Governor Tim Walz says the doses should have been on their way to Minnesota, but were instead on a plane headed for Texas. 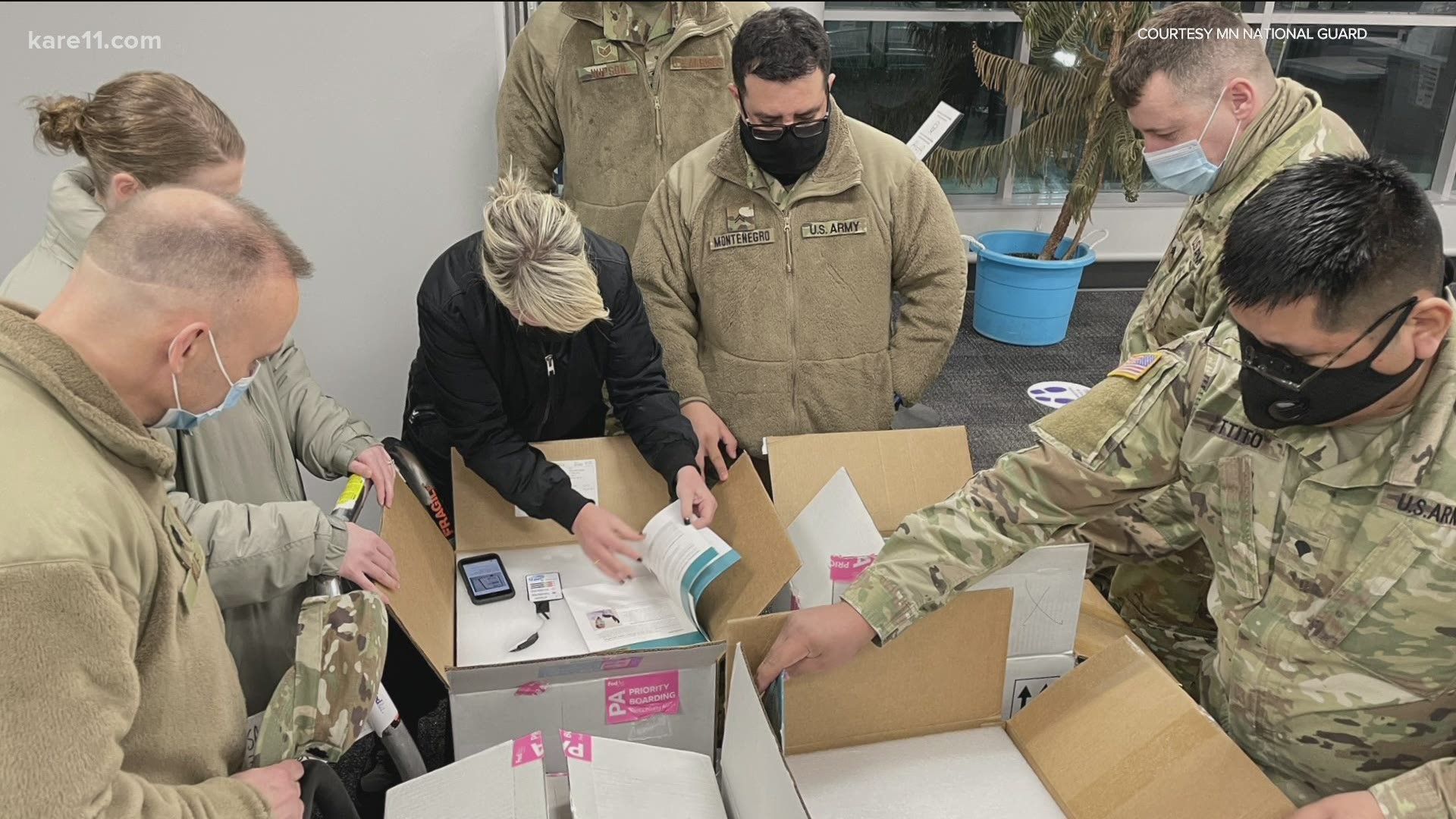 MINNEAPOLIS — Getting something from point "A" to point "B" is easy when you're sending one thing to one person, but when you're talking about sending millions of vaccinations to thousands of clinics across the country, Governor Tim Walz says mistakes are bound to happen.

That was the message Walz received Thursday night, when someone on his staff noticed that 9,000 doses of the COVID vaccine were missing.

These doses were scheduled to arrive in Minnesota on Friday, but instead they were on a plane headed for Texas.

Walz says someone involved in the distribution network put the boxes on the wrong plane.

So, Walz got on the phone and started making calls.

"You don't want to have to call the White House every day, but if we do, we'll get it,” Walz laughs.

Thanks to a few top officials at the White House, Walz says they got the doses on a new plane headed for Minnesota.

The doses landed at the Minneapolis-Saint Paul Airport around 7:00 p.m. Friday night.

“And I knew that we had appointments scheduled the next morning. So, I activated some of the great National Guard folks. They got into teams in their vehicles and they picked up the doses at the airport,” Walz explains.

The National Guard members then delivered the doses Friday night to clinics in Thief River Falls, Fergus Falls, North Mankato and Rochester so they were ready to go Saturday morning.

"And as we're speaking now, they're going into the arms of Minnesotans,” Walz says.

A successful mission, but unfortunately, countless other clinics across the state didn't get their doses in time this weekend.

Walz says the severe weather down south is causing massive shipping delays across the country.

Several clinics were forced to close up shop on Saturday because they didn’t have any doses to give out.

At the Minneapolis Convention Center, clinic workers put out signs that said all appointments have been postponed until the doses come in.

The governor's office says this whole issue with shipping delays isn’t over yet.

Clinics may have to cancel additional appointments in the coming days if they’re not able to get enough vaccinations to meet demand.