While MDH says the new strain is more contagious, no data suggests it is more deadly, and officials believe vaccines should still be effective. 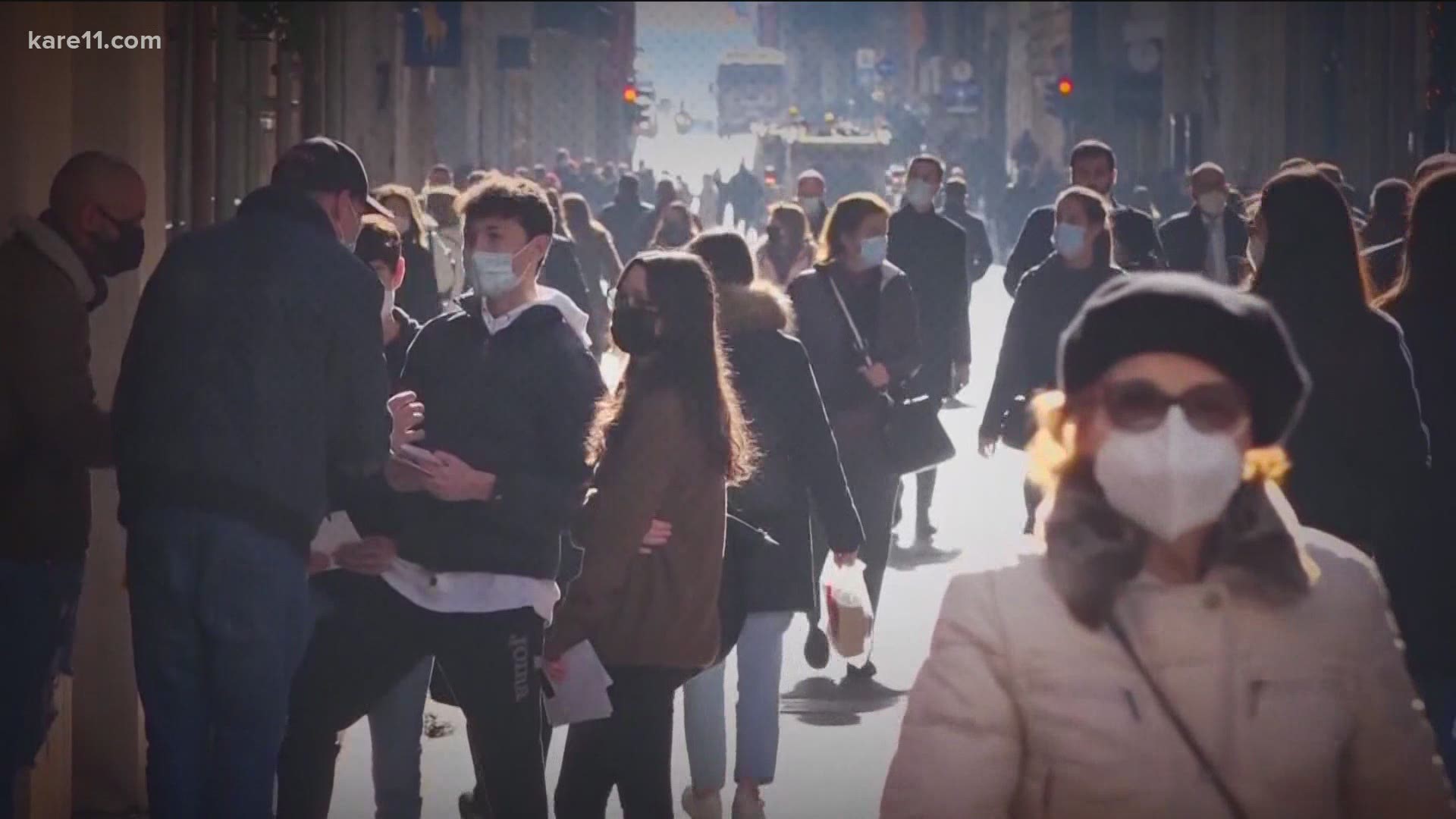 ST PAUL, Minn. — The Minnesota Department of Health (MDH), in collaboration with the Centers for Disease Control, is reporting five cases of a new COVID-19 variant originally found in the UK within the Twin Cities metro.

MDH says none of the five individuals, who range in age from 15 to 37 years, has been hospitalized, but states the earliest onset of illness for at least one individual was Dec. 16.

The health department says it is investigating how the individuals were initially exposed, as well as any additional spread resulting from the cases.

State Epidemiologist Ruth Lynfield points out that the spread of this new variant to Minnesota, which had already been found in other states, was both expected and inevitable.

“It’s important to note that this variant strain of the virus has been found in other states in the U.S., so we were expecting to find the virus in Minnesota," Lynfield says. "Knowing that it is now here does not change our current public health recommendations.”

She went on to note that although the new strain has the capacity to spread more easily, research available thus far does not indicate it to be more deadly - and MDH guidance on stemming the spread of COVID-19 remains unchanged at this time.

Perhaps most importantly, MDH Director of Infectious Disease Kris Ehresmann says studies indicate the vaccines currently being deployed across the country are still effective against the new strain.

Yet she offered a cautionary note. "This virus makes it really hard for people to know whether they or the person next to them is infected – whether this strain or another strain – so we all need to do our part to protect ourselves and each other," Ehresmann said.