State officials say every dose was used, and more than 1,000 extra people received a vaccine because of extra doses. 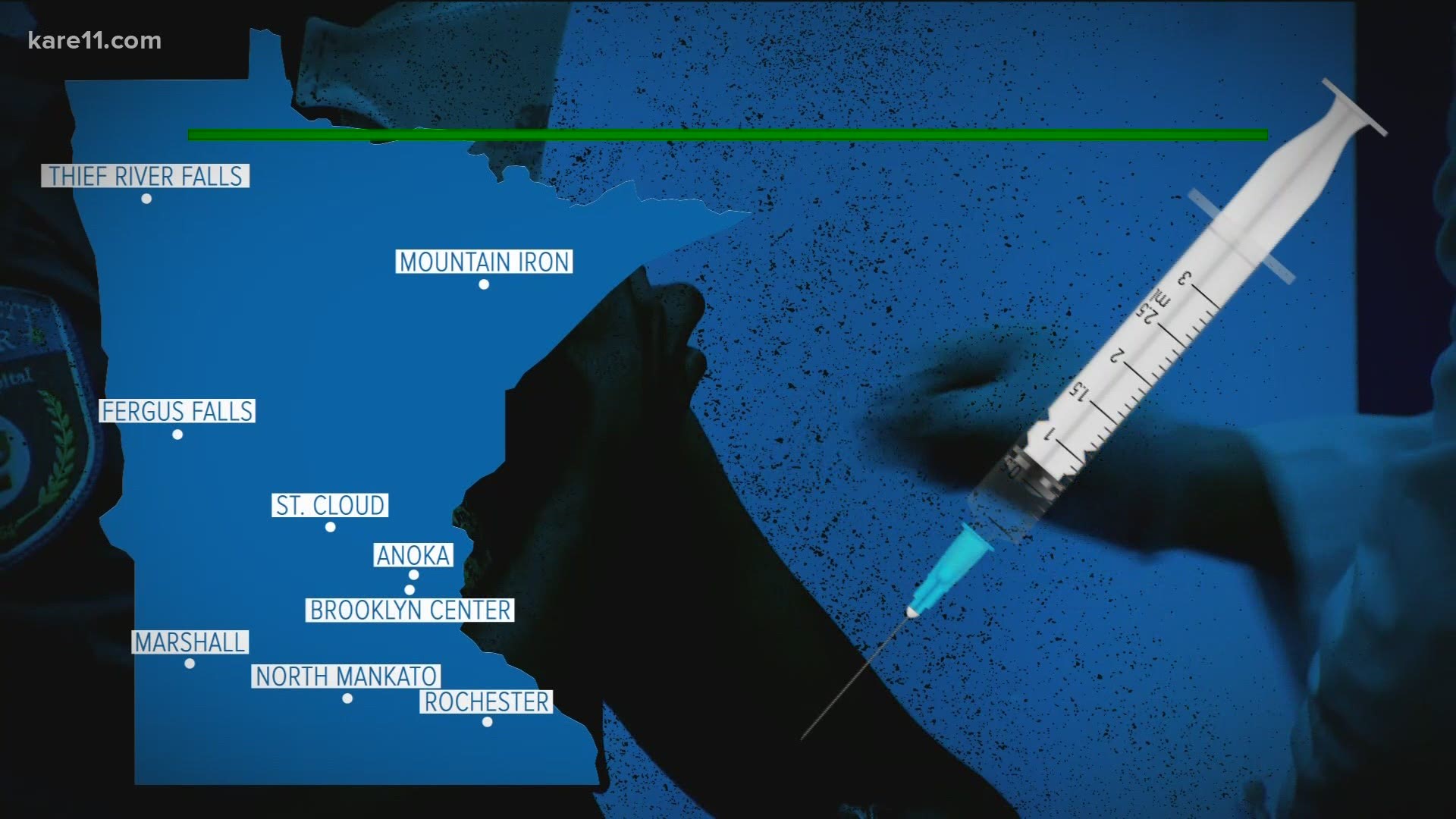 More than 13,000 people were vaccinated in the first few days at the nine state-run pilot sites, about 1,000 more than expected because of extra doses available.

Running an in-home daycare, Amber Gullingsrud from Pelican Rapids was excited to be one of the childcare providers randomly selected by the state to receive a COVID-19 vaccine.

"They just put all of our license numbers in a pool, and I got an email and was randomly selected," Gullingsrud said. "It's a huge relief to me. It's nice to have, especially with people coming in and out of our house."

Gullingsrud got her vaccine in Fergus Falls – one of nine pilot sites opened around the state that began administering doses Thursday, Friday and Saturday. A governor's spokesperson says more than 13,000 people were vaccinated and that no vaccine doses were wasted out of open vials.

That's important, because the vaccine must be administered within a couple hours of being punctured. Saturday in Fergus Falls, health officials put out a social media post looking for more people, because they exhausted the wait list.

RELATED: What Biden's national COVID-19 plan might mean for Minnesota vaccinations and testing

At that location, Gullingsrud says it only took five minutes to register and get the shot, and 15 minutes to wait – socially distanced – to make sure there's no allergic reaction.

"I thought it was very well-run. Very smooth. There were no hiccups whatsoever," she said.

Primary.Health, the technology company running the registration website – says they are upgrading the system for Tuesday, when at noon, people over 65 can begin signing up again.

A lot of people had to wait on the site for hours, as the site received up to 10,000 hits per second. But by late afternoon, all appointments were filled.

This week, Minnesota will have the same number of doses at the pilot sites. Primary.Health expects broader rollouts in the coming weeks.

State officials say you have a better chance of booking a vaccine appointment using the website than on the phone hotline, which is 833-431-2053.

And if you get through, they book appointments for the first and second doses of the shot all at once.