Nearly one week since Minnesota moved into ‘Phase 3’ what have we learned so far?

Are businesses following the rules? Are the number of COVID-19 cases going up or down? 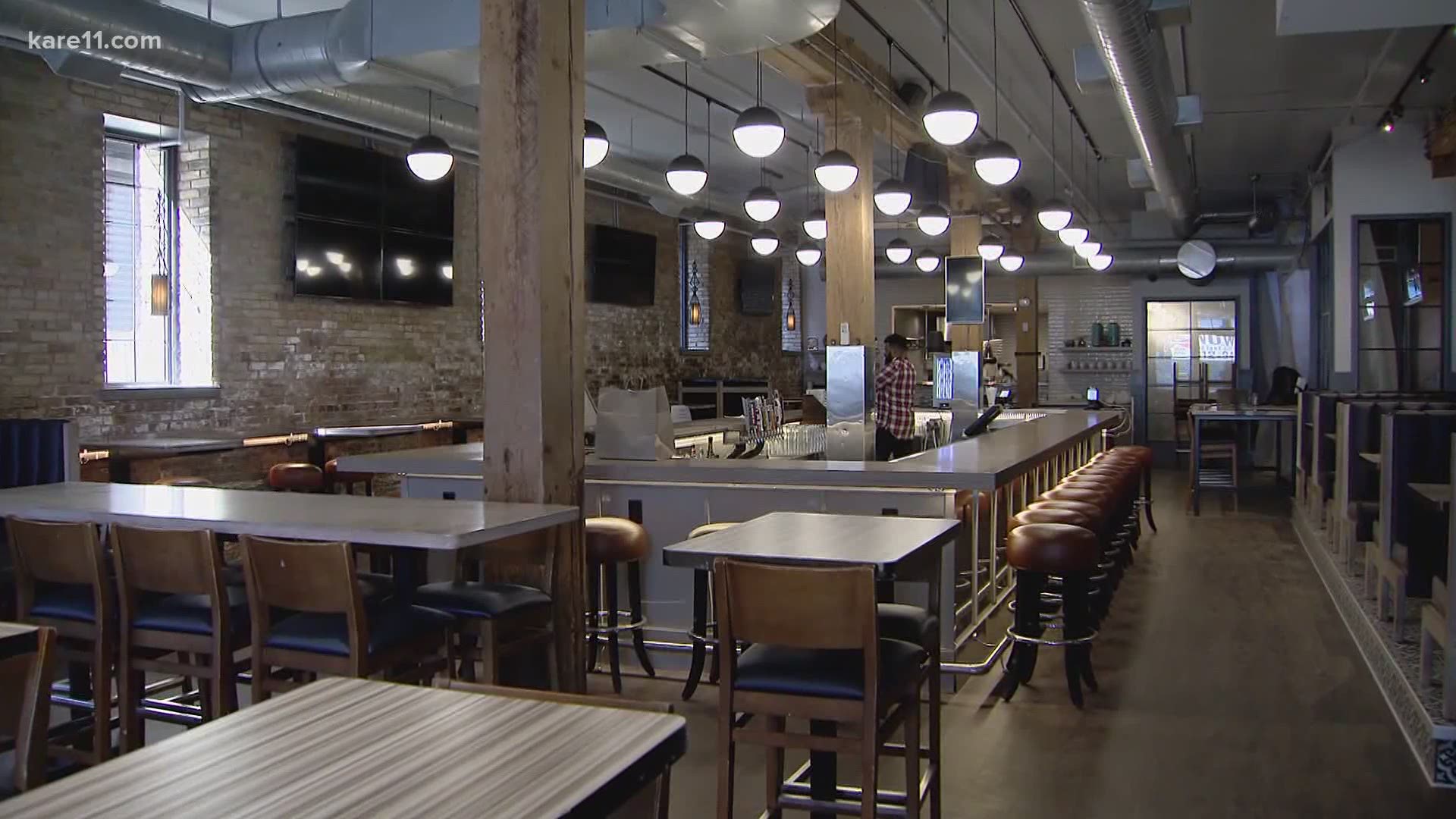 MINNEAPOLIS — It was the news thousands of business owners were anxiously waiting to hear, the economy is back open and ready for business.

The “new normal” as many have called it, comes with plenty of guidelines and rules, but are businesses actually following them?

The Minnesota Department of Labor and Industry is one of the main state agencies in charge of enforcing these “Phase 3” rules.

Commissioner Nancy Leppink says it’s difficult to say whether business owners are being compliant, because many of them are still learning the rules.

“Since many of these businesses are just re-opening, our posture is to ensure that they have good information and to work so that they have answers to their questions,” Leppink says.

Once this learning period is over Leppink says enforcement will be carried out by numerous entities and individuals.

RELATED: After nearly three months, a return to indoor dining in Minnesota

She says enforcement starts with inspections from members of her department, as well as OSHA inspectors and other licensing agencies.

“Many licensing entities that give licenses to these specific industries are making it clear that htey will be looking at compliance as well,” Leppink says.

Once an infraction is identified, Leppink says inspectors will notify the business owner and will explain what changes need to be made.

If an owner chooses not to follow those guidelines Leppink says her agency would then either refer the case to local law enforcement or the state attorney general’s office.

She says a majority of cases don’t make it that far, because most of the infractions her department sees are caused by business owners who don’t fully understand the rules

“It’s an evolving process and there are a lot of questions owners have and a lot of confusion. So, we’re working to answer those questions the best we can,” Leppink says.

This is where customers can play a role, she says.

If a customer sees something at a local business, church, or other community building, they should first tell the owner or manager about their concerns.

However, if those concerns aren’t addressed, or the infraction puts members of the public in great harm, community members are encouraged to report these infractions to the labor department.

“Our ability to stay the course that the governor has set is absolutely dependent on workers, employers, customers, taking this seriously,” Leppink says.

She says the public plays an important role in holding business owners and other community leaders accountable.

“It’s up to all of us to keep things in the good spot that we’re in right now,” Ehressman says.

Ehressmann says it's too early to tell if the “Phase 3” re-opening of businesses will have any effect on the number of cases, but in earlier phases she says the numbers look promising

"We’ve seen individual cases, but we haven't seen clusters that are directly related to opening up. For instance, “retail establishment X” or “house or worship Y.” We haven't seen any sort of clusters associated with that aspect of opening back up,” Ehressman says.

With the incubation period for the virus being 14 days, Ehressman says it may be another 2-3 weeks before MDH has enough data to draw any conclusions.

She says those numbers will greatly depend on business owners and their staff and how seriously they take these guidelines.

“Let’s enjoy the numbers we’re seeing the progress we’ve made, but it’s also important to realize that if things to get dramatically worse, we’re going to have to re-evaluate where we’re at to see if any changes need to be made,” Ehressman says.

Anyone who is concerned that a business may not be following the current “Phase 3” restrictions or guidance can report it to Minnesota OSHA at 651-284-5050 or at OSHA.Compliance@state.mn.us.