New federal vaccine guidelines 'surprised all of us' says MDH

The new guidelines are meant to vaccinate more people but Minnesota health experts say the supply has not increased. 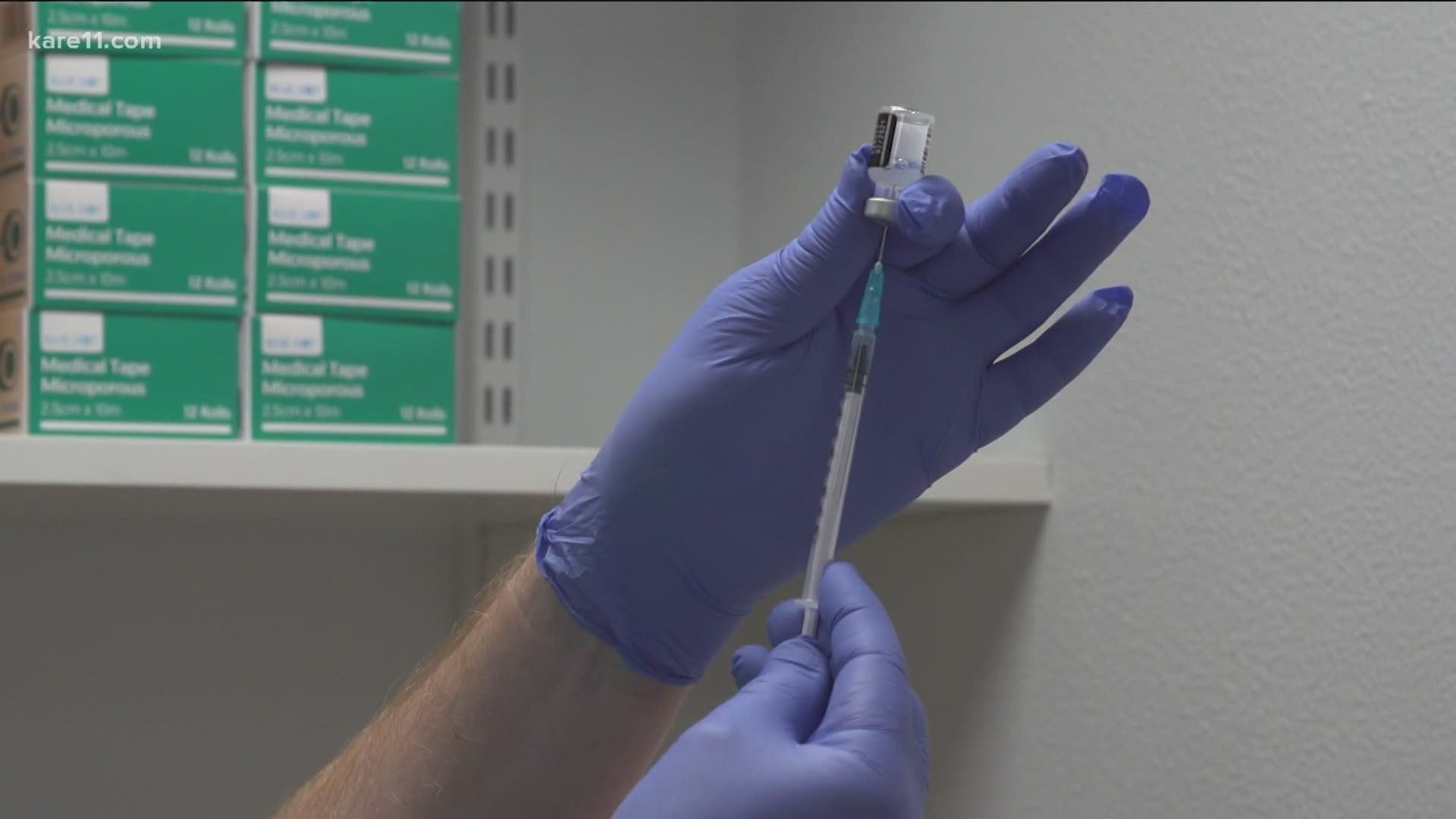 ST PAUL, Minn. — Just a day after the federal government unexpectedly changed its guidance on doling out vaccines, the Minnesota Department of Health is updating lawmakers on how it now plans to move forward.

"The bottom line is we now have a lot more people going to be enthusiastic about vaccination and we don't necessarily have more vaccine," said Ehresmann.

MDH says it planned to vaccinate another priority group in early February that includes people 75 and older. The new guidelines includes people 65 and older, plus anyone 14-64 who have underlying health conditions - totaling 2.2 million people. On average, the federal government is giving Minnesota about 60,000 doses a week.

"Even if we got our allocation doubled, that would mean it would still take us about 19 weeks to reach this entire population," said Ehresmann.

Commissioner Malcolm says there is an advantage to vaccinating a broader group - it's simpler for people to understand and there are fewer questions about who falls into the group. Still, MDH is left with making the process orderly and tempering people's expectations when the supply and demand of vaccines is still so mismatched.

MDH also says the new guidelines especially impacts occupation-based priority groups, like educators and some first responders. They expected to be vaccinated soon but now that is "up in the air".

Those same health experts also say they want some written guidance from President-Elect Joe Biden's team about how to proceed with the vaccine rollout.