The public vaccine data dashboard will detail the progress of the vaccine allocation, distribution and administration. 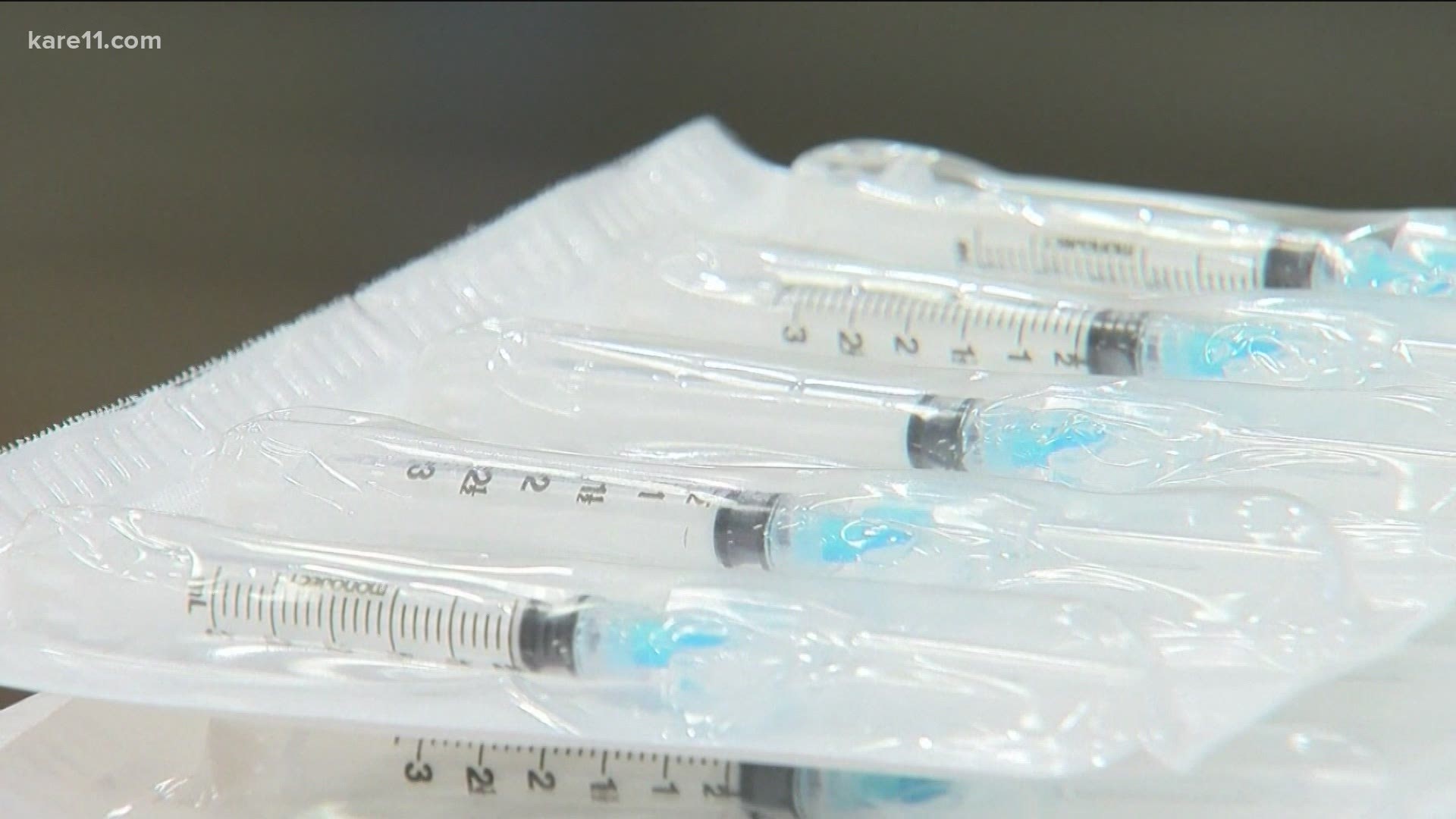 ST PAUL, Minn. — The Minnesota Department of Health (MDH) is launching a new online tool so people can track how many vaccine doses there are in the state and who's being vaccinated right now, among other things.

Minnesota is still in the midst of vaccinating its first priority phase, including those living and working in the state's 370 nursing homes and nearly 2,000 assisted living centers.

"We just need to make sure there's enough vaccine ramped up in production so that as we continue to do these clinics there will be no panic from people who think they're never going to get it," said Cullen who is the CEO of Care Providers of MN, a non-profit that represents some of the state's congregate living facilities.

To track the vaccine, state officials released a "data dashboard" that let's people see the types of vaccine, how much the federal government promised Minnesota for the week and its distribution progress all in one place that MDH calls "user friendly and transparent".

"I think it'll give the public a real good idea of the fact that progress is being made," agrees Cullen.

The data can be slow to update though because it takes several days for doses to be shipped and some facilities have up to 72 hours to report their progress before it's entered into the dashboard. MDH says it will still be updated every day, county by county and even by gender and age group.

As of Tuesday, the dashboard shows more than 144,000 Minnesotans have gotten at least one dose while 7,392 have completed both.

"I think as the first tier is done, I think that's when the difficult decisions will come because everyone wants to be special," said Cullen.

The state is ramping up vaccination clinics to seven days a week and Cullen says local nursing homes should be vaccinated by the end of January, and assisted living centers a month later.

RELATED: US asking states to speed vaccine, not hold back 2nd dose