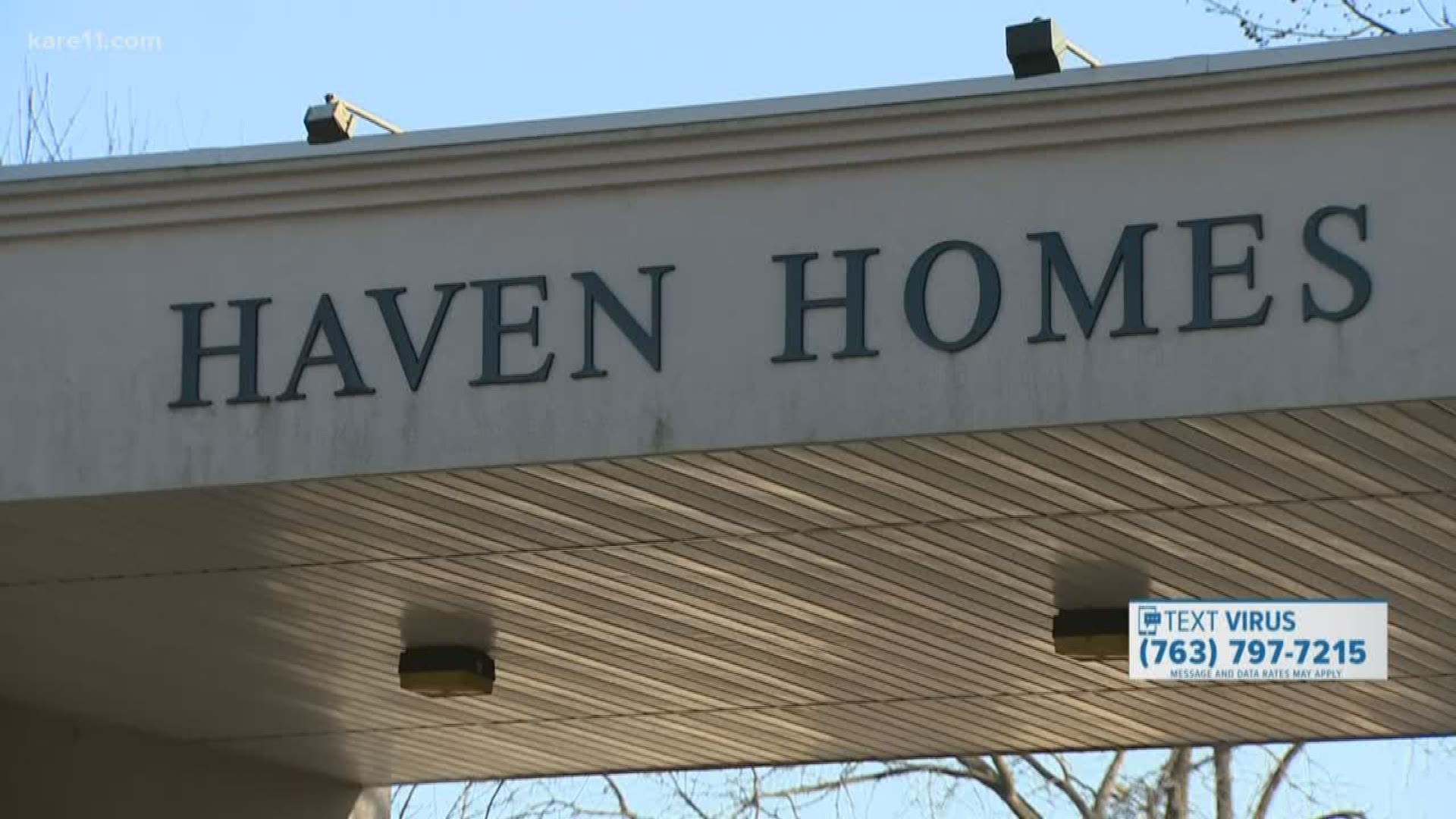 MAPLE PLAIN, Minn. — She lives just ten minutes from her parent's skilled nursing facility, yet Carla Smith can't go in to see them.

Such has been the reality since Haven Homes in Maple Plain closed its doors to visitors to prevent the spread of COVID-19.

But on Monday Carla was back inside – virtually.

“I’m heading to the lobby where my parents are sitting,” Carla says.

Sitting by her fireplace, Carla works her laptop keyboard, steering a robot on its way to visit her parents.

“How are you?” Carla asks her parents upon her virtual arrival.

Jim Smith, Carla’s 89-year-old father, is grinning ear to ear at his daughter on a video screen in place of the robot’s head. “Isn’t this amazing,” he says.

The Robot, adorned with a yellow bowtie, was hastily put into service last week at Haven Homes, but the facility’s owner, Cassia, has been experimenting with video robots for a couple of years.  Eight others are also in service across the six states in which Cassia operates.

RELATED: When you turn 7 during a pandemic, and your party gets canceled, your neighbors might have other plans for you

RELATED: Wedding scrubbed by COVID-19, couple figures out a way

Haven Homes’ families are now being trained to use the robot for visits no longer possible in person.

“We’ve been mostly waiting for the call all day long,” Jim tells his daughter.

“We have to be patient,” Carla’s 93-year-old mother Mary says with a laugh.

Katie Novotny, Haven Homes’ Administrator, has quickly become a fan of the robot, designed - not for nursing homes – but office use.

The Smiths are a prime example of how it helps. Mary’s hearing loss and the lingering impacts of Jim’s stroke have made phone use difficult.

“When you have the iPhone or the iPad you’re relying on more the staff to be there to answer that,” Novotny says.

But the robot is something families can activate from home and use on their own. “And when they’re done then the family member can just go back and park,” Novotny says.

The robot's manufacturer, California-based Suitable Technologies, has seen a spike in interest, but has suspended manufacturing while in Chapter 11 Bankruptcy.

Co-founder Bo Preising says the company still has robots in inventory and is exploring ways to distribute them. "I believe there is a way for us to do some of this," Preising says.

A Cassia representative has been talking with Preising about sending more robots.

It's a delivery Jim Smith would support.

“It’s a great day to be alive,” he tells his daughter.