Though he will help advise the next U.S. President on COVID-19, Dr. Michael Osterholm says efforts to curb the surge need to start now. 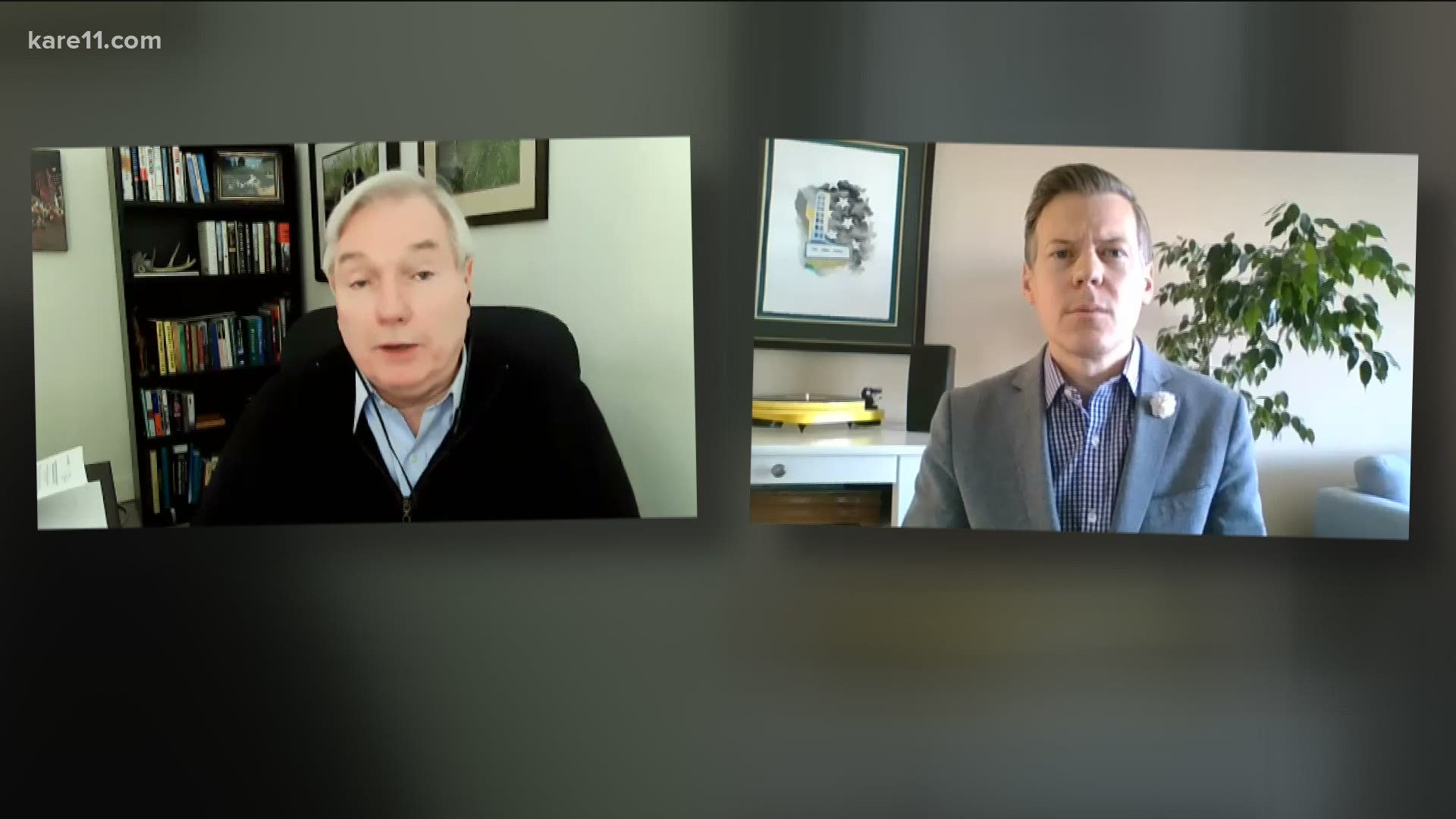 MINNEAPOLIS — This week, Dr. Michael Osterholm, director of the Center for University of Minnesota Center for Infectious Disease Research and Policy (CIDRAP), was named to President-Elect Joe Biden's COVID-19 task force. But Osterholm says the action needed to address the surge of COVID-19 happening across the country, can't wait another day, let alone until Inauguration Day.

"I'm appealing to all Minnesotans, please understand, this is real," Osterholm said. "It is serious. It is going to get a lot worse. 1,000 to 1,400 people are dying every day across the country and that number is going to go up in a major way over the upcoming weeks."

Osterholm says it's only a matter of time before the stress being felt across Minnesota hospitals begins to overwhelm ICU capacity.

"Unless we do something to change that trajectory, we are going to be seeing lots of compromising activities take place in healthcare where people are going to have choices made for them about who gets care and who doesn't," Osterholm said. "It's, in large part, due to the fact that we only have a limited number of healthcare workers, particularly those with expertise in things like intensive care medicine."

Despite new guidelines for gatherings and new restrictions on bar and restaurant closings in Minnesota and other states, Osterholm says governors' hands are tied because they can't dial back much more without devastating their economies due to a lack of federal financial support.

"Unfortunately, all 50 states are really on their own," he said. "I have talked to four governors who have contacted me in just the last day, hoping that there could be more effort made to come up with a standardized national approach."

Dr. Osterholm proposed his own national approach in a New York Times Op-Ed back in August. He and Neel Kashkari, president of the Federal Reserve Bank of Minneapolis, called for a national lockdown "for up to six weeks to crush the spread of the virus". The plan also hinged on providing financial support for those impacted. "We can finance the added deficits for COVID-19 relief from our own domestic savings," the article stated.

"What we proposed is the ideal, but in this world today, I don't see the practicality of this because the general public and too many of our leaders don't support it," Osterholm said, adding that he has not discussed it with Biden or the task force.

Erdahl: "So if not a 4-6 week lockdown with compensation, what do you think that looks like?"

Osterholm: "I have advocated, from day one that there has to be compensation for what is lost in our communities. People who lose wages. People who lose their businesses. We should be compensating for that. That has to come from Washington. We need that stimulus support. Without it, we're not going to be able to respond from a public health standpoint in any effective means. Also, we're only going to exacerbate the pain and suffering in our communities. We need to keep our schools open, and the way we keep our schools open is to minimize the number of cases in our community."

Erdahl: "But at this point right now, where we're at, do you believe schools really can stay open?"

Osterholm: "I think they can't right now, in any effective means, because of the level of transmission in our communities. I know this is not popular, but do you want to have bars and restaurants open or do you want to have your schools open? What do you want to do? At the same time, when I ask that question, I'm fully prepared to support bars and restaurants in their economic difficulties. We should be supporting them. We shouldn't let them hang out by themselves. I don't know a small business person in Minnesota that doesn't want to do the right thing, but when your business is hanging by a thread, you've got to have that support."

Erdahl: "What happens if Congress can't come to an (stimulus) agreement before January 20th?"

Osterholm: "I can only imagine how bad this is going to get. I am, unfortunately, convinced that we will see behavior change. We will see people taking much more heed of the public recommendations to limit transmission, but if it occurs only after they start losing loved ones, what a tragedy it is that we had to get to that point, and I think that's what we're up against right now."