Pandemic pains: How a year working from home has affected our bodies

You don't have to get COVID-19 to suffer ailments from the pandemic. 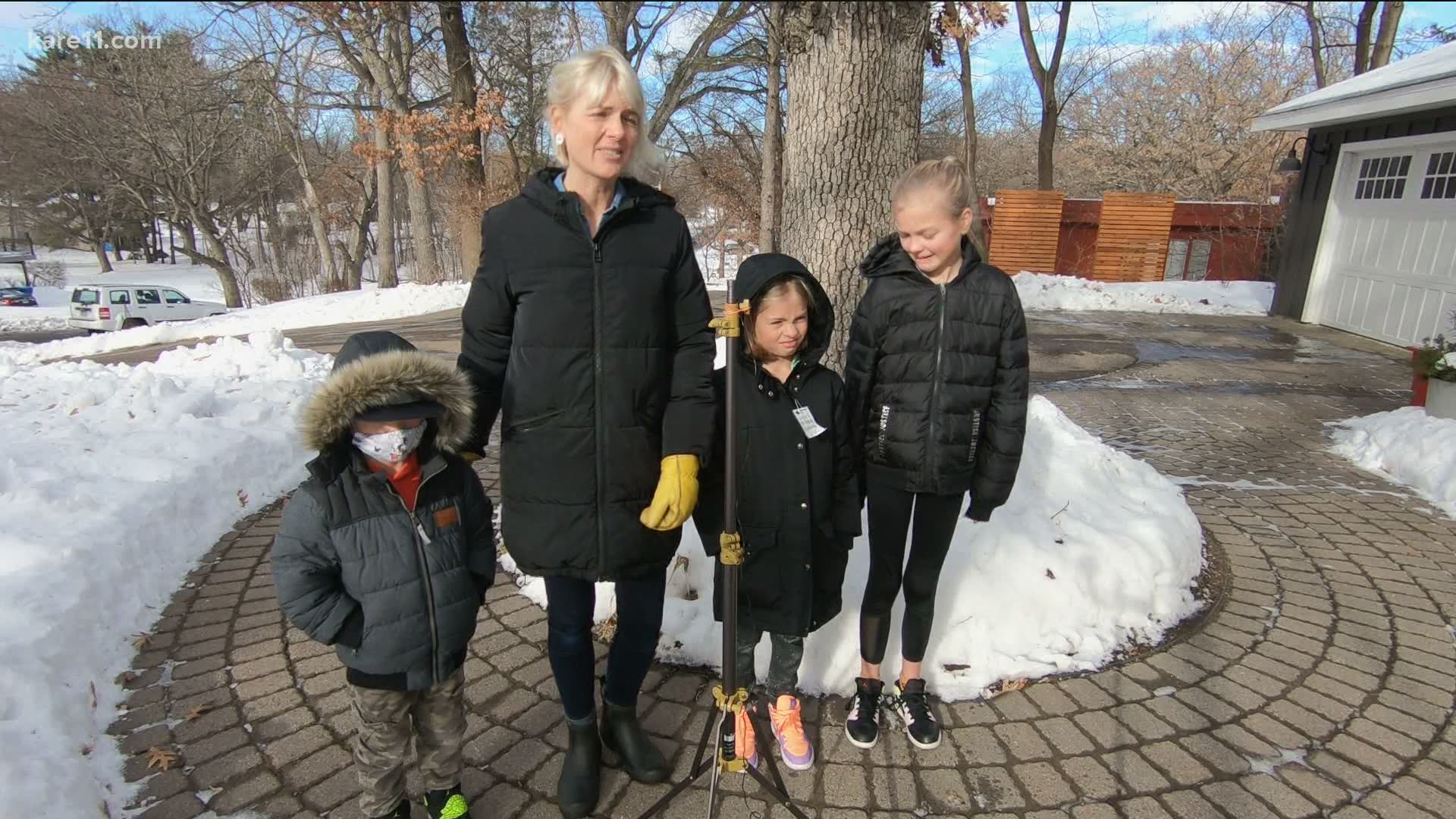 MINNEAPOLIS, Minnesota — In the past year, changes to our routines have left us at times out of tune with our bodies.

As a musician, prior to March 2020 Adam Levy of St. Paul was used to performing on stages. Now he's spending more time at home.

"I'm home all day long in bare feet," Levy said. "I live in an artists' loft so it's concrete floors and I realized I was putting undue compression on my feet."

Levy did more research and realized he had plantar fasciitis, one of the most common causes of heel pain.

Since working from home, more people are reporting everything from neck and back pain to headaches and sore feet. For some people, working from home is nothing new. But the pandemic caused a sudden shift that left employees who were used to going into offices, creating makeshift work spaces in their homes.

Levy's partner, Wendy Whelihan of Minneapolis, has noticed a change even though she normally spends several hours a day sitting as a couple and family therapist.

"Being home has meant that there's just been subtle changes of a little less activity. So instead of walking down a flight of stairs, I end up just going in the room next door. Those changes have kind of accumulated and ended up leading me to feel kind of sore and sore muscles and tension in the muscles," Whelihan said.

RELATED: VERIFY: Will 'work from home' affect how you file your taxes?

Kenisha Ama'anii of Amuure Holistic Healing in Bloomington said "tech neck" is the most common issue she sees with her clients. Pain in the neck and shoulders can come from hunching over your phone or computer. Ama'anii said most of these issues occur from people working from their bed, couch or even a kitchen table with a regular chair.

"It's actually more now than before because they've kind of been in this situation for an extended period and so they've been sedentary, sitting in these scrunched positions for a long time," Ama'anii said.

With people not moving as much, Ama'anii said she sees injuries that would normally come from playing sports.

"I have a client who played tennis often and now she has a heel issue, issue with her Achilles tendon, just from petting her dog," Ama'anii said.

Chiropractor Jesse Lillejord, founder of CHIRO FOR MOMS and CHIRO FOR KIDZ in Wayzata, said these pandemic pains have also affected kids who are distance learning.

"The kids were in these positions where they'd have to be in front of a screen for longer periods of time and without their normal desks," Lillejord said.

One of Lillejord's patients, Honja Kocemba, noticed her kids Alfie, Cleo and Mila were having a harder time falling asleep.

"Nights are harder just because nobody is very tired. Their bodies aren't worn out from an adventurous day," Kocemba said.

Kocemba said her daughters were also experiencing headaches more. The kids are now back to in-person learning but during their time distance learning, they found it helpful to take breaks outside.

"I implemented doing morning walks which is really hard for me to do in the mornings but it's made all the difference in the world," Lillejord said.

Lillejord, whose two daughters were also distance learning, recommends keeping yoga mats out for stretching and using an exercise ball to help with posture.

RELATED: Getting back to fitness during the pandemic

"You're naturally going to be sitting up a little straighter; you're inducing the natural curve of your back. The balance component adds a lot for your core which is a big deal," Lillejord said.

For those who haven't already, Lillejord said it's worth grabbing equipment, like your office chair, from work.

Find things around your home to prop up your screens so you're not hunched over. Lillejord used a few board game boxes to prop up her laptop. Hartford Healthcare has tips on its website from an ophthalmologist on how to reduce eye strain while working from home.

"If you're on the pad... you get a lot of compression through that tunnel and that's the inflammation that really creeps in and it'll make your fingers numb," Lillejord said.

Ama'anii reminds her clients to take breaks to stretch and walk around.

"Set their timers on their phone or their smart watches to get up from their desk because a lot of times they kind of get trapped into these zones of working nonstop without actually moving," Ama'anii said.

RELATED: Pandemic messing with your sleep? Here are some tips from a local expert

Levy, who suffered from plantar fasciitis, noticed an improvement when he started wearing Birkenstocks inside for arch support.

With people also exercising more at home, Mayo Clinic said it's important to still wear athletic shoes to avoid some of the foot problems they have seen in patients.

"It's just been a stressful time. I think that politically, socially, as well as the pandemic, we've just been in this really intense period. I think that the stress around news cycles and paying attention to that takes a toll on your mind, and your sleep, and your body, and the way you eat, and everything," Levy said. "So just trying to be mindful of how to take care of ourselves is really important right now."

OTHER NEWS: Minnesotans divided on racism as a public health crisis