People contend with cold, snow and long lines to get COVID-19 vaccine at Minnesota's newest clinic

The three-day event launched Thursday and organizers expect to vaccinate about 9,500 people by the time it's over. 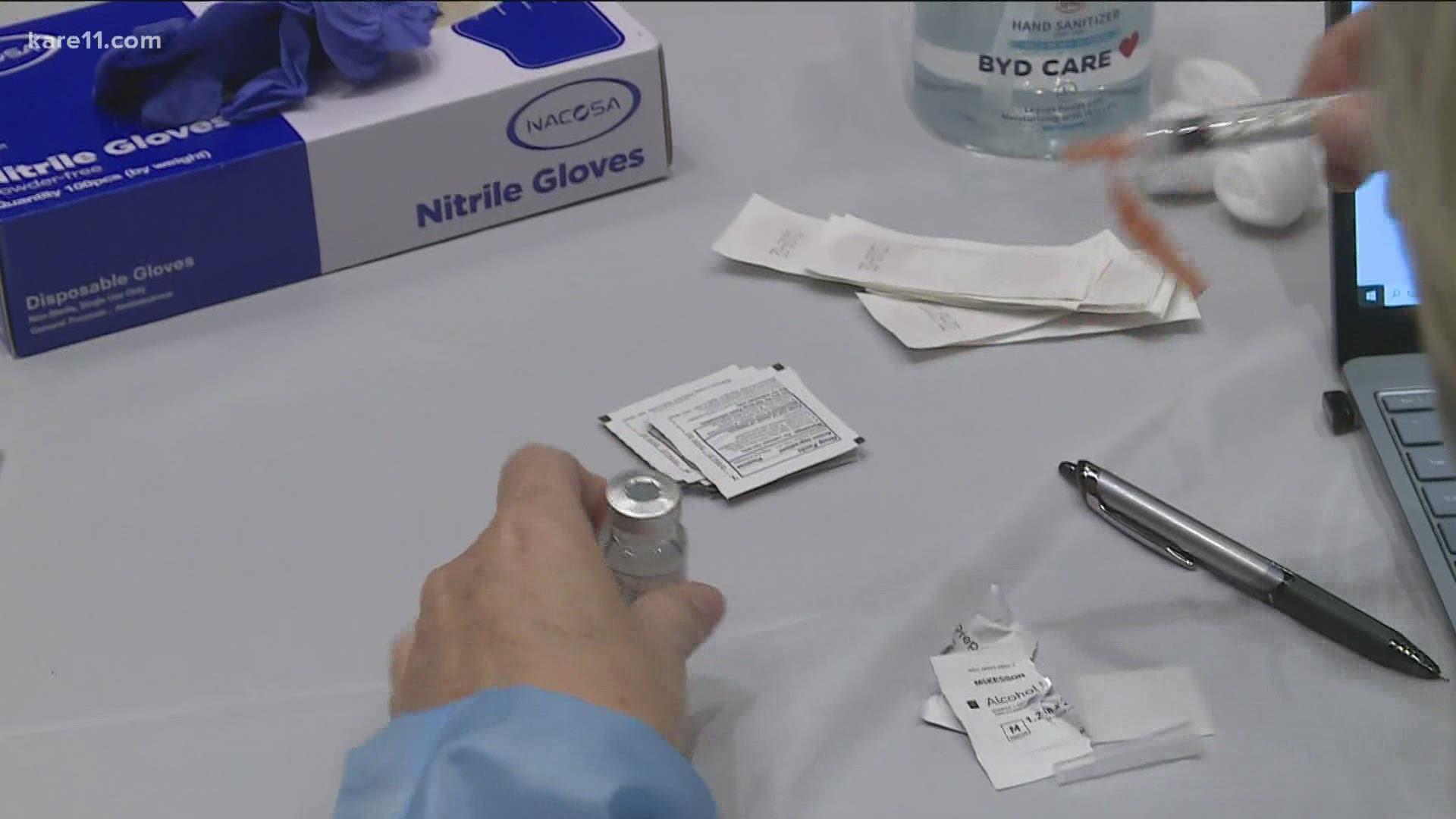 MINNEAPOLIS — Minnesota's newest vaccination clinic is now open for three days at the Minneapolis Convention Center. But if the weather makes you think twice about going, you may want to reconsider.

About 2,300 people are expected at the Convention Center for each day of the clinic. They're 65 and older, or educators and childcare workers, who randomly got invitations after registering for the state's vaccine lottery.

Joanette and Mike Hertaus are from Inver Grove Heights and showed up early for their appointment.

"When we walked all this way, we thought, 'Oh, this is going to take forever,' but we've only been in line for what, 40 minutes," said Joanette, who wasn't about to miss her slot.

"We were checking the weather and it didn't look like the snow was that deep and then he put the truck in 4-wheel drive and we were able to drive right through it," said Joanette. "If there’s any way we could make it, we were going to try. Some people aren’t going to be able to get it for a month or two, so we didn’t want to lose the chance when we had it."

The Minnesota Department of Health is cautioning people that if they skip their appointment for this event, they will lose their spot, but their name will go back in the lottery in the hopes it's selected for another clinic.

There are 10 different lines that funnel people to 41 socially-distanced sites run by nurses administering the shots. A recent vaccination clinic at the Roy Wilkins Auditorium had 75 sites. Joanette said, overall, the process in Minneapolis was quick, well-organized and the shot was painless.

"The lady who gave me the shot, she was very good and it didn't hurt at all," said Joanette. Her husband is an Army veteran and got his first dose last week. The two have been married nearly 53 years and Mike said he wanted to be by her side today, too.

"I think it's a blessing she was able to get it," said Mike.

The two encourage others to get vaccinated and are looking forward to spending more time with their grandchildren.

For now, the site at the Convention Center will be open every week, so it's possible your name could still be drawn for a future appointment. A similar site opens in Duluth on Monday.