The state is expected to release new guidelines Wednesday that will provide clarification to restaurants and salons/barber shops for a possible June 1 opening. 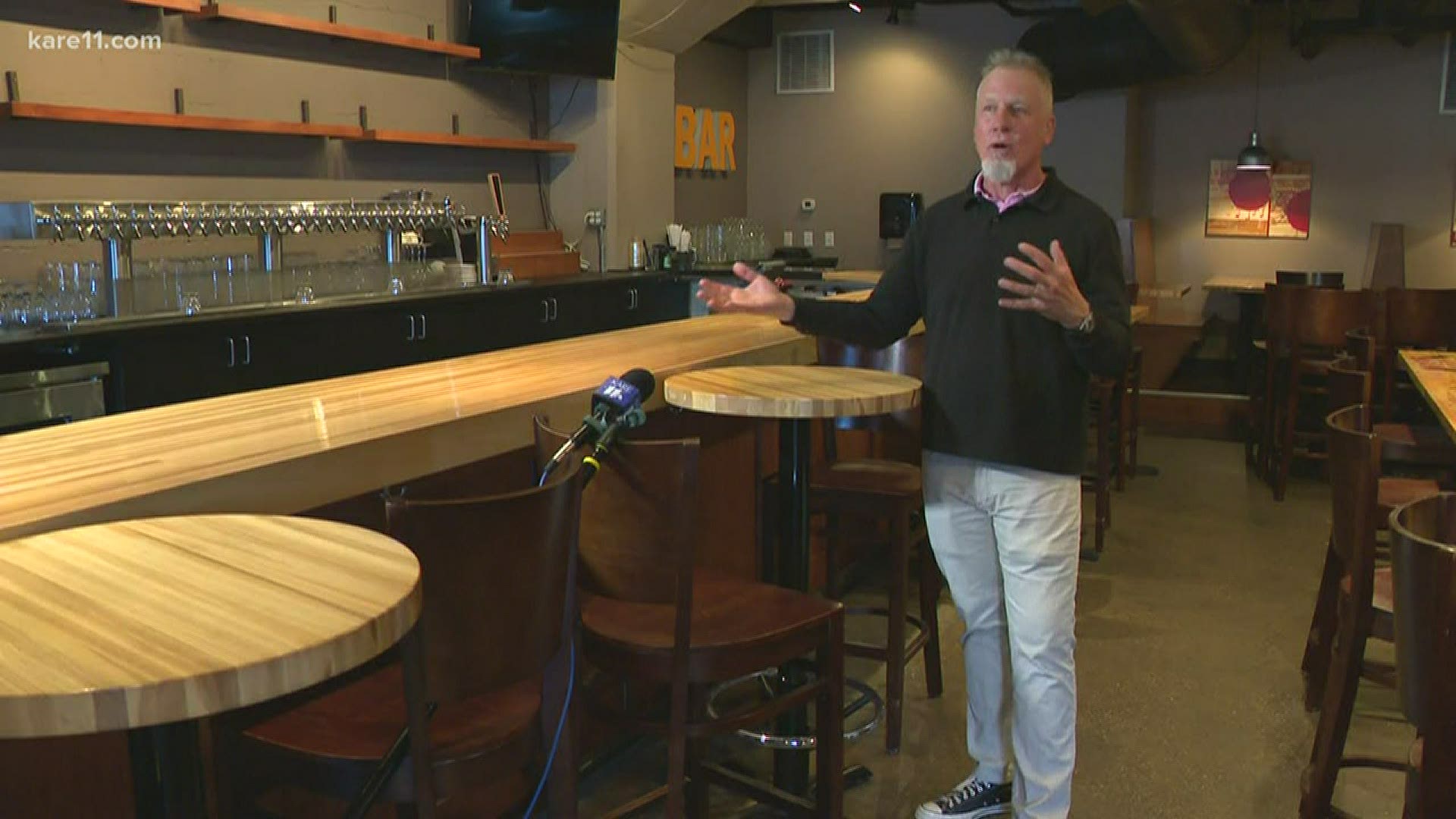 MINNEAPOLIS — The coal-fired pizza at Black Sheep in the North Loop hasn’t changed.

But the layout of the restaurant on Washington Avenue certainly has.

“I promise,” Black Sheep founder Jordan Smith said, “we are going to do everything we can do to make sure you’re comfortable when you come into one of our restaurants.”

The office of Governor Tim Walz confirms for KARE 11 that Mr. Walz will make an announcement Wednesday about guidelines for reopening bars and restaurants - along with salons and barber shops – a development that could happen as early as June 1, with limitations.

Smith and other restaurant owners have already worked to sanitize their buildings, rearrange furniture according to social distancing standards, and declutter spaces to minimize interaction.

At Black Sheep, Smith said he’ll take reservations for the first time and will move to either paper or digital menus via smartphone. And, of course: “Everyone in the restaurant will be masked,” he said.

Black Sheep is working with Minneapolis-based Shea Design, which handles up to 100 clients in the Twin Cities and is helping many of them prepare for the possible June 1 opening.

“They want to welcome you back in,” Shea Design’s Tanya Spaulding said. “They want you to feel safe, but also have a fun restaurant experience at the same time.”

Despite these preparations, restaurants are eagerly awaiting new state guidelines – which are expected to clarify what capacity will be allowed in the initial phase of reopening as early as June 1. Steve Grove, the commissioner of the state’s Department of Employment and Economic Development, tweeted that “phased plans for Bars, Restaurants & other places of public accommodation” will be announced at some point Wednesday. In his executive order last week, Gov. Walz tasked four of his commissioners with creating these guidelines and set a May 20 (Wednesday) deadline.

“If it’s 50 percent [capacity], it’s like, ‘Oh, that’s pretty exciting.’ We can sort of figure out how that operationally works,” Smith said. “If it’s a 25-percent number, it’s a lot more complicated.”

Either way – Black Sheep plans to have all Twin Cities locations open by June 1.

“We don’t know what’s going to happen,” Smith said. “We just hope that -- and are planning – on being here, when we get back to whatever the new normal is.”