Restaurant winter survival: Hibernations for some, 'ghost kitchens' for others

In hopes of surviving months of cold weather and COVID-weary customers, several local restaurants are going to extremes. 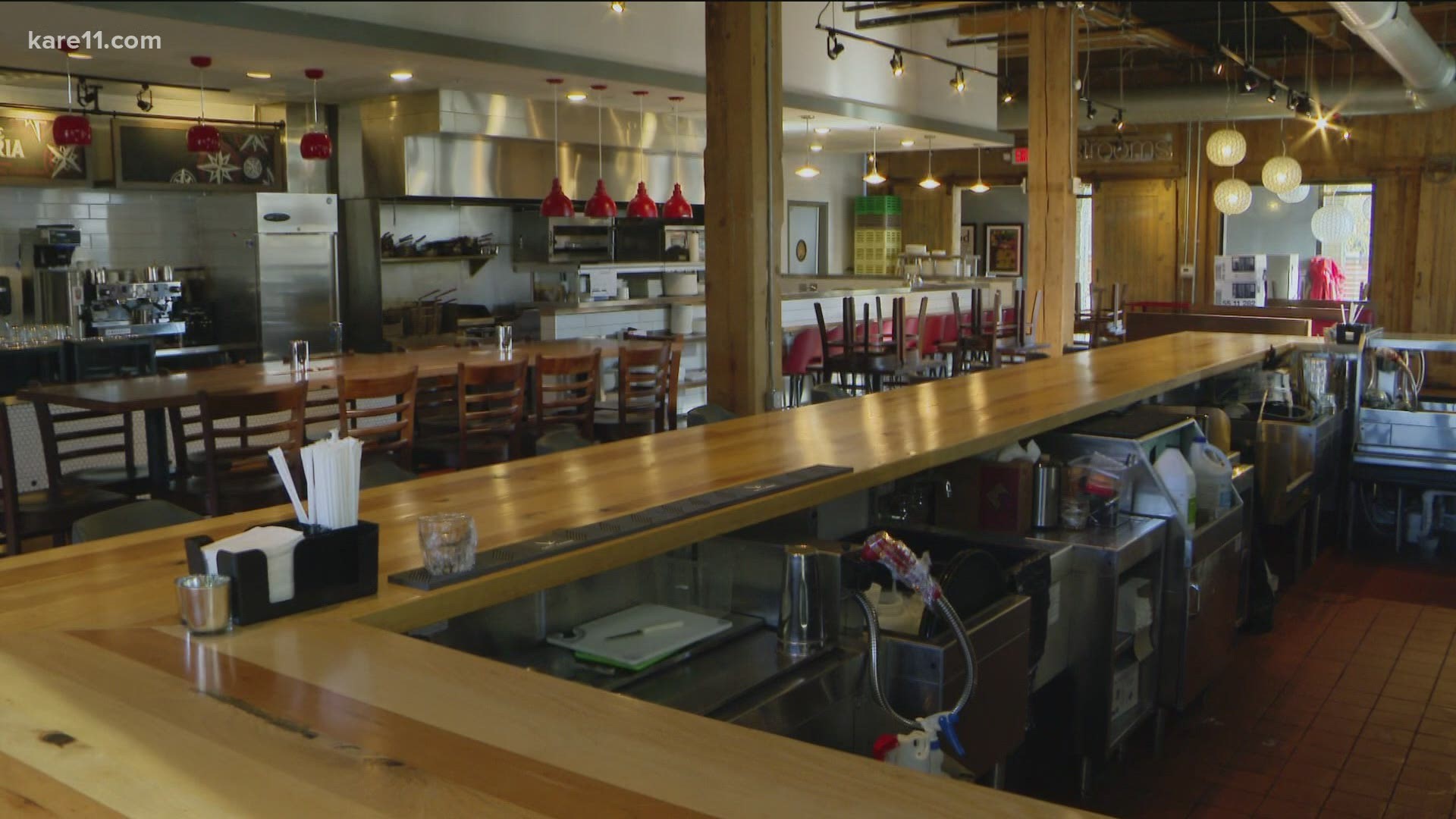 MINNEAPOLIS — In hindsight, the recent closure of Central N.E. Eat and Drink isn't all that surprising.

"We opened in July, so the timing was not ideal to say the least,” said owner Andy Cohen. "We tried to make the outdoor dining as big a piece as possible, but it was tough going for a restaurant just starting from scratch."

So instead of seeing hopes fade along with the warm weather, Andy decided to go into hibernation. Central N.E. made plans to reopen sometime next year, laying off and attempting to relocate staff in the meantime.

"That's the toughest part of it all, really,” Cohen said, speaking of the layoffs. "But we had to ask, how do we limit the bleeding, so to speak, to give us the best shot at coming out the other side.

Cohen is among a small, but growing, number of restaurant owners who have struck deals with their landlords in hopes that a winter hibernation will stave off permanent closures.

Others are opting to scale operations way back.

"Most of us in this industry are just, at this point, trying to survive,” said Alex Roberts, chef/owner of Alma Café, Hotel and Restaurant.

Roberts says his business is not going into hibernation, but it will stop indoor dining starting in November.

"For us, it was primarily looking at it from a safety perspective, for both our staff and our guests,” Roberts said. “Seeing people's confidence in the environment going down as they see the trends worldwide.”

Roberts says Alma will still offer counter service at the café on weekend mornings, and will continue online take out in the mornings and evenings, which includes a unique dinner for two.

“It’s really more like a curated dining experience,” Roberts said. “A first course, a kind of entrée inside, a dessert, as well as a suggested wine pairing so you can really dine restaurant style, but at home. We're also going to have the hotel open because it is socially distanced, and then we also will, by request, do private dining."

Star Tribune Food and Drink reporter, Sharyn Jackson, says Alma is one of several restaurants getting creative in the face of the upcoming winter adversity.

No, ghost kitchens aren't a Halloween thing, Jackson says it describes restaurants that are using their kitchens to produce new food and menus unrelated to their current brand or cuisine.

"The owner of Red Cow, he is using one of his dormant Red Cow kitchens to launch four different take out concepts that never existed before,” Jackson said.

Still, she says others, like Dark Horse Eatery in St. Paul, have opted for hibernation in recent days.

And though many, many more places have simply closed, she says some, like Surly Beer Hall, are leaving the window open for a comeback.

“Surly said they were closing indefinitely,” Jackson said. “Does that mean forever? Not necessarily, so we don't know. Some of the recent closing announcements that I've seen, there's almost always this little glimmer of hope at the end that this isn't the total end of the road for us.”

One thing everyone seems to agree on, winter will likely be hard, no matter what they do.

"We will be laying off all of our hourly staff and only retaining our core group of 10 managers, and that's the hardest decision that I've ever had to make as an employer,” Roberts said. “I've been an owner for 21 years and I've never done any layoffs until COVID.”

Come next year, he hopes to be hiring again.

"As soon as possible,” Roberts said. “If we see COVID rates dropping dramatically and for an extended period of time. If we see the vaccine be made available and people feeling safe to go out, obviously that's going to be an indicator for us to come back as soon as we can. But if that doesn't happen, we're really prepared to be in this holding pattern until next summer."