"It's a decision that we believe is in the best safe and health interest of our children," said Joshua Collins, Communication Director for Roseville schools. 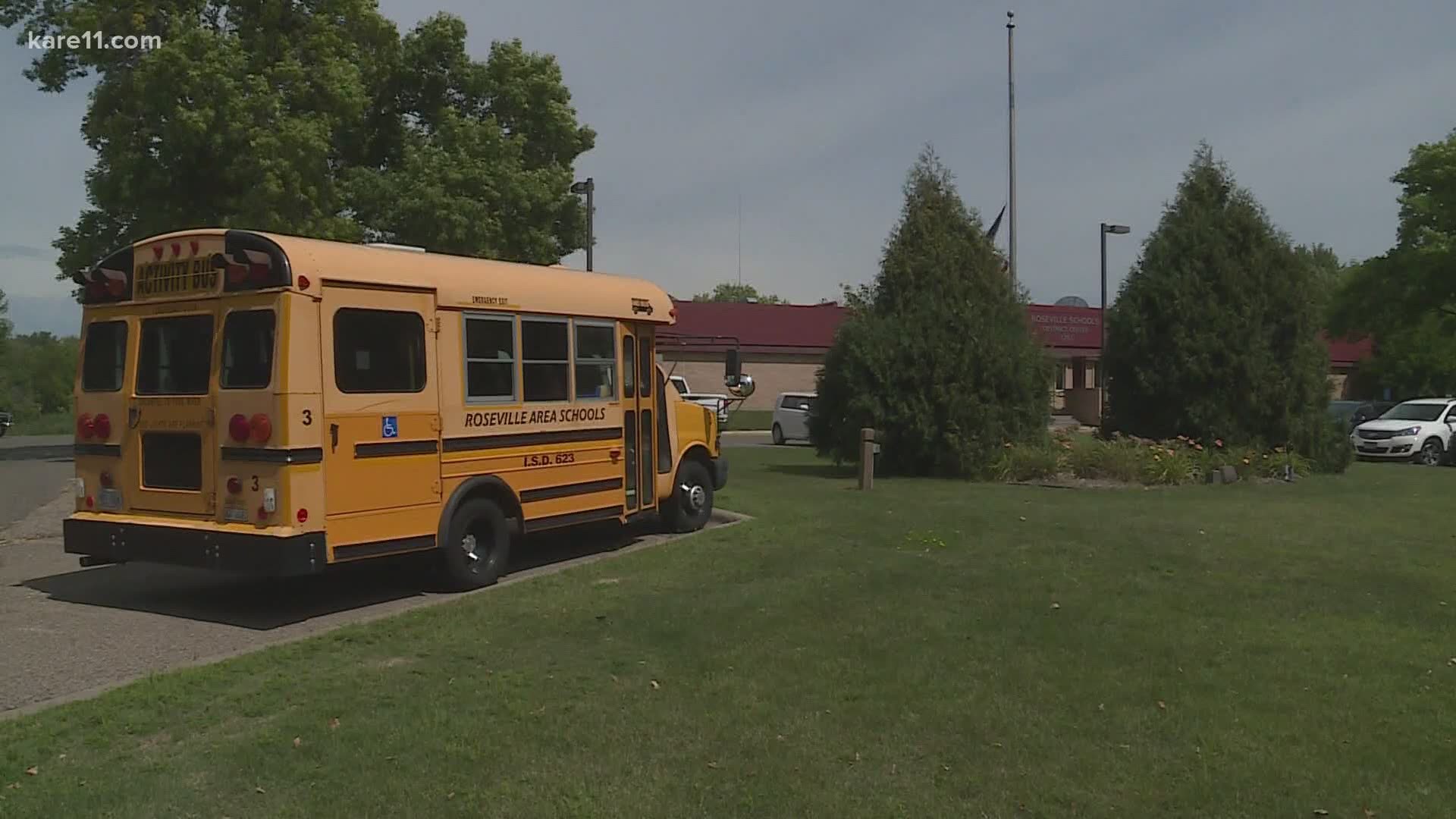 ROSEVILLE, Minn. — Tuesday night, leaders with the Roseville Area School District voted to pull back on hybrid learning, and will require students to do distance learning to start the school year.

"It's a decision that we believe is in the best safe and health interest of our children," said Joshua Collins, Communication Director for Roseville schools.

After 40% of parents in the Roseville school district recently voted in favor of distance learning – with the remaining 60% preferring a hybrid model – parents received the announcement informing them that district leaders are moving forward with distance learning, including all schools and all grades.

"As we looked at both the public health data but also the increase since earlier in the summer in the cases in Ramsey County, but also what we’re seeing around the country, that really helped us really look and focus on the health and safety factor as our driving concern," said Collins.

It’s a decision weighing heavily for parents on both sides of the playing field.

"I'm just trying to figure out how I’m going to manage it with working from home, that’s been challenging," said Breanne Callee, who has two kids in the Roseville Area School District.

"There’s no good answer for it but I think it’s the best answer going forward," said Mark Peterson, who has children in Roseville Area Schools.

In the guidelines outlined by the Department of Education, officials say the number of positive cases countywide per 10,000 people should serve as a guide for each district to determine how to re-open. Any county with 30 cases or more must proceed with distance learning.

RELATED: How universities like St. Thomas are preparing for the school year

"Here in Ramsey County we’re at about 21 positive cases per 10,000 residents," said Collins.

Which in this case, Roseville schools meet the requirement to allow an in-school option.

"The state allows districts to make the decision to be more restrictive than their metrics point but they do not allow us to be less restrictive," said Collins. He went on to say, "we also know that about 75% of our teachers right now with what they know do not feel safe coming back to school.”

While health and safety district leaders say are priority, for some parents, it’s a child’s well being that’s at stake.

"I just think that having the kindergartners go in and having some kind of introduction into the processes of school and having someone else guide you is really really important," said Callee.

The district plans to offer childcare for Tier 1 Parents, which include healthcare workers, teachers, and grocery store employees. They also plan to expand childcare services to other parents in need as long as space and the need for staffing allow.

RELATED: What this year's high school seniors should know about applying for college