The Minnesota Department of Health learned of the outbreak last week, and as of Wednesday had confirmed at least 33 cases. 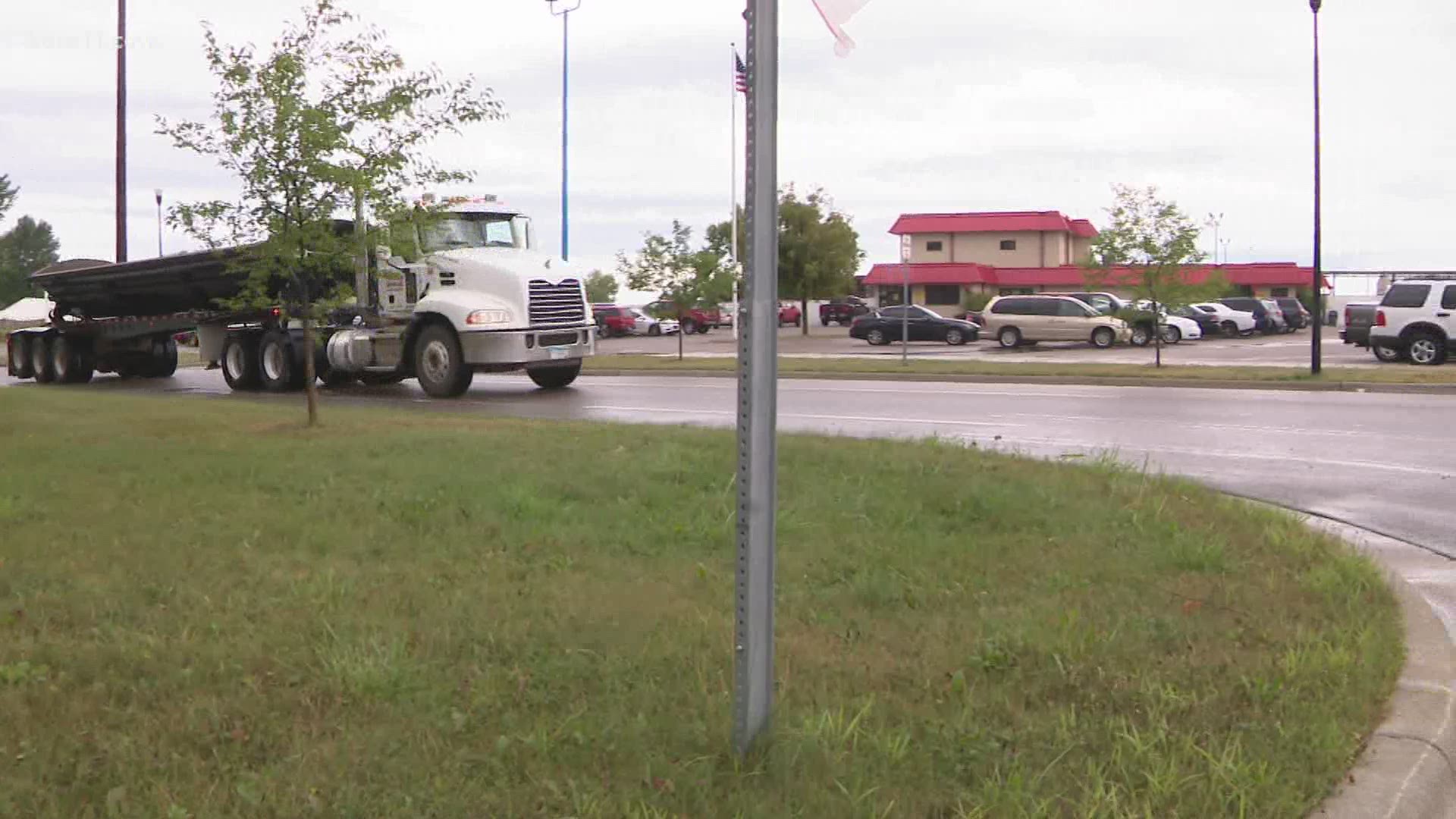 GLENCOE, Minn. — The Minnesota Department of Health (MDH) confirms that the Seneca Foods processing plant in Glencoe is dealing with an outbreak of COVID-19 involving dozens of workers.

An MDH spokesman tells KARE 11 the department learned last week about a growing number of coronavirus cases at the Seneca plant, mostly involving newly arrived temporary workers hired for corn packing. MDH says Seneca had every worker tested after hiring, but a lag in getting results back "hampered the company's, and Public Health's ability to monitor exposed workers or isolate asymptomatic (employees)."

As of Wednesday MDH says there are at least 33 lab-confirmed cases who reported working at Seneca during interviews with investigators, and another 12 suspected cases.

An MDH spokesperson says three of the cases have led to hospitalizations.

MDH says Seneca Foods has been "very engaged" in addressing the outbreak, and that the department is in discussions with Seneca and the McLeod County Public Health Department regarding retesting of employees and some expanded testing involving the Glencoe community.

McCleod County Public Health interim direction Meaghan Mohs says tracing the source or sources of the outbreak is difficult, as both seasonal and permanent workers have tested positive. Complicating matters is that Seneca's workforce comes from at least three different counties; McLeod, Sibley and Carver.

Mohs says the county, the city of Glencoe and other agents have been working with Seneca on procedures and space utilization to guard against the spread of COVID-19 on site. Like MDH, she speaks positively of the company's preparation before the outbreak, and their response afterwards.

"Seneca had done a ton of work on workplace mitigation before we even started working with them," Mohs said.

KARE 11 contacted Seneca Foods Tuesday for comment on this story, and so far have received no reply.

Seneca Foods has processing and packaging plants in 9 states. There are five plants here in Minnesota, at these locations.

The plant in Glencoe is the second largest in Minnesota with 60,000 square feet of space. Workers there process corn, peas, onions and mushrooms.

Some of the brands Seneca Foods owns that you may recognize include Aunt Nellie’s, Cherry Man, Green Valley, Libby’s, READ, and Seneca Snacks.

The company’s products are also packaged under several store brands.