Shakopee nursing home asks for pen pals, and boy, did you deliver!

The bounty was so big, they had to call in extra staff to help residents respond to their new friends. 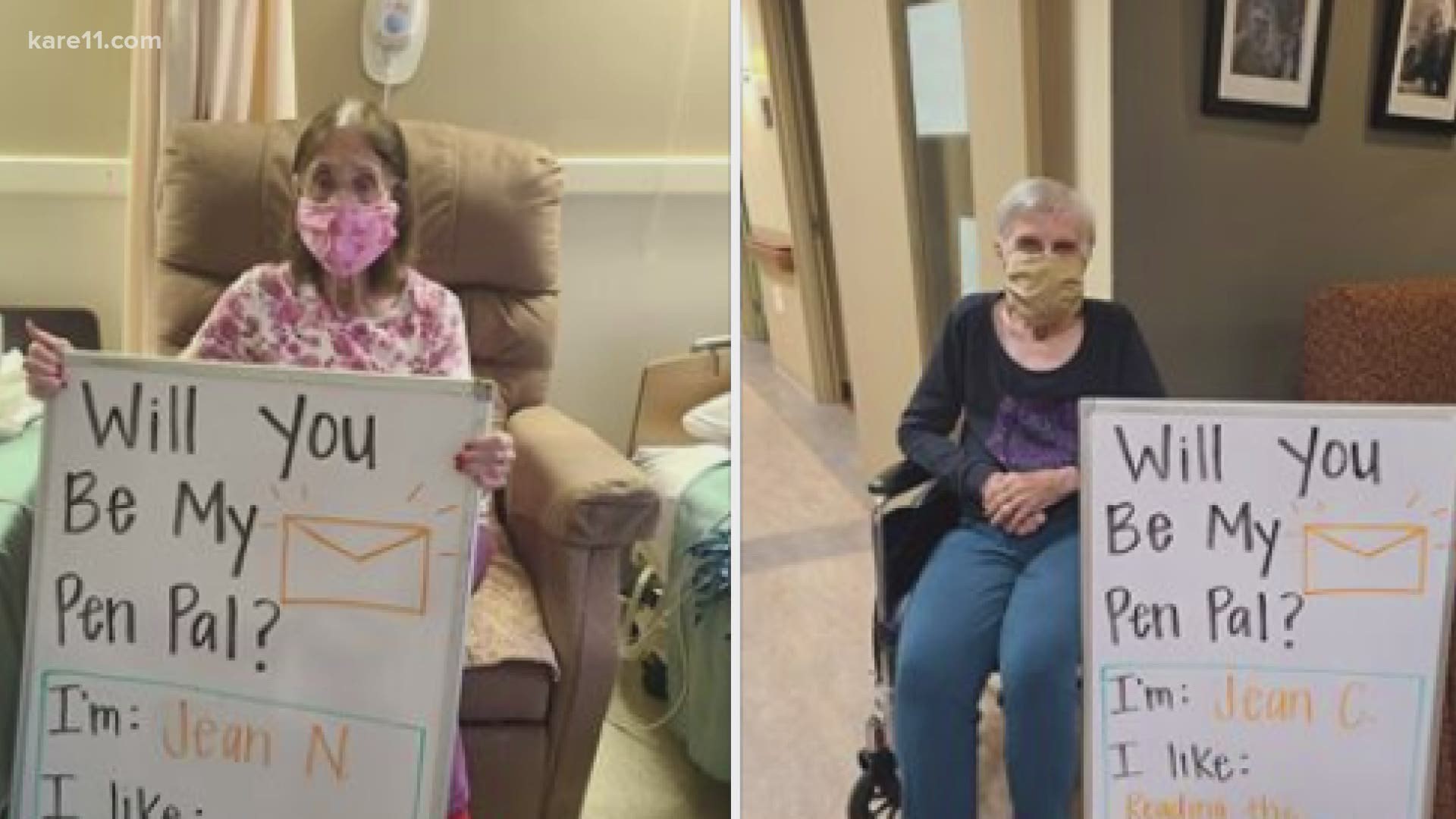 SHAKOPEE, Minn. — There are few people more impacted by this pandemic than those in our long-term care facilities. Unable to see family or friends, the isolation has been tough. So, a nursing home in Shakopee decided to do something about it.

“Just the not able to see much of their families, haven't been able to get outside,” says Jamie Mohlin with Friendship Manor.

Friendship Manor in Shakopee, like so many other long-term care facilities, has been doing what it can to help residents feel connected

"We amped-up window visits, we've have some family members put on small concerts outside their windows,” Mohlin says.

And then Jamie had a little idea.

On a Monday, Jamie started posting pictures of the residents on Facebook.

“Went around to some of the residents, asked what they were interested in, said, 'Hey, I was going to send this out and see if you get some mail,'" she explains.

“By Wednesday we had bouquets of flowers getting delivered, packages, letters, [and] by Thursday and Friday we had to carry a box out to the mailbox because we were just getting numerous amounts of cards,” says Mohlin.

Lucy is 94. She loves flowers and getting letters.

And she's making sure every one of those senders knows how grateful she is.
“I spent the whole weekend writing thank yous, and I've got a bunch more to go,” says Lucy.

The bounty was so big, Friendship Manor had to call in extra staff to help the residents respond to their new pen pals.

“We were going over letters yesterday and one of the residents had one from a 4-year-old in Pennsylvania, some from California, I had a lady from Florida call me yesterday and she's shipping out packages to everyone. So, how this has spread, I mean, is beyond my belief,” says Mohlin.

Cooped up and can't get out. But at least, they now know, that someone, somewhere cares.

“Just know everybody that is sending stuff in is truly making a difference in their lives,” says Jamie.

You can follow the adventures of the residents of Friendship Manor on their Facebook page. Or maybe this story will inspire you to reach out to someone else who might be in need of some companionship or a good old-fashioned pen pal.