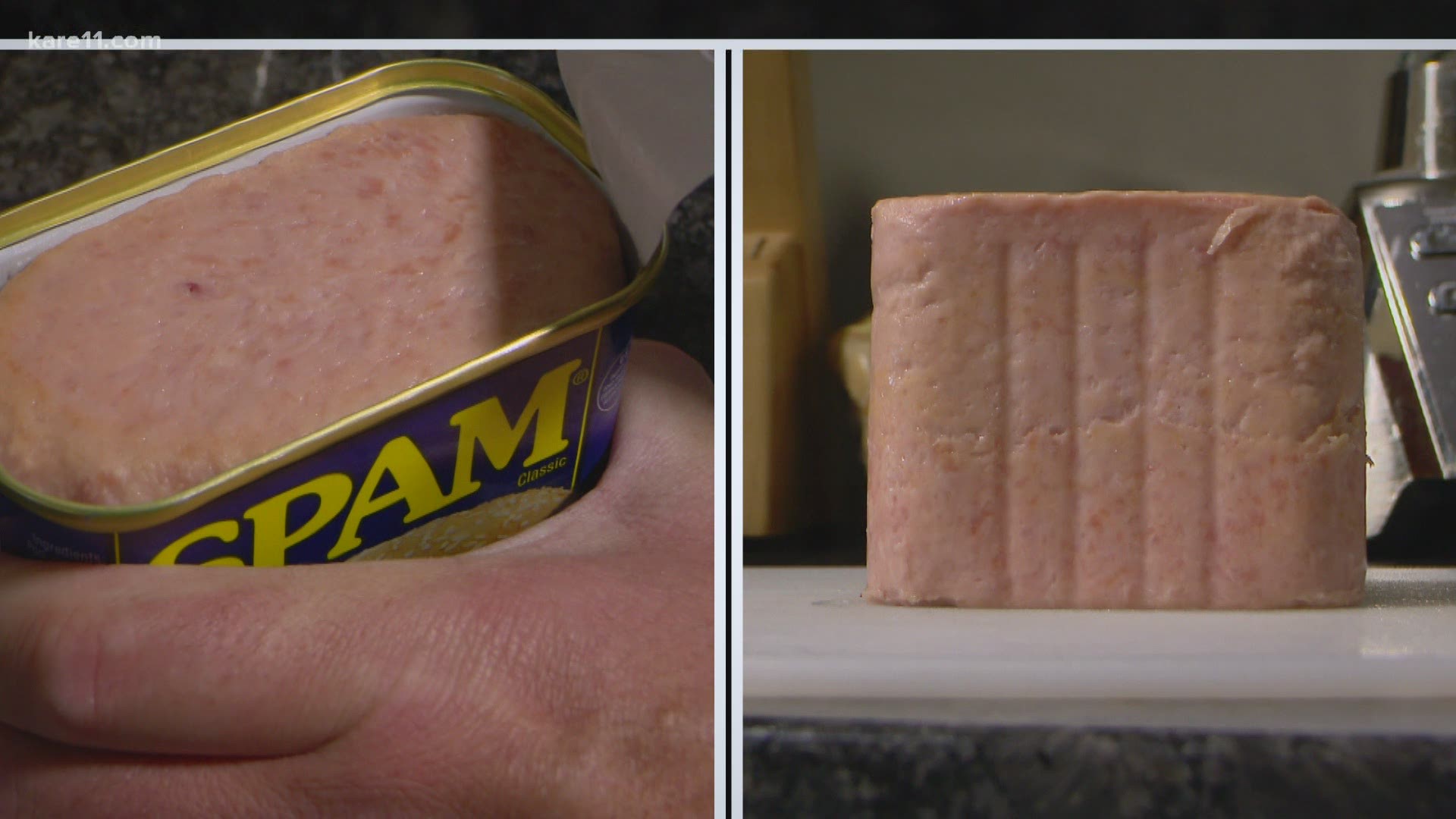 AUSTIN, Minn. — Say what you will about SPAM. However, this Austin, Minn. grown pork product packaged neatly under a pull tab has always been about efficiency and affordability.

"It was created 83 years ago by our then president Jay Hormel who was looking for a way to provide a convenient affordable protein that could be used and shelf-stable as well," Sr. Brand Manager for Hormel Foods Grocery Products Brian Lillis said.

SPAM gained popularity as it was sent to soldiers all over the world and became a part of a WWII diet for many.

"As a lot of those soldiers and GI's came home after the war, they brought that back with them," Lillis said. "The popularity and the growth of using this affordable, canned meat protein was something that continued to grow over the last 80 years."

Lillis also added that a lot of Hormel products have been born during times of hardship.

"So much of the history of the number of our products were born out of those times where people were looking for that easy, affordable protein to have in homes," he said. "And we're seeing that now too, continue, not just with the SPAM brand, but across the number of Hormel Foods and canned items--chili, stew and hash."

And during our most recent time of hardship--the pandemic, sales have yet again been strong.

"The SPAM brand was on its way for a sixth consecutive year of record sales growth even before COVID-19 and the pandemic hit the U.S.," Lillis said.

According to Hormel Foods' Q2 earnings (ending in May), they reported a double-digit growth from SPAM products. So why?!

"I think the idea that you can have it in the pantry and ready for one of those meals that maybe you were quite prepared [for]," Lillis said. "And didn't know what you were going to have in a specific time and you look in the pantry and you've got SPAM in there."

Plus, a lot of SPAM's hype is about the nostalgia it carries with. Especially, if your family grew up on it. It definitely is the case for many international families.

"What we see is so many generations passing down their recipes of how they view SPAM," Lillis added. "Especially from East Asia and those different countries have grown up with it themselves and have been passing it down to their children and grandchildren."

As for why it is breaking records now--well, maybe it speaks to us wanting something we can always rely on, refrigerated or not.

"Some were probably going to stick it in the pantry and not use it again but it's been good to see people continuing to purchase," Lillis said. "The pandemic has continued for a number of months now, we're still continuing to by it at their stores or online. The method of purchase may have changed slightly, but they're still able to find the product and purchase them."

In more recent data, Hormel Foods representatives said in the 24 weeks leading up to the first week of September 2020, retail sales of SPAM have increased 28 percent.