With COVID-19 cases surging around the country, this is a real possibility. 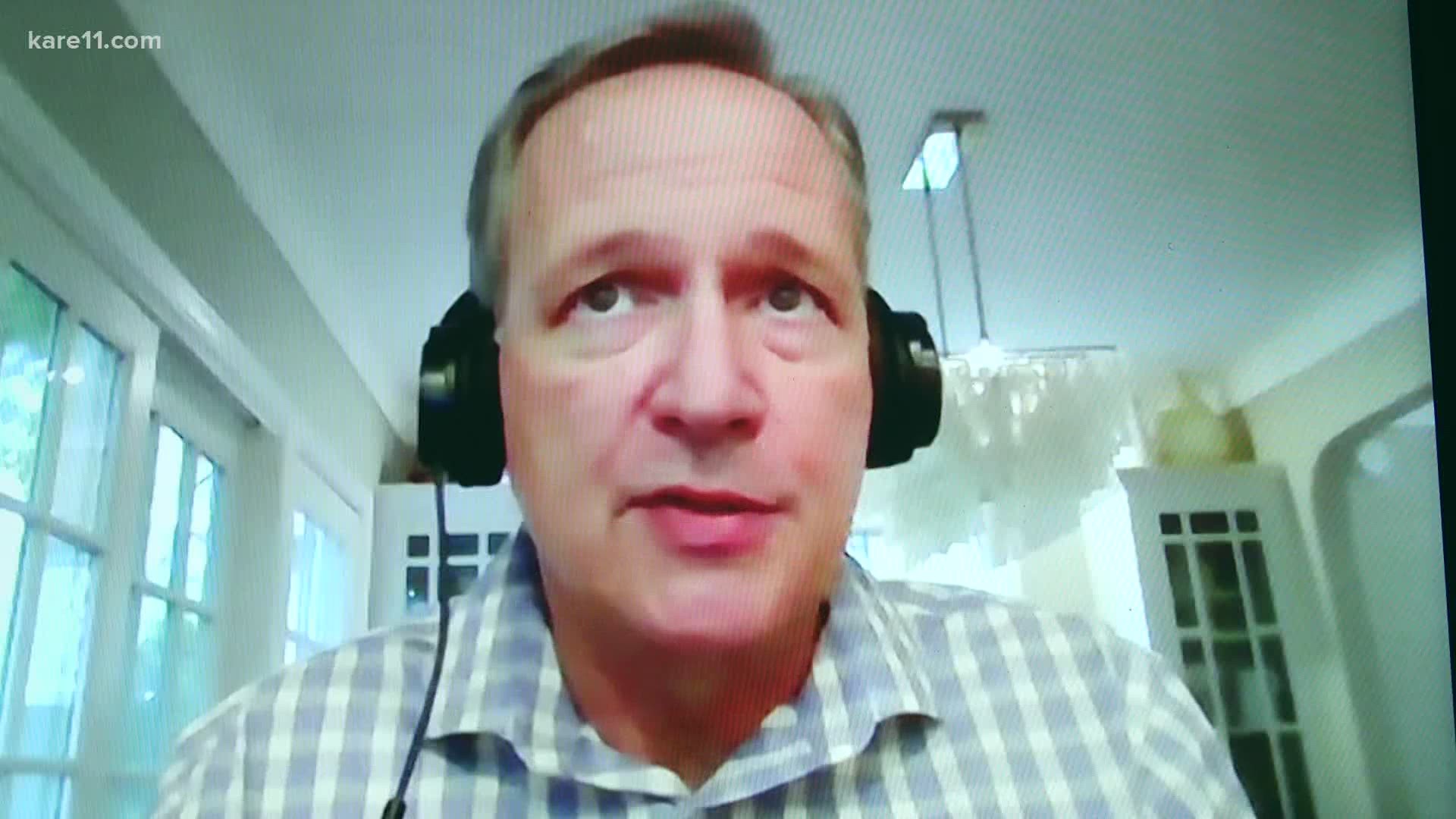 GOLDEN VALLEY, Minn. — Governor Tim Walz has said a decision on a statewide mask mandate could come soon, and if that sounds heavy-handed, consider the fact that 18 other states already have one.

With COVID-19 cases surging around the country, this is a real possibility.

And today, the editorial board of the Star Tribune - which is independent of their newsroom - said it believes our state needs a mask mandate, now.

After months of not coming down this strongly, why now?

"We definitely are advocating for a mandate from the Walz Administration as soon as possible, said Star Tribune Editorial Editor Scott Gillespie. "We just felt that the more we researched it, the more we looked at how cities and businesses were trying to adapt to the new world that this was one step we could take as a state, a simple step, that could help reduce the spread."

They say they anticipate some push back from the public, but will run some of that push back in the form of counterpoints or letters to the editor, "if it's instructive."

The case Gillespie and the board made for the mask mandate was this: multiple cities in our state have mask requirements, many more don't, so as a person goes from city to city, the rules change, and that's confusing for people.

The same can go for businesses.

"Its really putting a lot of pressure on those employees of those businesses to try to enforce rules they have as an individual business or in their city that might differ from some other city and some other business," Gillespie says

There have been plenty of videos online, they come out daily - a person not wearing a mask, told to wear a mask and then boom, chaos ensues.

A second reason the board gave for it's mandate call today is public health, and they cite a recent bit of data from the University of Washington.

Their projections show that if Americans were to wear masks ... 45,000 fewer people would die from COVID-19 between now and November 1," Gillespie said. "In Minnesota, where we have done a better job until now ... 200 fewer would lose their lives."

Gillespie says he and his colleges are well aware mask wearing has been politicized, so taking this stand, even if they say it's for public health and to lessen confusion too, will likely be politicized.

"The virus doesn't respect politics.  It doesn't care if someone is a Republican, Democrat or an Independent," he said. "There are politics at play and we don't care about those so much on the editorial board. We are trying to advocate for public health."

International students left with nowhere to go after ICE directive

Testing results for COVID-19 delayed across the Twin Cities