The warnings follow two weeks of surveillance that put 919 establishments under the microscope, as investigators looked for violations of an executive order. 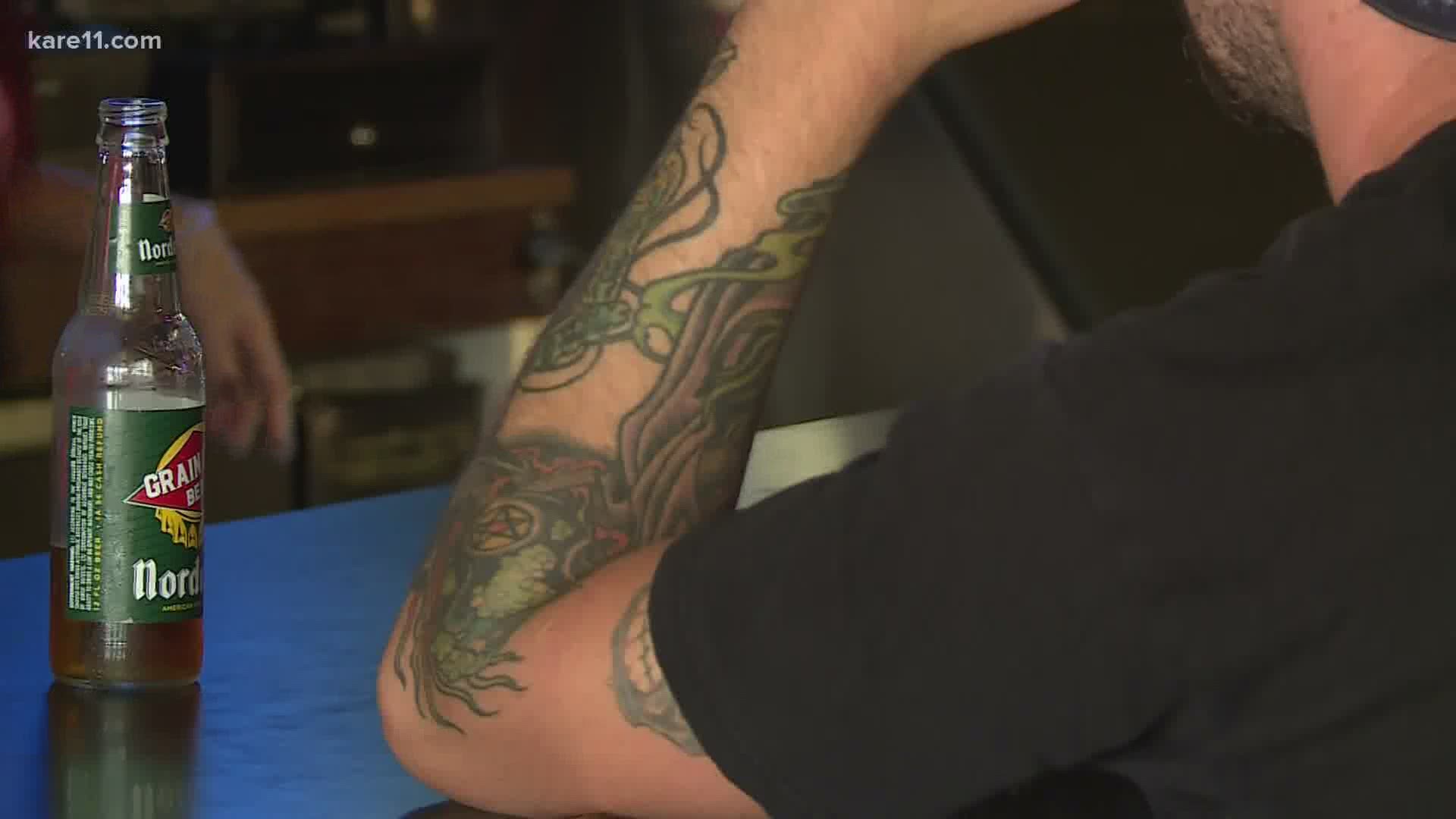 The warnings follow two weeks of surveillance (July 4-13) that put 919 establishments under the microscope, as investigators looked for violations of Governor Walz's Executive Order 74. Specifically, those observing were looking for employees violating mask requirements, failing to adhere to social distancing with tables less than six feet apart, and establishments that were serving at more than 50% capacity.

During the two-week sweep, AGED sent 10 warning letters and an additional four on June 26. Violations could lead to fines, or loss of an establishment liquor license. Letters were sent to establishments that AGED said violated all three areas of emphasis.

Here is the list of 14 bars and restaurants that received warning letters:

KARE 11 reached out to a number of establishments on the list. Several, including The Stadium in Annandale, CoV in Wayzata and Route 47 Pub & Grub in Fridley said they had not received the warning letter yet.

"We are following all of the guidelines, clean the doors and windows, the handles, the touch screens, our menus," insisted Route 47 Pub & Grub owner Brad Slawson. Slawson said he was unaware of the letter until KARE reached out. "So if anything we should be an example of how you're supposed to do it correctly."

AGED's letter to Route 47 Pub & Grub was dated July 13. DPS-AGED Director Carla Cincotta said the letters were sent the day following the observation period but said there may have been a lag in mail time.

"We're continuing to work with the bar owners who received the warning letters. Again, most of them are very eager to find solutions. We will follow back up with those establishments and continue to do some observation of how they're executing their business plan," Cincotta said.

The owner of Danno's in Anoka, Dan Sweeney, said he was in full agreement with the warning letter he received. "I actually had a regular... who noticed that the employees didn't have their face masks pulled up all the way over their nose. So she expressed a concern and I take it very seriously," Sweeney told KARE 11. "We got the letter and I spoke to someone with the state and it was a very constructive conversation. The state is very cooperative and wants to see us succeed, and just set out some guidelines and expectations and we were operating at half capacity, and I dialed it back to even less."

In addition to the warning letters, DPS investigators spent time educating establishments that violated one or two of the points of emphasis. The majority of the violations involved employees failing to wear masks.

“By educating establishments and the public, our hope is that it leads to better compliance,” said DPS Commissioner John Harrington. “We can all do our part to help reduce the spread of COVID-19 and keep our businesses open by wearing a mask, social distancing and adhering to establishment seating limits.”

"It's really important that we do this and why is it important? This is the only way we're going to get out of this," DPS Assistant Commissioner Booker Hodges said. "We don't want to get into a situation where we have to roll something back."

When asked about the results of the statewide sweep and concerns that bars and restaurants aren't following safety guidelines, Minnesota Department of Health (MDH) Commissioner Jan Malcolm said her department is keeping a close eye on the clusters.

“We’ve not made any specific recommendations yet but that will be a conversation ongoing,” Malcolm said, not ruling out a second shutdown.

The commissioner also said MDH is talking with other states around the country to gauge the impact bar and restaurant policies have had on COVID-19 cases.

“The focus has been and is on making sure that everybody knows what the current executive order rules are, and knows the importance of complying with them and the penalties that can come with not complying with them,” Malcolm added.