Study: U.K. coronavirus variant doubling every 10 days in the U.S. 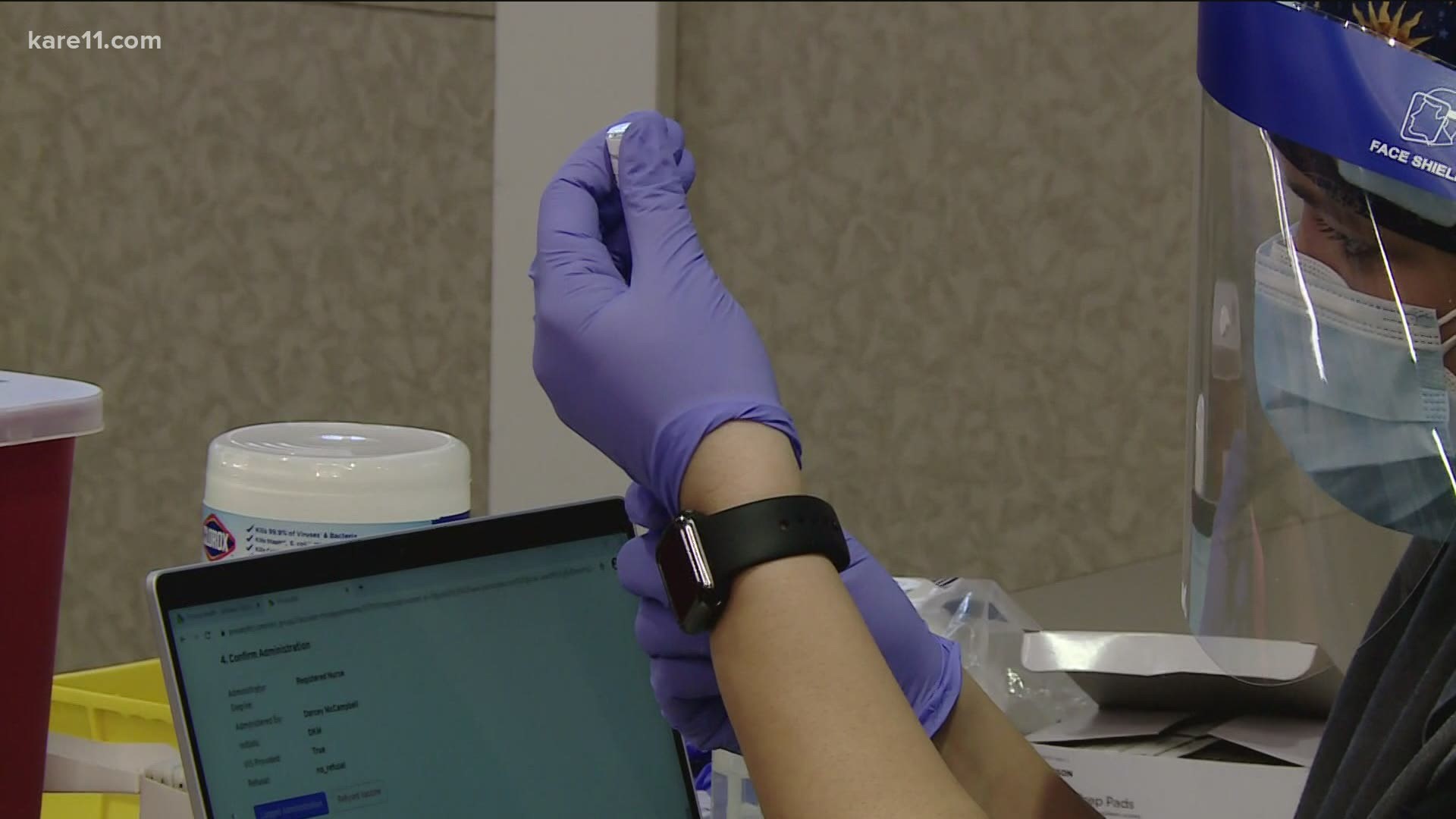 ROCHESTER, Minnesota — The coronavirus variant first identified the U.K. is doubling every 10 days in the U.S., according to a new study.

The report — not yet peer-reviewed — found the new strain called B.1.1.7. is 35%-45% more transmissible than other strains of the virus currently in the country.

Dr. Greg Poland, professor of medicine and infectious diseases at Mayo Clinic and director of Mayo's Vaccine Research Group, said the model appears to be appropriate and duplicates what we saw in the U.K. with this variant.

"This is what a virus when it is in an exponential phase does. So seeing doubling every 10 days is concerning but likely real," Dr. Poland said.

Dr. Poland worries about COVID-19 fatigue. As people get tired of wearing masks and social distancing, variants could likely cause another spike.

In Minnesota, there have been 16 reported cases of the variant first found in the U.K. and two cases of the variant first found in Brazil. The Minnesota Department of Health (MDH) notes that they are only running a portion of all lab tests for variants using whole genome sequencing, meaning the reported numbers are likely just a small portion of what is actually circulating in the state.

While there is not good evidence to suggest that this strain causes more severe disease in people, Dr. Poland suspects it does.

"The best guess... is that the lethality rate is increased, number one, and number two that the viral loads in these individuals may be higher. Both of those would be markers of more severe disease," Dr. Poland said.

The Centers for Disease Control and Prevention's modeling predicts the B.1.1.7. variant could be the predominant strain in the U.S. by March.

Dr. Poland agrees with that prediction.

"This virus is going to find people who are not vaccinated, who don't wear masks and who don't maintain social distancing," he said. "I think we're going to see just what they saw in the U.K. Now the question is, will it be outcompeted, for example, by the South African variant or the Brazilian variant or a variant that has yet to arise? This virus doesn't stay the same. It just keeps mutating," Dr. Poland said.

Monday during a press conference, Dr. Anthony Fauci said the vaccines the U.S. are currently distributing are quite effective against this particular variant.

But depending on the vaccine and variant, studies show the effectiveness can drop.

Dr. Poland referred to the Novavax study that was 95% effective against the original strain. For the U.K strain, it dropped to 85% effective. For the strain first identified in South Africa, it dropped to 60% for those HIV-negative.

While these vaccines may still protect people against severe disease and death, Dr. Poland said those with mild or moderate symptoms can end up with long-term complications.

South Africa just announced it's suspending use of AstraZeneca's vaccine after a small clinical trial revealed the shot provided minimal protection against mild to moderate infections of the variant now widespread in the country.

Because of these variants, Dr. Poland said he believes we should focus first on initial doses.

"The best data showed that if we follow what was done in clinical studies, we don't go wrong. However, for practical reasons, many of us believe we should give as many people the first dose as we can and then worry about getting a second dose in," Dr. Poland said. "This is a race and America needs to understand this. We are living through a race between virus and vaccine, between time and opportunity. So I believe we should give as many doses as we can as quickly as we can."

BELOW: Check out the extended interview