Taking a stand with a mask? How did it become this way? 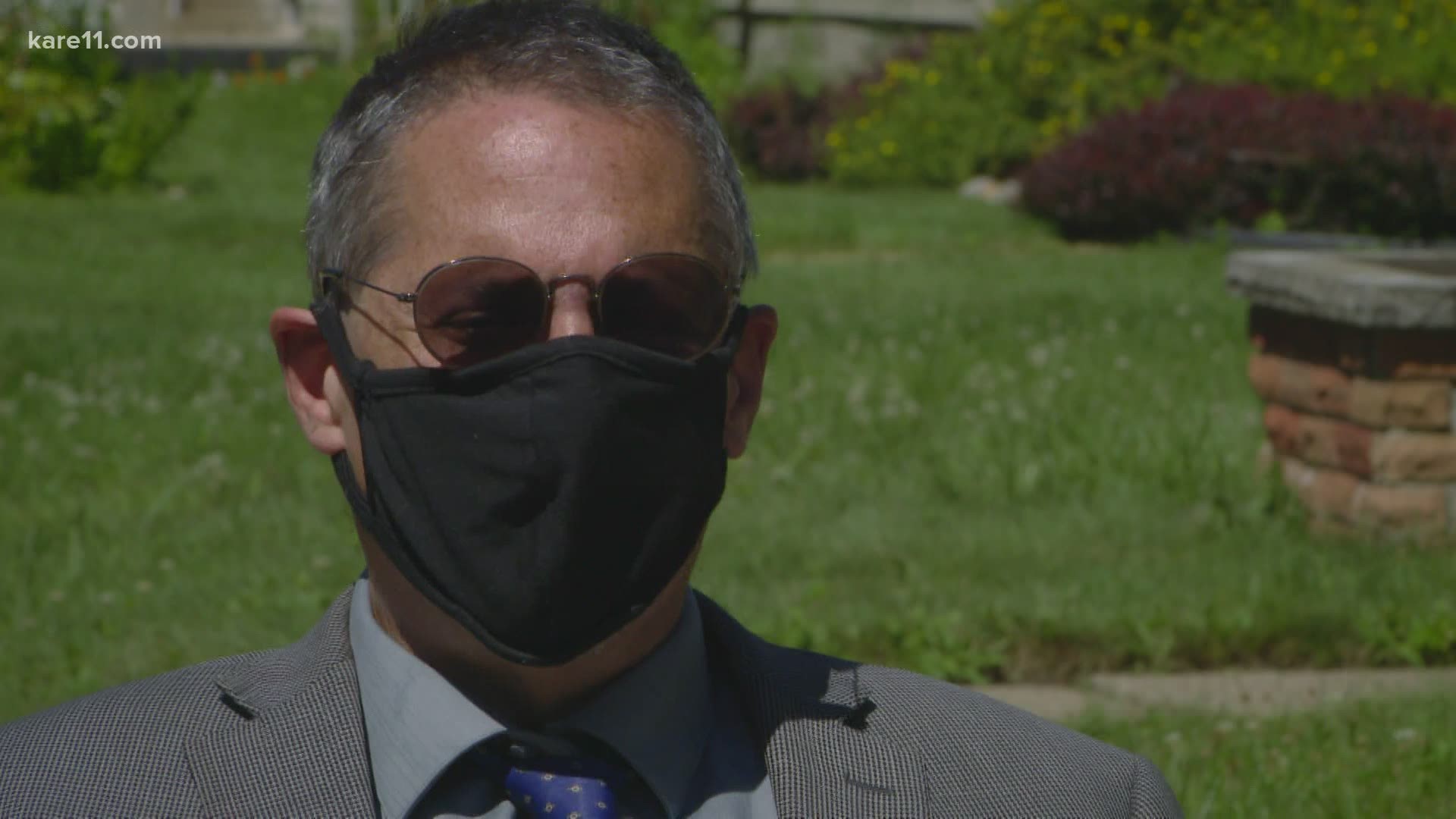 ST PAUL, Minn. — In Marshall, Minnesota, masks were worn but it was what was on them that precipitated a viral video.

The video shows a couple shopping at Walmart in Marshall, wearing masks with swastikas on them. They were given trespass notices by police for what they did and Walmart has banned them from going to any of their stores for a year.

This leaves us with the question of why. Why did wearing a mask become so political?

When the pandemic started and masks entered the national conversation, Professor Rob Kahn of the University of St. Thomas braced himself for a fascinating period of observation.

"It's very interesting because in March, before the CDC acted, there were questions about whether we needed masks in the U.S.," Kahn said.

Kahn said, it's only obvious that the mask is a topic of heated discussion. It's not only because it's relevant, but also because it is highly visual.

"It's interesting because no one knows if you've washed your hands," he said. "They know if you're wearing a mask and the mask is on your face. It's a perfect symbol. The mask is designed for this. I can take the mask on and off and change my allegiance."

That's even when you're not intending to use the mask as a statement, he said. So how did it become a hot take to wear or not wear a mask?

"Masking was a symbol that COVID was serious," Kahn explained. "To the extent that you were tending towards COVID denial, you wouldn't wear a mask. To be clear, lots of people have reasons for masking and not masking but that combined with some of the lock down protests began to drive a sense that masking was a way to take a particular way to take a position about COVID."

And to use the very visual medium that we are now asked to wear, leaves room for things like the Marshall incident to occur. Kahn said what he observed in the couple was very problematic.

However, when it comes to other mask issues--of whether people see it as a necessity or not--Kahn said shaming non-mask wearers might discourage others who might be on the fence.

"I think it tends to backfire because enough people live in anti-masking parts of the U.S,, with anti-masking culture," he said. "What shaming of mask refusers does is, it builds the sense that it's us against them."

Instead, he encouraged the dialogue around masks to be sculpted more around the fact that masks can be a helpful tool in getting us towards reopening, faster.

"The discussion about masks, [we should] focus more on masks as an extending agent--like Hamburger Helper--it makes the amount of social distancing you have go further," he said.

RELATED: Inside the classroom during COVID-19