Teachers, educators will get expanded access to vaccines in MN – but it won't happen overnight

The state's new pilot program will expand vaccine access to educators, but it could take some time for them to all get it. 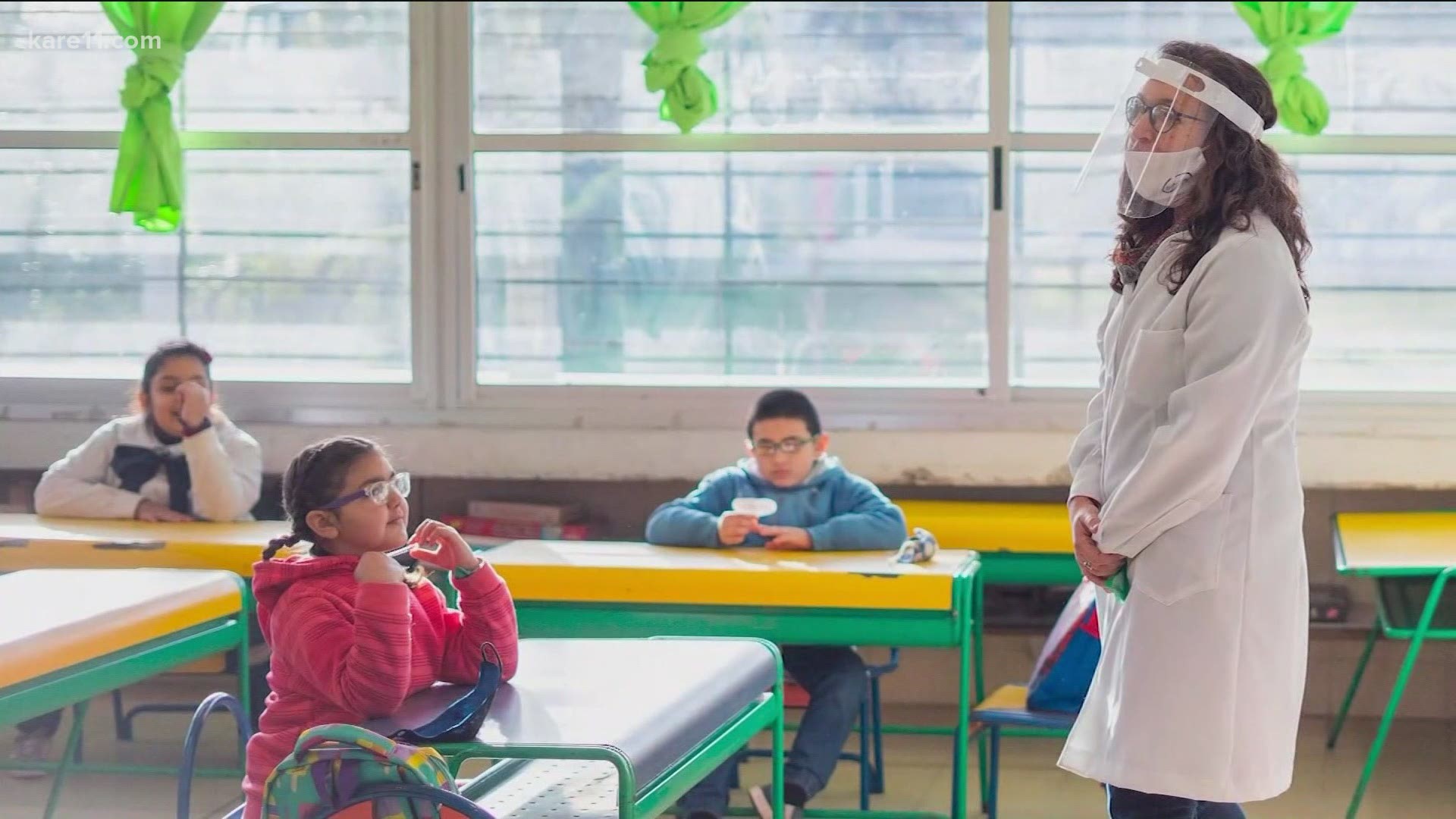 ST PAUL, Minn. — Starting later this week, some educators and teachers will get expanded access to COVID-19 vaccines, through a pilot program announced by Gov. Tim Walz.

“Certainly,” District 728 Superintendent Dan Bittman said, “it’s a game-changer for those who are interested in getting the vaccinations.”

But Bittman, whose district covers Elk River and parts of the northwest Metro, knows the vaccinations for all teachers won’t happen overnight. As districts begin implementing their vaccination plans, they’ll have to work with a very limited supply, which Walz lamented in his news conference on Monday.

“Right now, as of this morning, there are only 25 vaccines available for our entire district,” Bittman said, as he prepares for some elementary students to return to the classroom on Tuesday. “We recognize that isn’t sufficient… But, we are working with the the governor, the legislative office, as well as the Department of Education and Department of Health, to make vaccinations happen when they are available.”

The Walz administration says teachers in pre-kindergarten through fifth grade will get some vaccination priority as educators; Gov. Walz himself said it is “absolutely critical we get our kids back in school.”

Marcia Wyatt, a second grade teacher in Minneapolis at Elizabeth Hall International School, said she was disappointed to hear that not all teachers will have access to the vaccine before they return to the classroom. Minneapolis is among the districts phasing in some younger grades to in-person learning this winter.

Marcia Wyatt, a second-grade teacher in Minneapolis, reacted to news that some educators will get expanded access to vaccines in Minnesota: "Every teacher, every ESP... every child care worker that's expected to show up, should have that vaccine before we go back in." @kare11 pic.twitter.com/Hh7ecPAoZU

“Every teacher, every ESP… every child care worker expected to show up,” Wyatt said, “should have that vaccine before we go back in.”

Wyatt said she’s concerned herself about ultimately re-entering the classroom, if she has do to so without the vaccine.

“As a person of color, I do have some underlying health conditions, so it is… a big concern for me,” Wyatt said. “And my anxiety level is a little high.”