Researchers say so far SARS-CoV-2 has not been found in any of the samples, but the research could be used as a tool to monitor community infection among beachgoers. 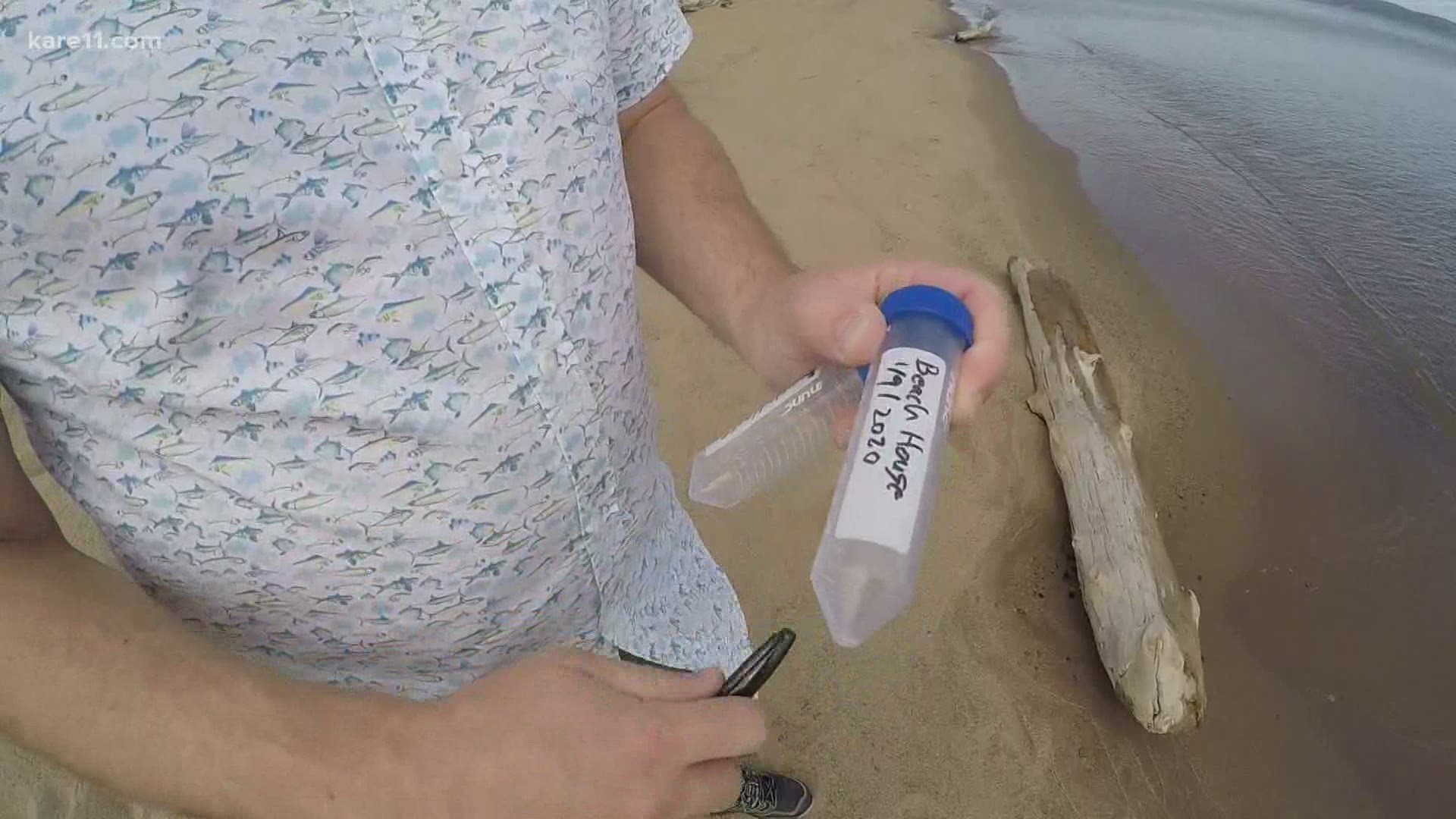 DULUTH, Minn. — Dr. Richard Melvin has made many visits to the beach this summer, but not for the reason most do.

"So, I’ll collect 100 millilitres from every beach," he said, while standing knee-deep in Lake Superior and holding a tube filled with lake water.

The assistant professor in the Department of Biomedical Sciences at the University of Minnesota Medical School’s Duluth campus has been taking water samples from eight beaches along Lake Superior every weekend since the Fourth of July.

"Usually during the warm time of the day ... when people are out trying to enjoy themselves on the beach," he said.

He and a team back at the lab then test the water samples SARS-CoV-2, the virus which causes COVID-19.

Melvin says the virus in a person with COVID-19 is shed in their waste for up to a month after they are no longer showing symptoms.

"It’s known that beaches can be contaminated by fecal matter due to human activity," said Melvin. "It’s also possible that the virus, if people are shedding, that could wind up in the water at the beach [too]."

It's not a pleasant picture, but one worthwhile to study. Melvin said he and associates at Minnesota Sea Grant, which gave him a $10,000 grant for the research, don't know of this type of study being done anywhere else.

Melvin said so far SARS-CoV-2 has not been found in any of the samples, but their research could be used as a tool to monitor community infection among beachgoers.

"It also tells us how the disease spreads. It tells us how we can best fight the disease," he said. "With the information we gather this time, we’ll be able to make a better response in the future to a pandemic. We’ll know where to look for the virus. We’ll know what is a risky activity."

Melvin says they will continue taking samples through the end of September. He says while they have not found the virus in the beach water yet, even if they did, they don't think the viral particles would still be infectious.

RELATED: Can I use a face shield instead of a mask?