But officials say they were prepared for this scenario and that their protocols have brought encouraging results. 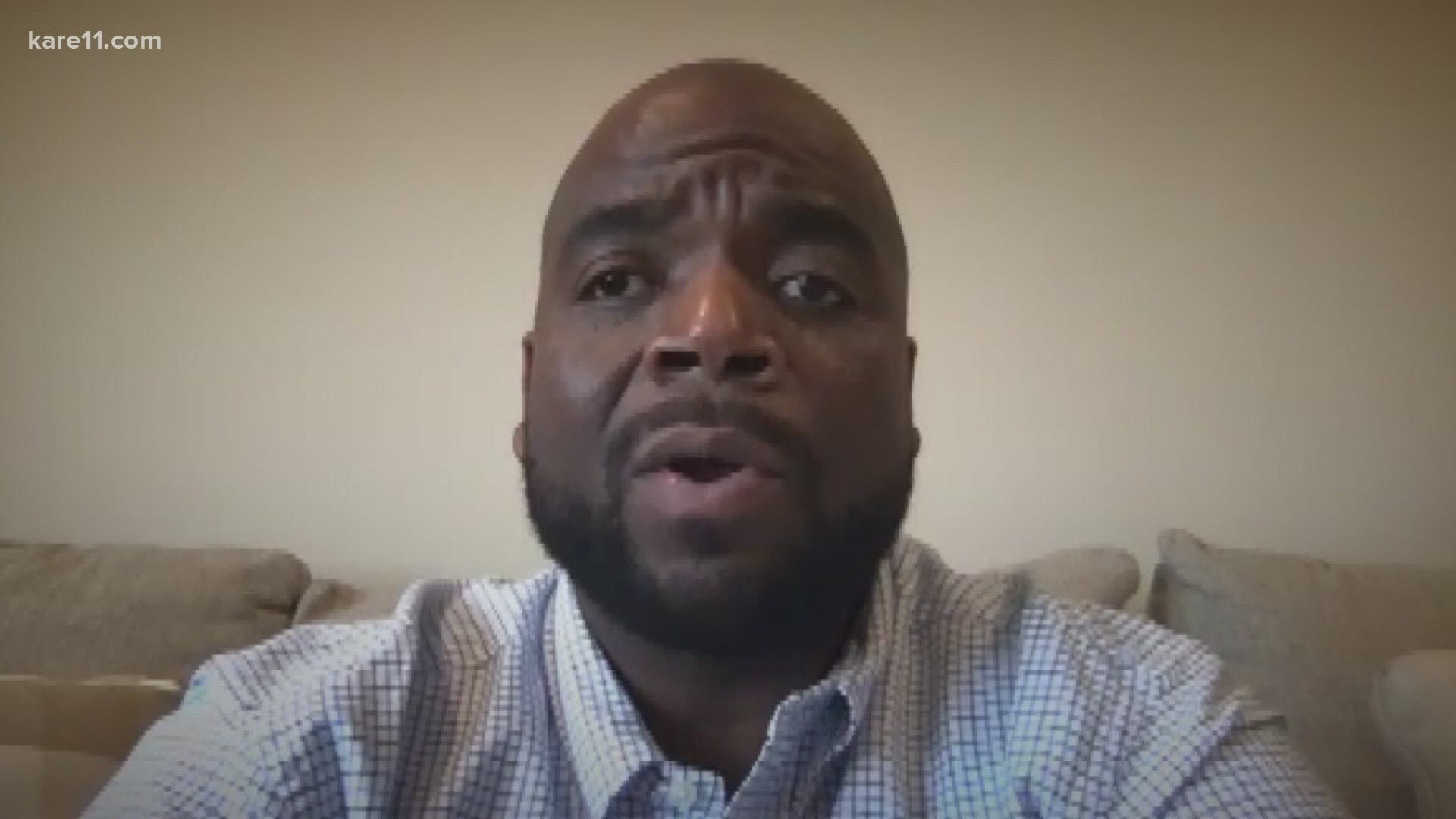 MINNEAPOLIS — University of Wisconsin-Eau Claire officials did everything right.

Before classes began four days ago, they asked students to sign a pledge to follow their Blugold Protocol - a home-drafted set of guidelines regarding safe COVID-19 practices. The pledge also provided that they would use their newly developed HIPAA compliant app to monitor and log their temperatures and symptoms daily.

All this with the promise of a fall semester in-person.

"We have approximately 200 students in quarantine based on the around 70 positive cases that we have," Vice Chancellor of Student Affairs Dr. Warren Anderson said. "Most of the positive cases were of course off-campus, so those students are recovering at home."

This was more evidence that no matter what campuses do, the coronavirus won't discriminate. However, Anderson said they saw this coming, allowing smoother implementations of action-plans.

This time, Anderson explained that the cases were linked to a bonfire event that took place off-campus.

"We have over 10,000 students here so trying to imagine a scenario where we had a 100 percent compliance with everything that we were doing - I don't think any university or college administrator would put money on that," Anderson said.

However, there were some positive outcomes to this ordeal. Anderson said the compliance rates on students and faculty logging their temperatures using their Blugold Protocol app has been great.

The app was developed in partnership with Mayo Clinic, and is used as a non-punitive measure for anyone needing to be on campus to communicate how they are feeling that day.

A few weeks back, when we had initially touched based with Anderson about the app and the Blugold Protocol, he acknowledged that the logging was a big ask.

"Like every institution you know you have individuals who are for whatever reason opposed to doing this and we made it a requirement," he said. "If you want to come back face-to-face, and be a member of this community, you had to participate."

The app is working. As of last week, UW-Eau Claire officials said more than 9,000 users had downloaded and registered on the app.

As for the students who are under a mandatory 14-day quarantine, Anderson said the school is working diligently to ensure that students feel safe and taken care of, whether it's academic needs or basic needs.

"They're able to stay in their rooms with everything they need so we're working through making sure students have food delivered and we have everything they could possibly need," he said. "In terms of access to their books, their course work, faculty are aware of who is in quarantine. We're trying to make everything as easy as possible. This process is not perfect, we're continuing to hone it every single day."

Anderson said university officials made the decision earlier in the season to keep the students who have tested positive for COVID-19 on campus or near Eau Claire as opposed to sending them home to a different state or a city. This was the guideline that Dr. Anthony Fauci had recommended for college campuses.

As for local universities in Minnesota, they have similar set-ups as school gears back up.

The University of Minnesota is currently on Phase One of its Maroon and Gold Sunrise plan, and is asking students to remain in their residence halls as much as possible, other than for in-person classes, medical emergencies or religious obligations. Their new move-in date has been rescheduled to September 15.