KARE II Explain: Everything you need to know about vaccines

As the first COVID-19 vaccine rolls out nationwide, we take a closer look at the types, safety and efficacy of vaccines throughout history. 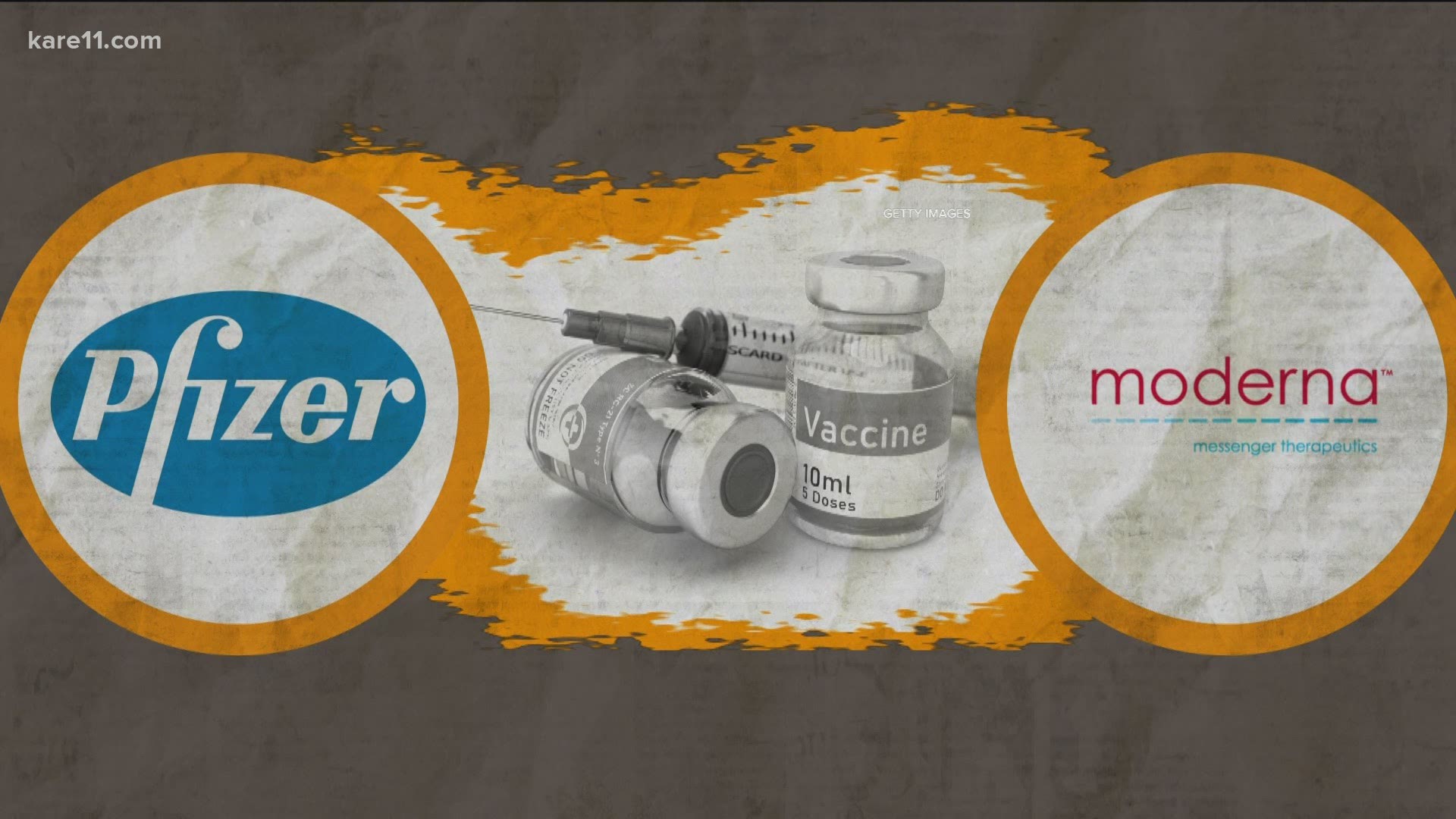 GOLDEN VALLEY, Minn. — Vaccines often get a bad rap, but few medical discoveries have done more for mankind. Consider smallpox, for example, which killed an estimated 300 million people in the 20th century alone, a scourge that killed three times more people than all armed conflicts and wars in that time. And it is this disease that became the first to be eradicated by humans, thanks to a discovery by a British doctor on a farm.

The discovery of the vaccine

Once upon a time (in England, in 1796), there was a beautiful milkmaid with shining hair and flawless skin (unconfirmed), except for the oozing pustule on her arm. For that milkmaid had cowpox. A relatively mild disease she got, well, from the cows.

A doctor named Edward Jenner noticed the milkmaids were not getting the incredibly deadly small pox, which killed roughly 1 in 5 people who got it. He thought, perhaps getting the safer cowpox prevented them from getting smallpox. So he took the pus off the milkmaid's arm and inoculated it into a boy-- yes, an eight-year-old boy. And it worked. Scholars say the story is likely part fable, but mostly true, and at least in Western culture, this is accepted as the first ever vaccination. The word vaccine literally comes from the Latin word for cow

And since then, scientists have learned a lot more about immunities and vaccines.

Today, there are three basic types of vaccine: inactivated, attenuated, and subunit.

The "inactivated vaccine" contains dead virus, but your body still can recognize it and build immunities to fight against it. This is used for polio, rabies and influenza.

In 1955, a batch of polio vaccine created by Cutter Laboratories in California did not sufficiently kill the virus. Instead of protecting children from the horrors of polio, this batch infamously infected roughly 40,000 kids with polio, paralyzing 51 and killing five.

Finally, the latest vaccine, and one you'll want to pay attention to, is called "subunit" vaccine. It's like a Kit-Kat. Scientists break off a small piece of a virus, like a protein or a sugar, and send that into the body to mount up a defense against that specific part, which is enough for your body to fend off future virus you may encounter. This is used for Hepatitis B, whooping cough and shingles. Subunit vaccines typically require a second booster shot.

And this is the kind of vaccine both Pfizer and Moderna have created for COVID-19, but with a groundbreaking twist.

You know that picture every news outlet on the planet has used of the SARS-CoV-2 virus? Those fuzzy barbs sticking out of the virus are called spike proteins. They're the arms of the virus, which this vaccine will attack.

"The spike protein is the protein on the surface of the virus that it uses to attach to cells on our lungs," said Marc Jenkins, Ph.D., director of the University of Minnesota Center for Immunology and a regents professor at the U of M Medical School. "If that attachment doesn't occur, the virus can't cause an infection."

But the Pfizer vaccine is even more James Bond-y than that, because it doesn't inject the spike proteins into your arm, it injects messenger RNA. This nucleic acid is the code or the recipe that tells your body to make those spike proteins itself, and then, your body will mount a defense against what it just made.

"We think about the Spike protein as a lock that the key has to fit into. The way the immune system works is it, by chance, makes a thousand-billion keys with slightly different shapes, and if you get a thousand-billion chances at almost anything, a few of those are going to fit into that lock," said Jenkins.

This way, once your body finds the right antibody to match that spike protein, it trips an alarm and starts building an army of antibodies specifically designed to block the spike.

I know a lot of you wonder if it's safe to inject that into your arm?

First, Pfizer reports that out of a group of 43,000 participants in the vaccine trial, 3.8% of people experienced fatigue and 2% experienced headache. That's it.

"As far as we know, the really serious adverse effects are pretty much zero," said Jenkins.

He says that's one major benefit of mRNA and subunit vaccines. If you take on protein from the virus and inject it into your body, there is no way that it can recreate an infectious virus.

While any long term effects from the vaccine are not known, contracting COVID-19 from the shot isn't possible, unlike the botched polio vaccine we talked about earlier.

An FDA analysis of Pfizer's vaccine found "no specific safety concerns identified" that would prevent emergency use authorization.

Does it actually work?

The Pfizer vaccine proved to protect 95 percent of those who took it from getting COVID-19.

Is that good? Yeah.

According to the CDC, the flu shot effectiveness is about 44 percent averaging the last ten years. The chickenpox vaccine is 92 percent effective, measles 97 percent and polio 99 percent.

So for a first swing? It's a grand slam.

And imagine, the coronavirus vaccine was developed and tested in 8 months.

The previous record was for mumps, and that took 4 years.

That's like someone running a one-minute mile next year in Tokyo Olympics.

According to the latest Pew Research survey, two in 10 Americans said they will refuse to take a coronavirus vaccine, and 39 percent said they would definitely or probably not get the vaccine.

While confidence in the vaccine is growing, many people said they don't trust the science behind the vaccine or scientists for that matter.

But the science can back up these claims: The mRNA vaccines cannot alter a person's DNA. The vaccine cannot infect you with COVID-19. While a small percentage of people who did get the vaccine still contracted COVID-19, none of them became seriously ill.

Hopefully, the science and the collective effort that went into these vaccines will someday soon show "the curve" fall as fast as it went up.

"That will be a great day, and I'm really optimistic that it's coming," said Jenkins.