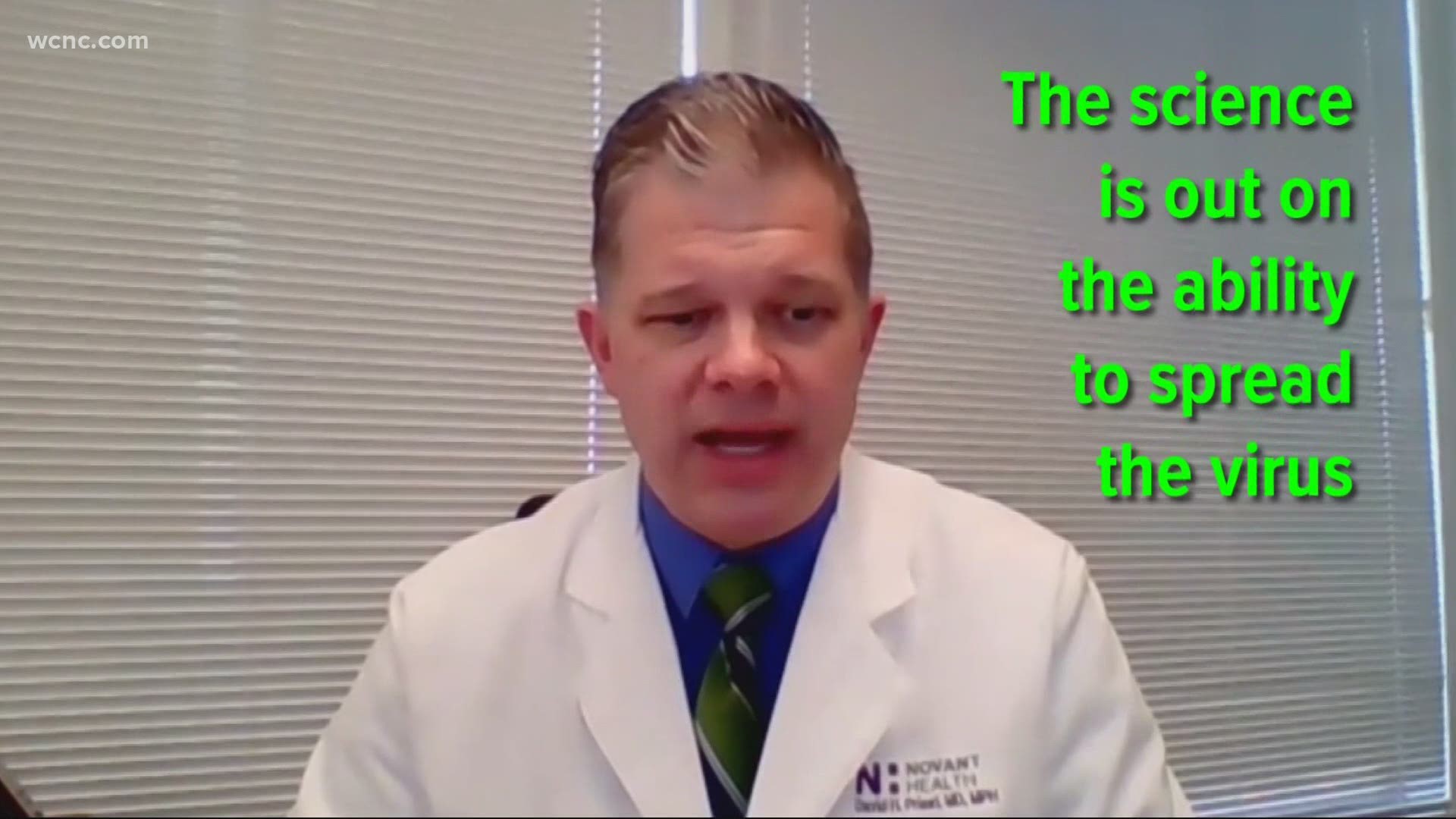 WASHINGTON — Moderna's coronavirus vaccine seems to work against two key variants that have emerged from the United Kingdom and South Africa, according to a company statement.

In a press release on Monday, Moderna said a study on its mRNA COVID-19 vaccine "is expected to be protective against emerging strains detected to date."

It said that its vaccine produced an antibody response against multiple variants, including B.1.1.7 and B.1.351, which were first identified in the U.K. and South Africa, respectively. The study was in collaboration with the National Institutes of Health, but it has not yet been peer-reviewed.

The biotechnology company reported that the vaccine was effective against both variants, but researchers found a six-fold drop in levels of “neutralizing antibodies” against the strain from South Africa. Moderna said while the levels still were protective, it has begun developing a booster vaccine targeted to the B.1.351 variant.

"As we seek to defeat the COVID-19 virus, which has created a worldwide pandemic, we believe it is imperative to be proactive as the virus evolves. We are encouraged by these new data, which reinforce our confidence that the Moderna COVID-19 vaccine should be protective against these newly detected variants,” said Stéphane Bancel, Chief Executive Officer of Moderna, in a statement.

Bancel added that Moderna "out of an abundance of caution" is advancing a booster shot against the South African variant. The new booster candidate, mRNA-1273.351, will advance into preclinical studies and Phase 1 trials in the U.S.

The U.S. Food and Drug Administration approved emergency use of both the Pfizer and Moderna vaccines late last year. Each requires two shots. Other countries including Canada, Israel, the European Union, the United Kingdom and Switzerland have also approved the use of the Moderna vaccine.

Five potential vaccines have reached late-stage testing in the United States, the final phase before a drug maker seeks approval from regulators. Results from a single-dose candidate developed by Johnson & Johnson are expected soon.

Dr. Anthony Fauci, the top U.S. infectious disease expert, says the variants are not only more infectious but they do not respond as well to the monoclonal antibodies that have been used in treating patients. He said he was especially concerned about the South African variant, which he described as “different and more ominous than the one in the UK.”

”The data has not come out officially, but taking a look at the preliminary data that the UK scientists have analyzed, I’m pretty convinced that there is a degree of increase in the seriousness of the actual infection, which we really have to keep an eye on,” Fauci told NBC’s “Today.”

Fauci said there is also “a very slight, modest diminution” of the effectiveness of COVID-19 vaccines against those variants but “there’s enough cushion with the vaccines that we have that we still consider them to be effective against both the UK strain and the South Africa strain.”

Since vaccinations began in December, nearly 22 million doses have been delivered to people nationwide, according to the Centers for Disease Control and Prevention. Nearly 6% of the population has received at least one dose.

A total of 3.2 million people, or 1% of the population, have received both doses required for those vaccines.

The United States has nearly 24 million confirmed cases of COVID-19, according to data from Johns Hopkins University.

As of Monday, the U.S. had more than 419,000 deaths from the virus. Worldwide, there are nearly 100 million confirmed cases with more than 2 million deaths.