It has been a long year for Glenna and Eugene Luetgers, but they're looking forward to a brighter future thanks to their granddaughter. 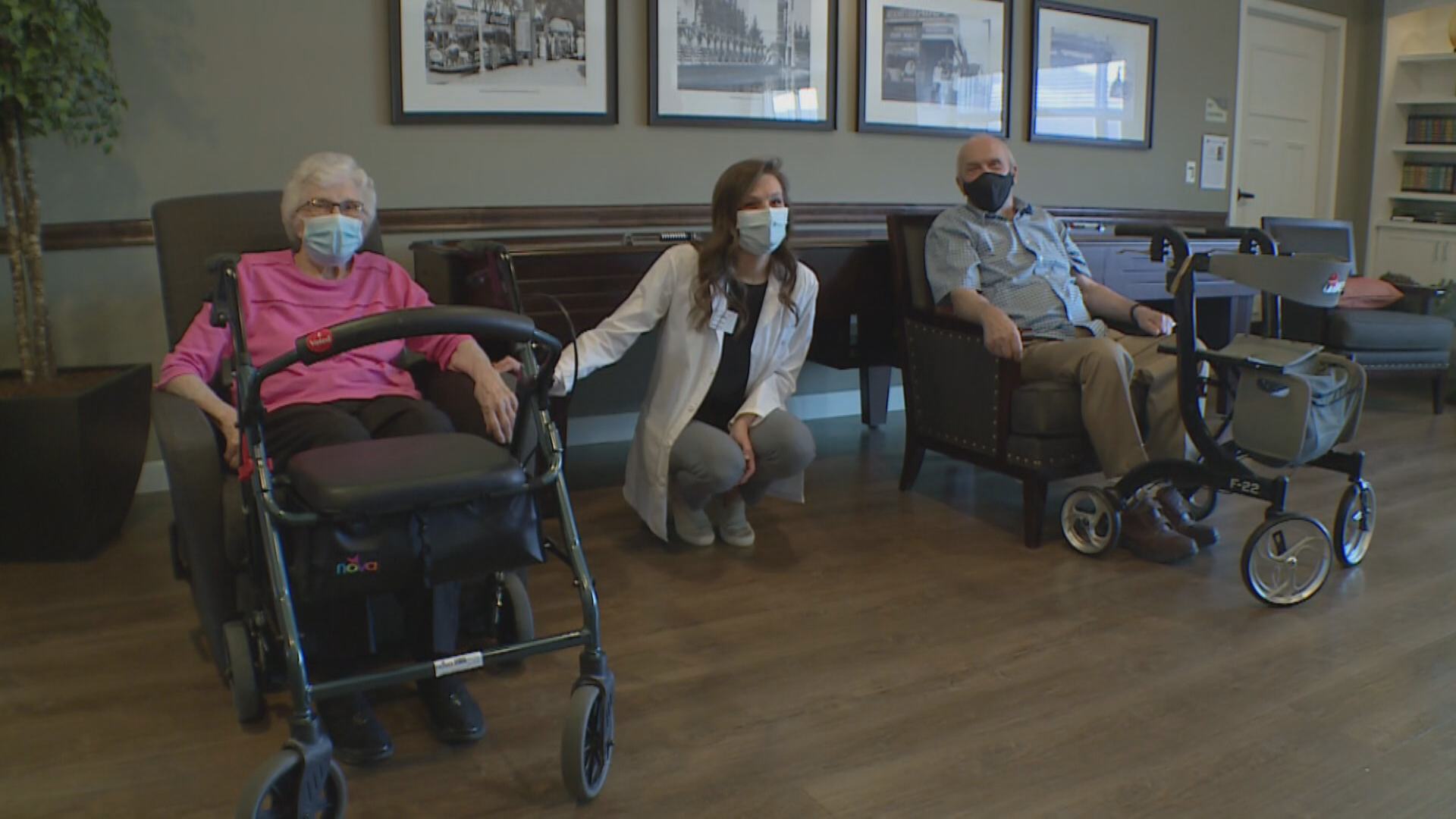 PLYMOUTH, Minn. — A year of pandemic lockdowns and restrictions in long-term care took a toll on Glenna and Eugene Luetgers.

"It was kind of traumatic at first," said Glenna.

"When we couldn't have any visitors, that was a low point," said Eugene.

The Luetgers, who are both 87 years old, say they're thankful that those restrictions at Cherrywood Pointe of Plymouth are beginning to lift, thanks to the vaccine and the work of their granddaughter, Lindsay Hawkins.

Hawkins, a pharmacist for CVS, has been working extra hours as part of the vaccination team that is helping Minnesota long-term care residents receive their shots.

When the Luetgers learned they were next in line a few weeks ago, they got an idea.

"My grandpa had actually asked me one day if I could be the one to give it to him," Hawkins said.

"It just seemed like a good idea, you know, if she's giving everybody shots, I'd like to get it from her," Eugene said.

Despite her doubts, Hawkins didn't want to miss a shot at vaccinating her grandparents, so she asked around and managed to change her schedule.

On the day of their first dose, she was there to give both of them their shot.

"That's pretty indescribable," Hawkins said. "It was very emotional for me to be able to give my grandparents their shot. For a while, I was just so nervous that I would never see them in person again."

In late February, she got a chance to finish the job. She was there to give both Glenna and Eugene their final dose.

"I'll remember this for the rest of my life," Hawkins said.

She's not the only one. Lindsay's mom, Jana Hawkins, is also a pharmacist. She says her daughter isn't just going out of her way to help her grandparents.

"Up until recently, she hadn't had a day off in almost a month," Jana Hawkins said. "I don't think she would have told you that, but, as a Mom, I'm really proud of her for doing that."