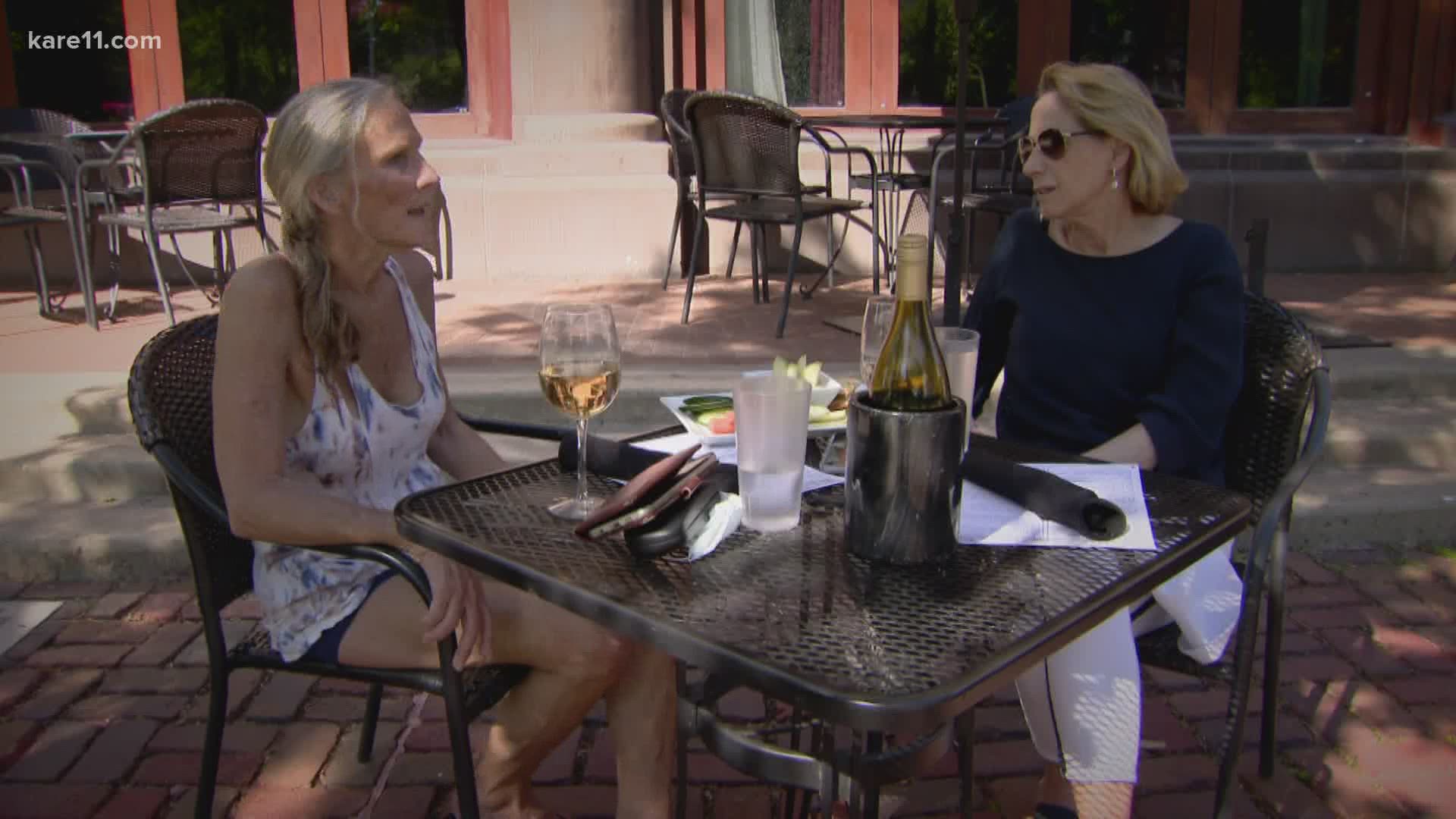 Gov. Tim Walz announced loosened restrictions in Minnesota on Friday, with a move to "phase three" of Minnesota's "Stay Safe" plan amid the COVID-19 pandemic.

“Today we’re prepared to take another step in turning that dial," Walz said in a Friday news conference.

The governor made the announcement at a 2 p.m. media briefing. Department of Employment and Economic Development Commissioner Steve Grove shared details of what phase three will look like, beginning Wednesday, June 10:

"We are not going back to normal," Grove said. "We remain in a world in that COVID is a major factor in our lives."

Wearing a mask in public, staying 6 feet from others, practicing good hygiene and staying home when sick is still critical, Grove said. Anyone who is able to work from home is still asked to telework.

On Thursday at a news conference focused on charges in the George Floyd death, Walz responded to a question about restaurants that were hit hard by vandalism and unrest in the Twin Cities.

"I think that's what incumbent upon us, to use the science, but also the necessity of the situation's changed, to start thinking about phase three of reopening, to try and time this pretty quickly, and I think more will come out on that," Walz said.

On Friday, Walz said of those businesses that have been damaged or burned down, "The fear that was echoed was that these businesses will leave and take the culture with them."

Walz had already announced on May 20 that bars and restaurants could allow limited outdoor seating beginning June 1, after a complete ban on any dine-in service. Salons and barbershops have also been able to operate at limited capacity since June 1.

That was phase two of Minnesota’s “stay safe” plan. When phase three is implemented, the state has said it will involve:

Walz pointed out Thursday that testing and COVID spread have been relatively stable recently.

“We’re in a difficult time," he said. "We’re at a pretty flat pace on COVID but I think in this case we’re gonna have to strike that balance to start moving toward those things."

RELATED: Unemployment rate falls to 13.3% as US adds 2.5 million jobs in May

During every phase of the plan, a few things will remain the same:

Friday's announcement comes as the U.S. reports an unemployment rate of 13.3% in May, down from 14.7%. Two and a half million jobs were added, likely linked to businesses recalling workers as states gradually reopen their economies.

COVID-19 deaths in the U.S. are on the decline, according to the Centers for Disease Control and Prevention (CDC).

The Minnesota Department of Health (MDH) reported a new single-day high in testing on Thursday, with 9,904 tests completed across the state in the previous 24-hour reporting period. Of those, 404 came out positive. The total number of confirmed cases in the state stands at 26,273.

MDH Commissioner Jan Malcolm said "something rather significant" changed in the second half of April. She said the pattern of Minnesota's case growth changed to a "plateau with small waves within it." She explained that they have seen a pattern of several days in a row of declining cases, followed by an uptick, then another downturn.

Malcolm said that the pattern of hospitalizations is "encouragingly stable," and Minnesota is near the "top of the pack" for testing per capita nationally. However, she called the rate of community transmission in the state "concerning."

"It appears that we may be at a plateau," Malcolm said, but she can't say for certain whether Minnesota will have a plateau or a bigger peak. "I can't really predict with any confidence what's going to happen over the next few months," she said, and definitely not long-term. "But the bottom line is we are likely dealing with ongoing high levels of COVID-19 transmission for months to come, as the governor has said, most likely until we get herd immunity or a vaccine."

Malcolm said we need to learn to live with COVID "by striking the right balance."

Gov. Walz said he plans to follow state guidance to get tested for COVID-19 himself in the coming days, after his own participation in large gatherings following the death of George Floyd.

Commissioner Malcolm said nobody should be turned away from testing for being asymptomatic.

“The guidance is very clear: were encouraging people who have been part of mass gatherings to go seek testing. Symptoms or no symptoms,” Malcolm said. “We’ve given guidance to providers that they should not require people to have symptoms to get tested.”

Walz said he has not been tested for COVID-19 thus far; he was in self-isolation early in the pandemic after a member of his detail tested positive, but the governor did not get tested due to a shortage of testing availability at that time.

RELATED: COVID-19 deaths in US on the decline, CDC says

"I appreciate Gov. Walz's efforts to fight the pandemic, but three months of data suggests his approach simply did not work. Let's focus our efforts on protecting our nursing homes and long-term care facilities and start the process of reopening and rebuilding our economy," Daudt said.