Gov. Walz said the federal government has "botched" the rollout, with the latest news about the lack of a promised stockpile. 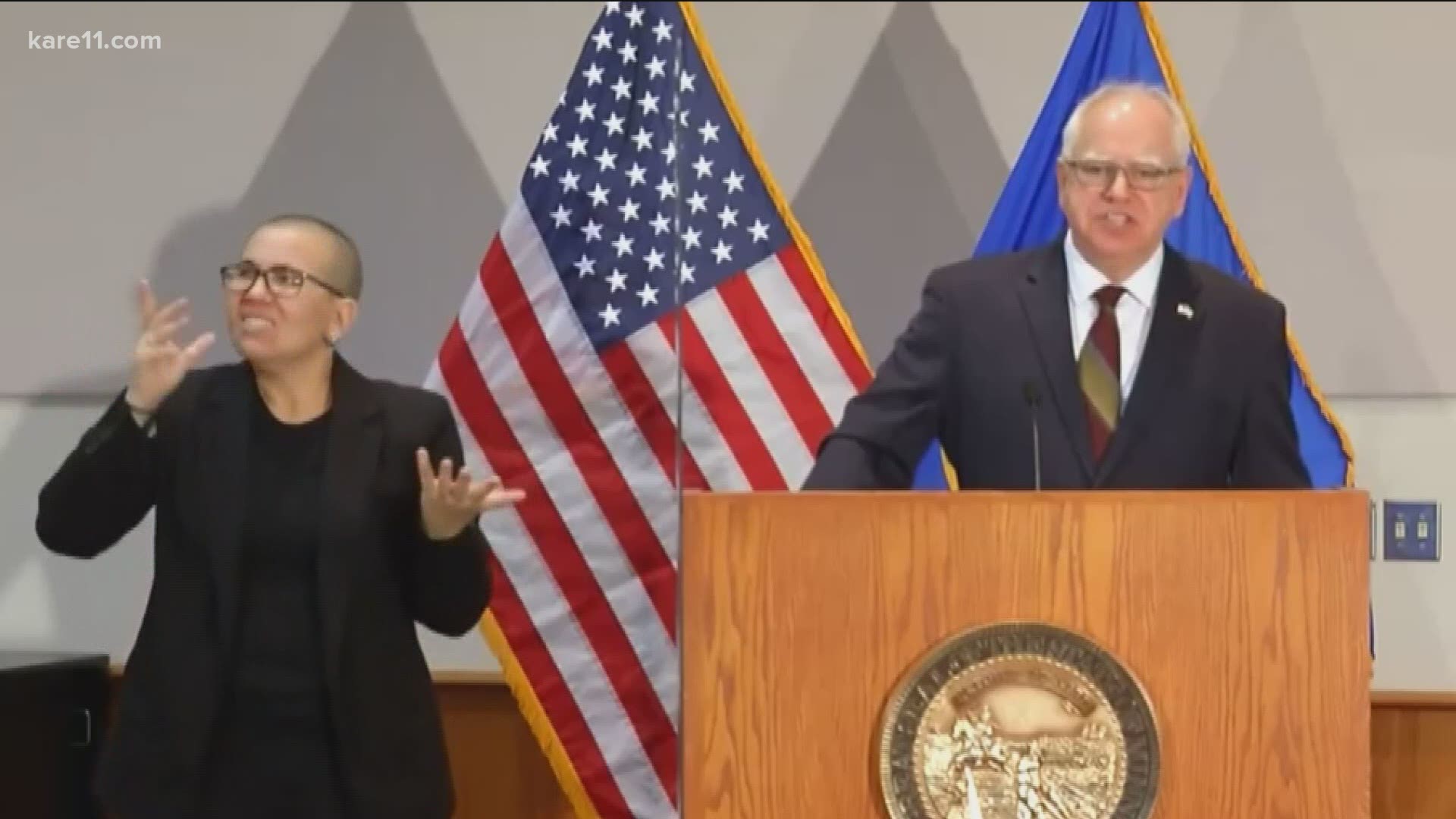 ST PAUL, Minn. — Gov. Tim Walz on Friday blasted the Trump administration for a “botched” vaccine rollout plan, accusing the federal government of misleading states about the existence of a federal stockpile to provide second-dose immunity.

Three days ago, Health and Human Services Secretary Alex Azar released new guidance to states, asking them to expand vaccine access to people 65 and older or with health conditions that put them at more risk of dying from COVID-19. With that guidance came the assurance that the federal government would release a reserve supply of vaccines, allowing people to get their second doses as required for full immunity.

On Friday, multiple news outlets reported that the federal stockpile does not actually exist – a revelation that stunned several Democratic governors like Walz.

“This is so far beyond the pale, to be almost unimaginable. And, I’m gonna call it,” Walz said. “Where did they go? Who’s going to be prosecuted for this? What are the states to do when they’ve been lied to and made all their plans around this?”

Walz said the expanded federal guidance, opened Minnesota’s vaccination pool to about 2.1 million people; however, he said, the state only had 60,000 doses for that. Without a surge in vaccine supply from the federal government, the state will have to reevaluate distribution plans for more vulnerable populations – and Walz admitted he’s nervous some might get caught waiting for a second dose after already having their first.

“I am not sleeping because of it,” Walz said. “Yes, I am deeply concerned.”

HHS has said that states haven’t completely filled their orders yet, and Secretary Alex Azar, meanwhile, said Friday that “some governors have forced vaccination programs, to basically get every single health care provider vaccinated before you can move on to our most vulnerable.”

Dr. Tim Schacker, the Vice Dean of Research at the University of Minnesota Medical School, said news about the lack of a stockpile is “worrying.”

“Now, it’s not clear if that supply is there, or what exactly is available,” Shacker said. “I think that’s a story that’s unfolding, and we don’t know at this point what is actually there.”

President-elect Joe Biden, who takes office in a matter of days, says he’ll push for 100 million vaccine doses in his first 100 days – adding that vaccination centers and traveling mobile units will be needed to meet the demand.

“It’s a logistical challenge to overcome, but, I think it’s easily overcome,” Shacker said. “Just look at what’s going on around the country, with opening up stadiums. On our campus we’ve got plans for large-scale vaccination. Once we know what our supply is, once we know what the distribution to the state is going to be, I think you will see that happen in very fast order.”