Many say they saw this coming, but it still hurts their industries. 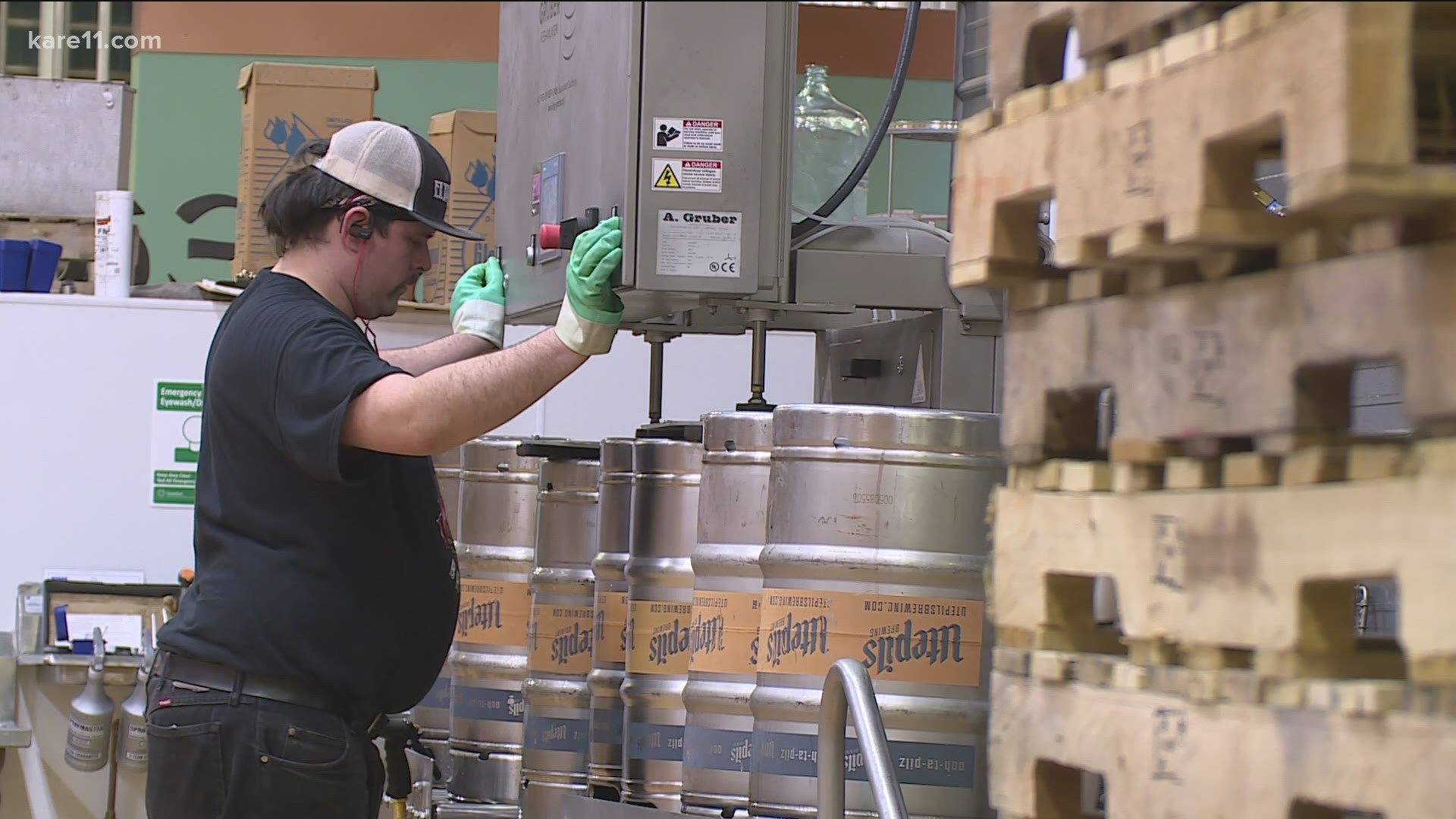 MINNEAPOLIS — Just because Dan Justesen of Utepils Brewing saw Governor Tim Walz's announcement coming, things didn't get any easier. He said he had just wrapped up a conversation about the future with his stakeholders.

"I just came out of a meeting talking about what do we do with our staff," Justesen said. "It's inevitable that we're going to have to furlough staff."

He said it's frustrating because he and the Utepils team have been doing things the right way, like many other breweries, bars and restaurants in the state.

"We've had no cases with staff, no cases we're aware of with any of our customers," Justesen said. "So we understand the need. The whole virus thing has been botched in my mind from the beginning and unfortunately now we have to deal with it in a less than perfect way."

El Mexican Restaurant owner David Perez said something similar. He said he's had his restaurant in Hastings for a little over three years now. He said he felt like he was just hitting a groove with to-go orders and sticking to a 50 percent dine-in capacity. We asked if he was ready to let go of all of that.

"I think in a way we already lost it," Perez said, referring to profits and sales that could have been. "A lot of everything that's being mentioned in the media, it scares people. Because people were staying home, infections were up, they aren't coming out to eat."

In preparation for the four week closure of in-person dining, Perez said he might pick up another gig for himself.

Working in food service is difficult. Andrea Hinds from St. Paul, knows it first hand. She said some patrons have been extremely selfish when it comes to safety guidelines like wearing masks.

"They'll wear a mask in because it's mandated but they'll take it down to talk or they will expose their nose or take it off and be like, 'oh my gosh, I just have to breathe,'" Hinds said. "I understand. But you're also endangering me and endangering my employees."

Hinds said she's supportive of the dine-in closure, even though she's worried about yet another furlough.

"I just got a job after the last layoff in March," Hinds said. "I really enjoy it. I worry that all my workers and me are going to be furloughed. Or my mother in healthcare."

Healthcare workers are in the same boat as well. Carla Lucas said she knows staying home is the safest bet.

"Understanding that these are your congregate areas, the more and more we're together, the more that the virus will spread," Lucas said. "I understand people want to get out and be around each other but in the era of COVID, it really is the safest bet for us to stay home."

Lucas said it's been a difficult past few months.

"I am doing okay," she said. "I work in healthcare so I have an understanding of how it impacts families and individuals. So it's hard to work in this environment. It's stressful. But right now we have a good team that's working and we're supporting each other."