What happens if second COVID-19 vaccine dose is delayed?

The UK has spread out the time between the vaccine doses to prioritize giving more people the first shot. MN officials are reluctant, given the unknown. 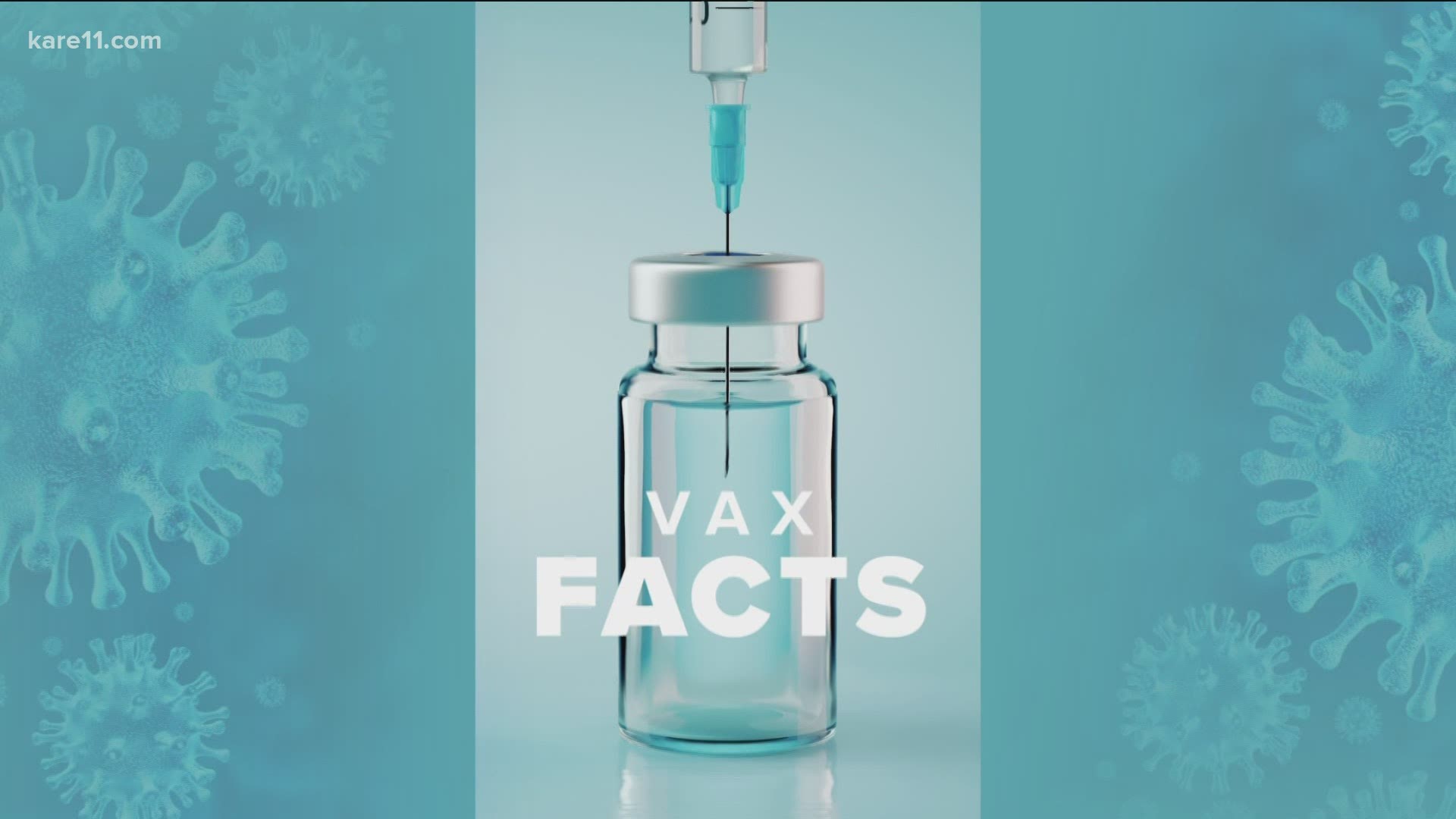 MINNEAPOLIS — On Friday, Gov. Tim Walz's anger was palpable as he explained how Minnesota would struggle to follow the new Centers for Disease Control guidance to expand vaccine access to more groups. The expected benefit of the federal reserve supply of doses turned out to be non-existent.

"They were lying. They don't have any doses held back. There is no strategic supply for the second doses," Walz said.

That development raises a question among the experts: What happens if more time passes between the first and second shot than was approved by the FDA?

Three weeks ago, the UK decided to space out the doses up to 12 weeks in order to give the first shot to more people.

"I would say we have to stick with the FDA approved product uses," said Dr. Michael Osterholm. "To alter from that, without more data, I think is not the right thing to do."

Osterholm said the delayed second dose is shown to be effective in the Astra-Zenica vaccine, which is given in the UK but not yet in the United States.

Osterholm says it's unknown whether the same would be true with the Moderna and Pfizer vaccines.

"There's less clarity with the mRNA vaccines. There, we really don't know as much," he said.

An article in Science Magazine raises the question of whether too much time between doses would allow emergence of a mutated strain that the vaccine won't protect against.

"That's not how immunity works," said Dr. Vincent Rajkumar from the Mayo Clinic, one of the world's leading researchers of plasma cells, which make antibodies.

Rajkumar said he believes the worst thing that could happen if too much time elapses between doses is that the inoculated person's immunity will wane. But he disagrees with the theory that it could create a breeding ground for a variant that can outsmart the vaccine.

"As long as we have committed to giving the second dose in a reasonable amount of time, then I think the risk that mutations will arise is not there," Rajkumar said.