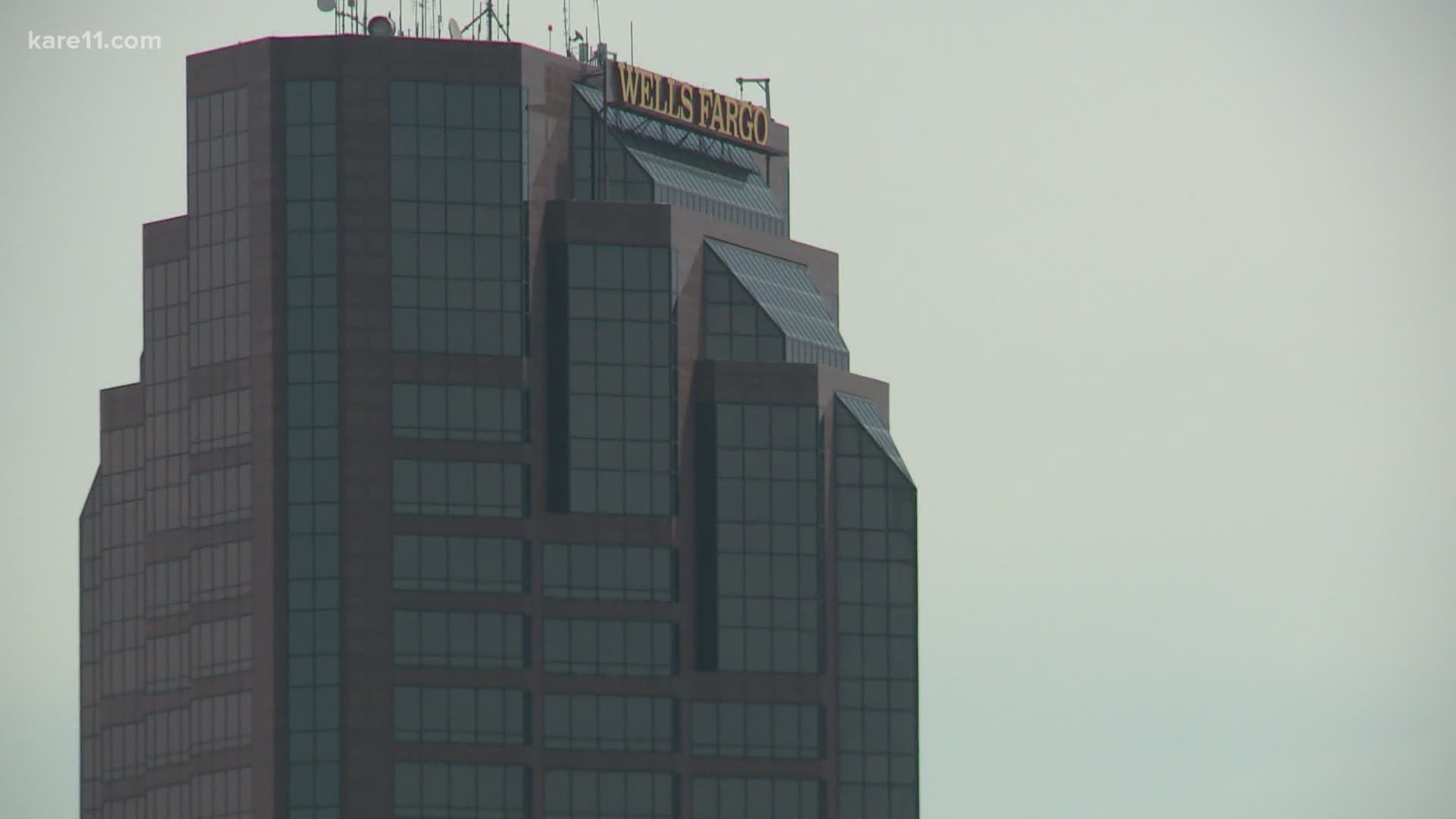 ST PAUL, Minn. — Before mid-March, about 1,500 people on any given day would head to work in the Wells Fargo Place building in downtown St. Paul.

"By mid-March, the third week in March, we were like, 'Okay. This is real life,'" said Heide Kempf-Schwarze, senior property manager for Unilev Management of Minnesota, which manages the building.

Many of the building's 27 tenants began to have employees work from home. Kempf-Schwarze says the majority remain there, with only an estimated 200-300 people now coming into the building on a daily basis.

The property management team dusted off their "pandemic playbook", created, but never used, during the 2009 H1N1 pandemic.

They created separate entrances for the public and tenants, placed arrows on the floor to direct foot traffic around the elevators, and put antimicrobial covers over the elevator buttons.

"It's a clear sticker that you adhere to the buttons in the car for each floor," Kempf-Schwarze said. "They push that button and it self cleans in between routine cleanings by our cleaning contractor."

Credit: KARE
The clear antimicrobial covers on elevator buttons in Wells Fargo Place are hard to see, but Kempf-Schwarze says they help to kill germs in between routine cleanings.

The elevator cars will be limited to two people per ride. In the 37 story building, with 11 elevators for transporting people, and potentially 1,500 people heading to work, that could mean a longer wait time. Kempf-Schwarze says tenants have been helpful in testing the logistics by bringing employees back in phases.

"They're rotating days people are in the office, or staggering start and end times," she said.

"Realistically, they're looking at staggering their workforce. A lot of our customers are looking at that as sort of a long term solution," she said. "Sort of dividing into an A, B and C group, and these are the days of the week you come into the office."

Duffy Sananikone says figuring out work spaces that adhere to social distancing guidelines is a major focus of her work.

Mayo Clinic has advised companies like Delta and Hilton on how to safely bring people back into work spaces.

Rizza stressed the need for wearing masks. She said a group of people in a tight space, like an elevator, for a relatively short amount of time would not be at an especially high risk, if everyone in the elevator were wearing a mask.

"It's mostly human behavior, moving differently, not necessarily grouping and clumping the way we used to, and wearing masks indoors," she said. "That has been the major change for most of these groups that have had to put these measures in place."

Rizza also said companies bringing employees back to the office will happen in phases.

"They're not just saying, 'Okay, we're going to flip a light switch on and everyone comes back like it was last January.'"

RELATED: How to stay productive while working from home

RELATED: How COVID-19 could change the workplace