What to expect when movie theaters and bowling alleys reopen

Wednesday marks a new beginning for many local businesses, including movie theaters and bowling alleys, but owners say it won't be business as usual. 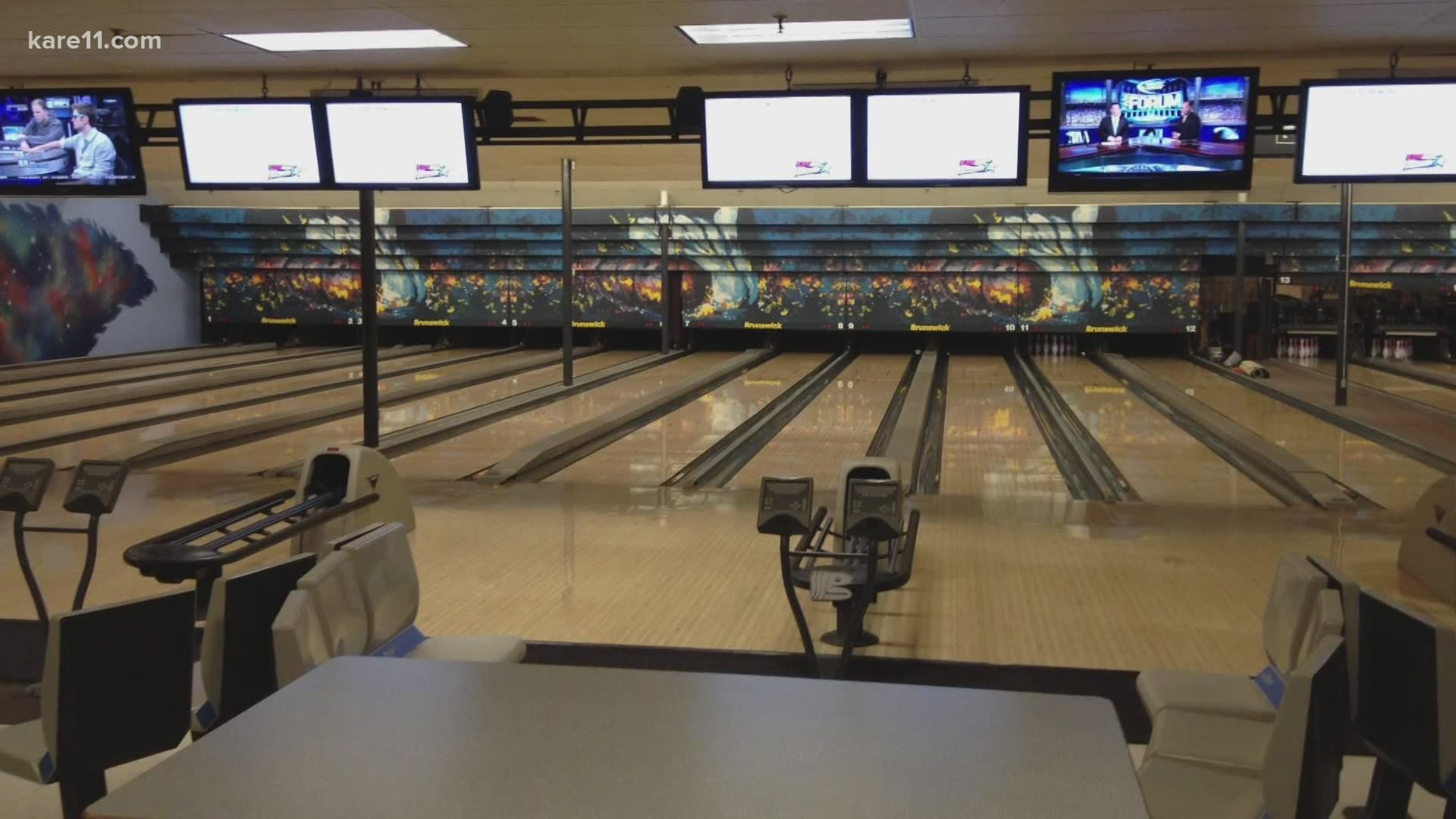 "I was a little bit surprised,” Bender says.

He thought it would be several weeks yet before that happened, so he’s working fast to get the bowling alley back up and running.

"We took a lot of seats out and put them away in storage so we can better control the amount of people gathering in groups. We took all of the bowling balls and we moved them to either a room where we can store them or behind the counter where we can control how many are given out,” Bender says.

There will also be a limit of five bowlers per lane.

Each group of bowlers will also be separated by two empty lanes.

Bender says he may change that to one empty later lane on, but at least for now he wants to err on the side of caution.

“I think the first few weeks will sort of set the tone moving forward,” Bender says.

With these safety measures in place Bender says the bowling alley will only have about eight lanes open at a time.

That’s why he’s encouraging customers to call ahead to reserve a spot.

"I think people get kind of accustomed to being able to have a group of like ten people on a couple of lanes and we're not going to be doing that," Bender says.

He says every bowling alley will have a different approach to keeping customers safe.

The requirements set forth by the governor’s office state that business owners must stay under 25% capacity and they must keep social distancing in mind.

It’s basically up to each individual business owner to come up with a plan that meets both of those requirements.

Movie theaters are also getting ready to open for the first time in months.

But unlike bowling alleys, most movie theaters won’t be ready for customers by Wednesday morning.

The movie industry itself isn’t slated to release a new movie until at least mid-July.

“We will have a lot fewer seats available. Our biggest theater holds about 200 people. So, with the 25% capacity rule we’ll have about 50 open seats in that theater,” Schofield explains.

Schofield says the theater will also limit groups to four people or less, but he says they will make exceptions if the situation calls for it.

He says employees will be required to wear masks at all times.

Customers will also be required to wear masks in the lobby, but once they get into the theater they’re free to take them off.

"It’s exciting to be open again. It’s leisure, it’s entertainment, it's a stress relief, it's an escape. It's all these things put together and being able to get back to that will sort of be a pressure release for a lot of people.”

Other movie theaters will be even slower to re-open.

Mann Theaters, which owns eight theaters in Minnesota, won't be open until Friday June 26th, according to the company’s website.

Other chains like AMC and Landmark are still deciding when to re-open.