What we can learn from the 1918 flu pandemic: New study takes historic approach

Study shows how 43 U.S. cities recovered economically after the 1918 flu pandemic. What they discovered might surprise you. 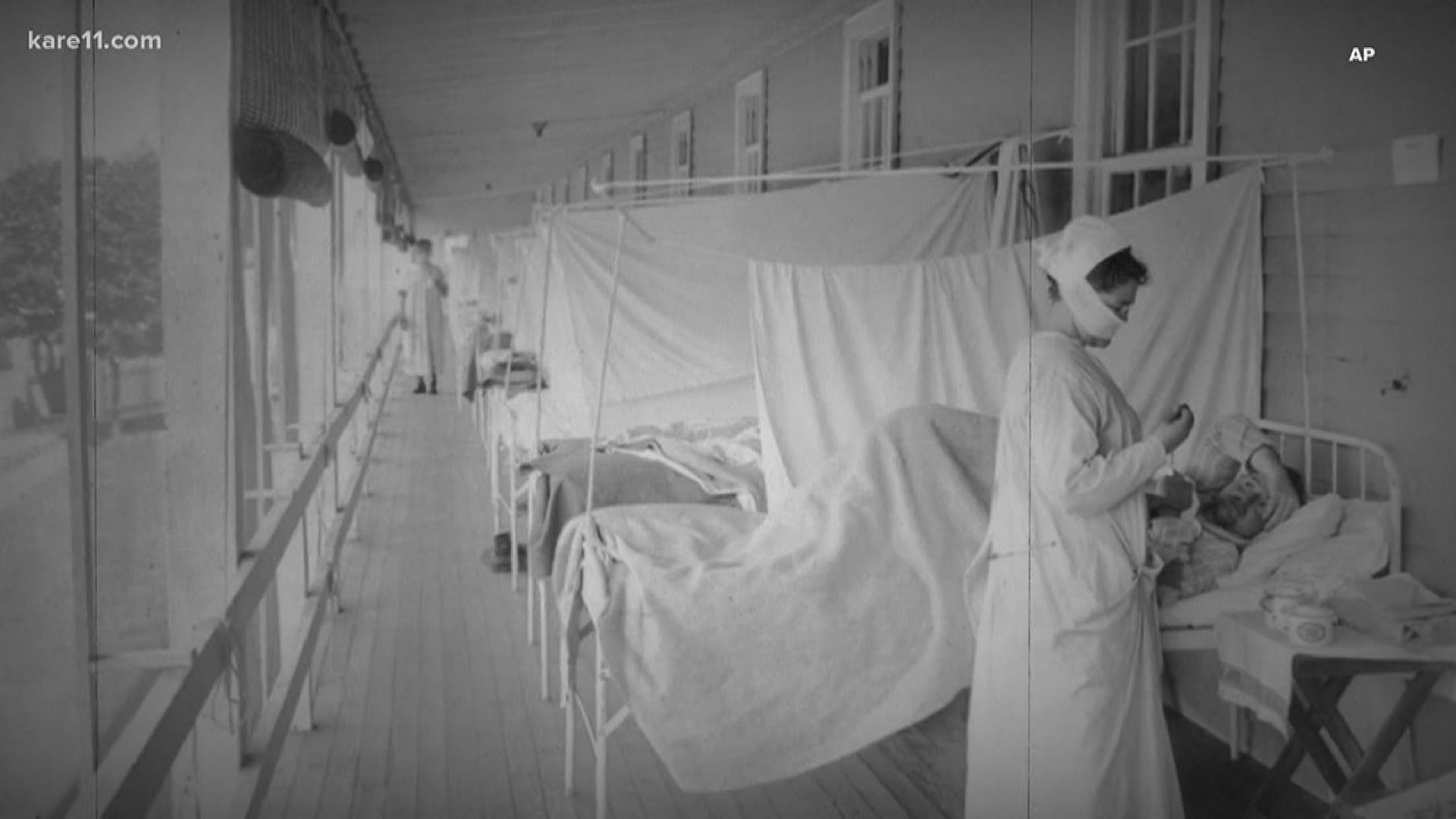 MINNEAPOLIS — The 1918 flu pandemic - sometimes known as the Spanish flu in American history - killed millions around the world and here we are more than a century later, facing yet another deadly pandemic.

"There's a lot that's different about this current outbreak, but there's so many fascinating similarities just in terms of how widespread the consequences are," Youde says.

He says we can learn a lot from how the United States responded to that crisis, in fact, a new study put out by researchers at MIT and the Federal Reserve did just that.

The study used public records and health data to study how 43 major U.S. cities responded to the 1918 flu pandemic and researchers discovered some very surprising connections.

During the pandemic each city was able to decide for itself when to close down businesses and schools and for how long.

Some cities responded immediately and shut down businesses for more than 100 days.

Other cities took a lighter approach and waited several weeks to shut down businesses and only kept them closed for a month or two.

"What they found was the cities who put restrictions in earlier and held them on longer tended to see a lower mortality rate and had better economic outcomes than the cities that were more lax in their response," Youde says.

It’s probably not surprising to hear that cities that closed down early and stayed closed longer saw lower mortality rates.

But Youde was surprised to see those same cities also saw increased economic activity once the pandemic was over.

“It’s sort of a small cost upfront to implement these sorts of programs and policies, but it appears that there may be a larger payoff in the long run,” Youde says.

Among the 43 cities are both Minneapolis and Saint Paul.

Two cities within the same state, that each border the same river, but somehow each managed to produce different results.

The study shows Minneapolis shut down businesses and schools more quickly and kept them closed longer and actually did much better in the long run.

"In Minneapolis we did see a lower mortality rate and also a greater growth rate in the manufacturing and employment sector than we saw in Saint Paul,” Youde says.

So, Youde says this idea that cities and states must choose between saving lives and saving the economy might not be true.

History shows you might be able to do both, if you act quickly and have a plan.

"The more we can sort of learn from these past examples, the better we'll be prepared for the next pandemic that may come," Youde says.

Researchers say you should take the study with a grain of salt, though.

In 1918 we were fresh off of WWI and the world was a very different place back then.

So, we might not see the same results now more than a hundred years later.