Winter is coming, so what does that mean for COVID-19?

Here's a conversation with Dr. Frank Rhame of Allina Health, about what the colder weather means for COVID-19. 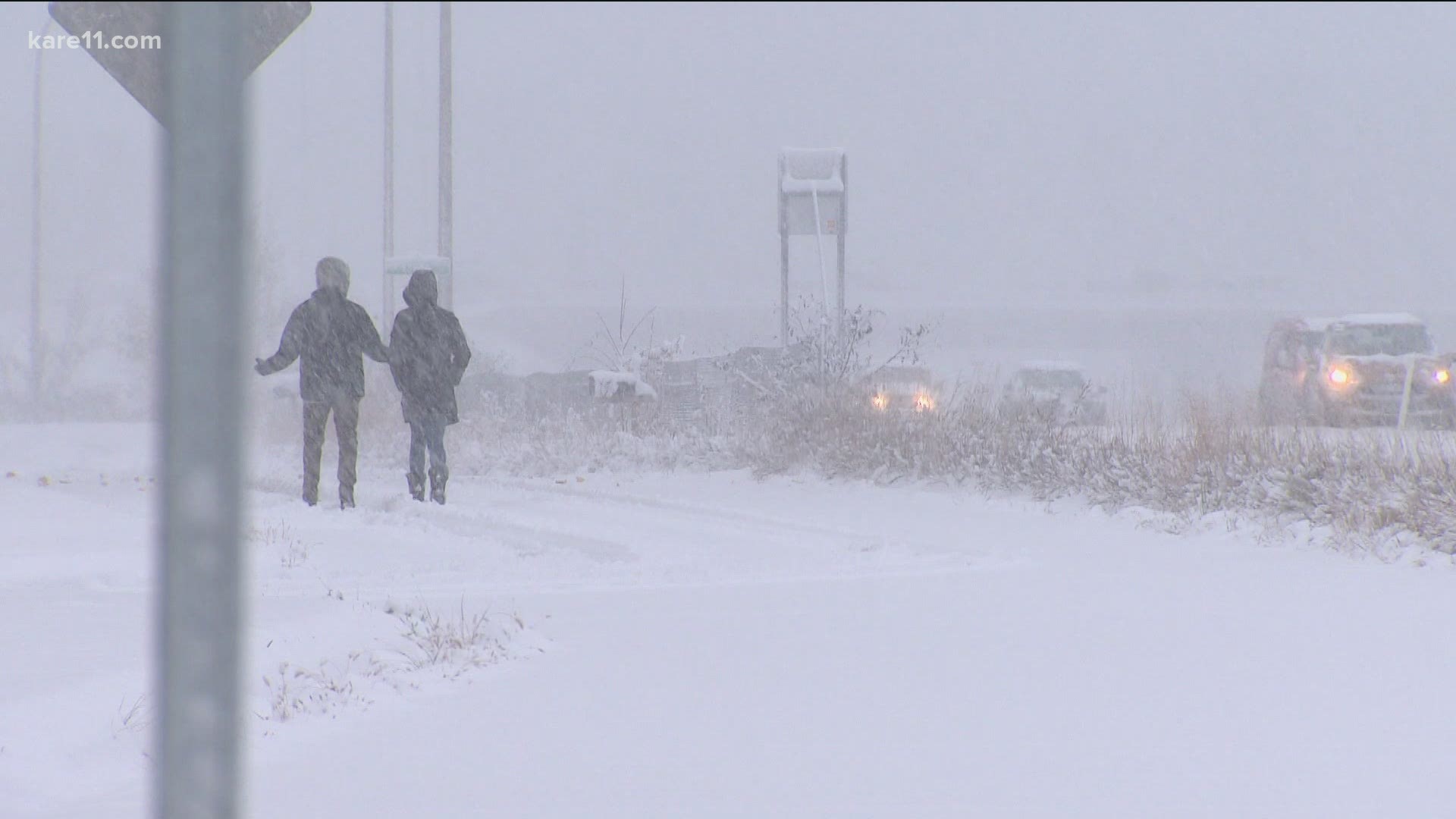 ST PAUL, Minn. — As another Minnesota winter approaches – this time during a pandemic – a natural question emerges.

Will the novel coronavirus spread faster in the colder, drier Upper Midwest air, just as other viruses like influenza have been proven to do?

The topic is complicated, and it's subject to further research and debate. For what it's worth, the Centers for Disease Control still officially states on its website that "it is not yet known whether weather and temperature affect the spread of COVID-19."

We interviewed Dr. Frank Rhame, infectious disease physician with Allina Health, via Zoom on Tuesday afternoon to talk about this subject in depth.

Here's a transcript of that conversation.

KARE 11: A lot of people are wondering, because we're really past those fall temperatures and looking ahead to the winter temperatures – what do you think, from a broad perspective, what does that mean for COVID-19 over the next several months?

Dr. Rhame: We certainly know that a lot of respiratory viruses have strong seasonality, in climates with big temperature swings. Not so much around the equator, but the farther away you get from the equator, the more seasonality there is. That has been demonstrated well, for things like influenza... but really, it hasn't been demonstrated for the SARS-2 virus (COVID-19), yet. I would actually personally believe that this virus is so effective at transmission and there's so much of it around, that right now, we're overwhelming any seasonal effect just by the sheer amount of transmission going on. This is almost really more relevant to next year, when we still have some residual vaccine refusers, and whether they'll have seasonality or not, will be an important issue.

KARE 11: What is it about COVID-19 that does make it so – for lack of a better term – effective with transmission?

Dr. Rhame: The principal thing is that it is infectious before people really know they're infectious. Influenza hits you hard and although you could transmit before it, you know pretty much at the moment you get it, or within hours, that you're sick... COVID can produce an aggressive course like that, but often it's very subtle and it creeps up on you. For the people that don't crash, it never gets very severe and sometimes people can remain totally asymptomatic for the whole 10 days and be transmitting that whole time and not even be aware of it. That ability, to be a stealth transmitter, is really key to it. The next thing may or may not be the extent to which droplets that remain in the air can do it.

That droplet thing gets really confused, because we've got the big droplets which fall to the earth pretty quickly, and those you don't want to be six feet away without a mask. The smaller droplets that remain airborne, the small airborne versus the large falling droplets are the key. What fraction of these transmissions occur from small airborne ones, that can remain around for a half-hour or hour and even be there after the person who released them leaves the room? What fraction of transmissions come from that? I think it's a little more than the average virologist thinks, but, it's certainly some – and they tend to be responsible for the super-spreader events. So, you get the church choir where there's one person in the choir, everyone's singing, and you infect two-thirds of the whole room. That kind of thing is hard to explain by the large falling droplets, it's gotta be the small airborne droplets that do that. So, to the extent that there's relatively greater number of small airborne droplets, [COVID] has an advantage.

That one turns out to be very important with respect to the humidity issue. It's pretty clear as I talk, I'm spraying this TV screen – not you, fortunately, you're on the other side of the planet as far as I can tell – those droplets start bigger than they wind up, and the big ones fall to the earth before they can evaporate. The small ones... they can have evaporation to airborne droplets before they fall down. That happens faster in low humidity environments. The small airborne droplets still do nothing but fall, but in a turbulent room, there's enough turbulence to keep some of them in the air for a much longer period. The big ones, they drop so fast the turbulence doesn't really keep them in the air. They all drop, they all fall, but the small ones can stay up with turbulence, to some extent.

KARE 11: It sounds like, from what you're describing, that there's probably some role to the seasonality, however we're not quite sure to the extent, and it's already so widespread?

Dr. Rhame: I think undoubtedly for many of these viruses, seasonality exists. And it would be my expectation that when things calm down and we're not overwhelmed by sheer transmission, we'll see it for COVID. And, at that time, these issues will become of much more concern. And the people, for some really not wise reason, [who] don't take the vaccine, they may want to think about room humidification for part of their defense strategy. It's a fascinating question, the whole topic. Let me just make a point about this: When people talk about the reasons seasonality might exist, it's dry noses... maybe our noses don't work as well, the defenses of our upper airway passages don't work as well when they dry out. That's a good hypothesis. Interestingly enough, masks may help in that regard, because masks probably increase the humidity in the airway passage and warmth in the airway passage. That might be a secondary reason why masks might be protective – all speculation here, mind you – but there's that potential.

There's the crowding issue [more people moving indoors during colder weather], but I must say, that doesn't convince me all that much. If you look at what's happened the last 50 years, we spend most of our time indoors now. Human beings now spend most of their time indoors, summer, winter, spring, fall. The crowding issue associated with winter is not as persuasive to me, as it might have been 50 years ago. So, if the crowding isn't it, it must be some of these other things, because it definitely is a phenomenon. What explains it, is actually a major scientific mystery, in my opinion.

KARE 11: With people out there getting ready for Thanksgiving and holidays... what would be your final reminder to people?

Dr. Rhame: The light is at the end of the tunnel here, guys. The more we are careful now, the more we are disciplined now about distancing and masking, the fewer people are going to be dead before we get a vaccine. That's what is at issue here. It's a grim race, between keeping people alive who would be killed by this virus, long enough for them to get the vaccine. So, hang on, the vaccine is around the corner. Just do it. It's not that hard.