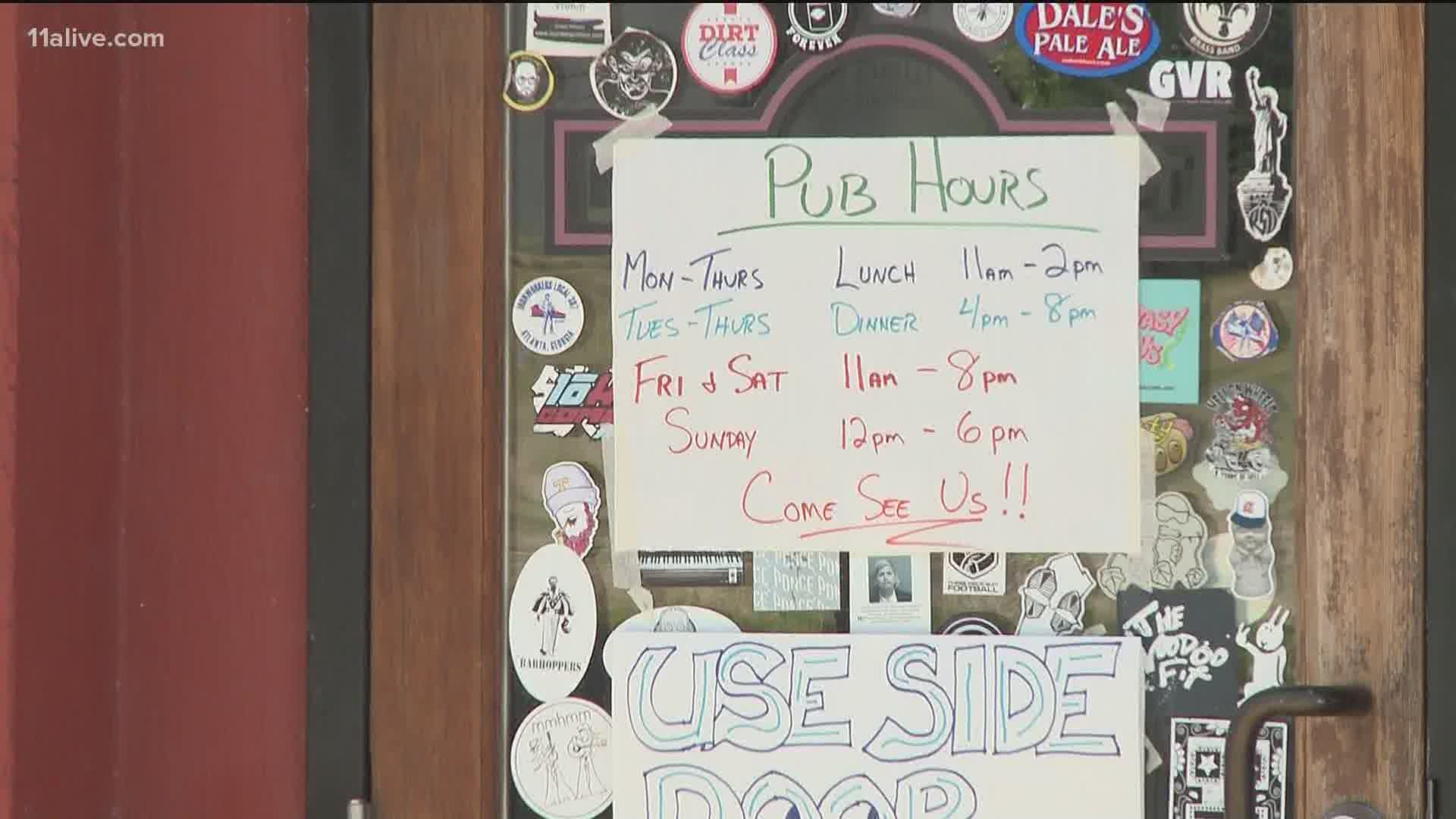 The governor’s office is expected to announce Tuesday what will happen after the business-restriction order expires Wednesday. The question is, though, how much of a difference it will make in an unpredictable pandemic climate?

"Until the public and customers feel safe, they’re not going to come out either way, if we open or not," said Mike Jakob, owner of the Elliott Street Pub in southwest Atlanta's Castleberry Hill neighborhood.

Elliott Street has sustained itself selling sandwiches out the front door during the pandemic. But Jakob doesn’t expect the nine-seat bar inside the pub to reopen even if the governor says he can.

"I don’t think three people could be in my bar and be socially distant," said Jakob, who believes his bar is the smallest in the city of Atlanta.

Six Flags, the giant Cobb County amusement park, announced it would allow guests by appointment only – whenever the park reopens.

RELATED: These are the concerts in Atlanta canceled or postponed due to COVID-19

Music venues have been completely shut down.

A look at the website of Atlanta’s Variety Playhouse shows plenty of postponed shows – but others still on the books for June and beyond. But concerts are rarely compatible with social distancing – and the outlook for them remains unclear regardless of the governor’s order.

Jakob says the culture of public gatherings may have to change completely.

"It took one guy to make us all take off our shoes in an airplane," Jakob said. "If we’re all going to have to wear masks and temperature bracelets, if we all have to get tested and have a bracelet on that says we’ve been tested -- that might be the national standard (soon), you know?"

Asked if the bar on Edgewood Avenue known as Sister Louisa's Church might reopen this week if the governor allows it, owner Grant Henry texted one word: "Nope."

"Earliest June, if safe," he added.

11Alive is focusing our news coverage on the facts and not the fear around the virus.  We want to keep you informed about the latest developments while ensuring that we deliver confirmed, factual information.

We will track the most important coronavirus elements relating to Georgia on this page. Refresh often for new information.

Context on the numbers: What hospitalization numbers reveal about COVID-19 spread in Georgia