The store near Jordan is a favorite destination for many. 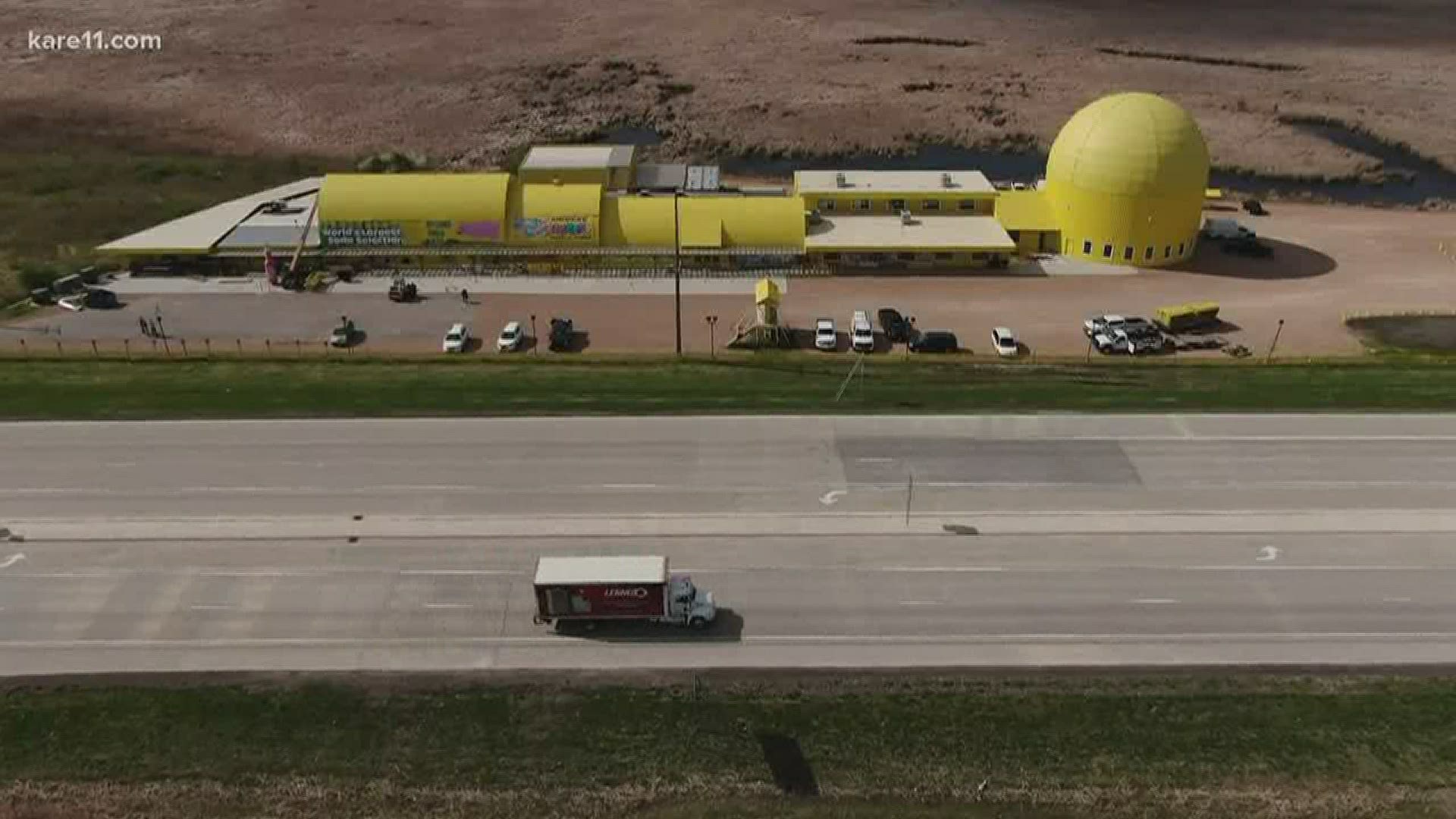 JORDAN, Minnesota — Some would argue that chocolate is essential to life itself.

Their argument has been bolstered by the weekend opening of Minnesota’s Largest Candy Store.

The screeching yellow football field-and-a-half-long assortment of add-ons will open its doors Friday morning at 8 a.m. – with state approval.

“We reached out to the governor’s task force,” owner Robert Wagner said, “and they got back to in about three days indicating we met the qualifications of an essential business and we had permission to open.”

Wagner successfully made his case that candy – while the most prominent part of his family's business – isn't all of it.  His family also sells apples from its own orchards and other agricultural products grown in nearby fields.

On Wednesday, Rex Ernst, owner of Rucks Meats in Belle Plaine, packed a candy store cooler with sausages from his butcher shop.

“It's probably half of our business in the summer, at least,” he said.

Wagner says the same is true for other suppliers of products from asparagus to jams and jellies.

Still, Friday’s opening will not be business as usual.

Clear plastic dividers have been installed between candy aisles and at the checkout counter.

Also, Wagner says he consulted CDC recommendations for his square footage and will allow a maximum of 200 customers in his store at one time.

“For me, being open, is infinitely better than being closed, even if the business is down 75 percent,” Wagner said. “Just any movement forward feels so much better than just being stationary.”

The seasonal store known for its annual additions, will debut a couple more. The ceiling in the Wagner family’s original apple barn has been opened up and painted in a nautical theme.

RELATED: The impacts social isolation has on the immune system

“We brought in a team of artists and they painted for, I'm going to say, a couple of months,” Wagner said.

Outside, a three-dimensional mural, more than a year in the works has been freshly painted on a concrete slab.

NOTE: Minnesota’s Largest Candy Store will open on Friday at 8 a.m. Regular hours are Monday – Thursday from 9 a.m. to 7 p.m. and Friday – Sunday from 8 a.m. to 8 p.m.  The store will be open at 8 a.m. Monday – Thursday to give vulnerable adults an hour to shop while the store is less crowded.  The Wagner’s encourage customers to come during the week when business is slower.