Eagan company earns verification, becomes only cleaner to use CO2 to clean toxins from firefighter gear

The hazardous carcinogens, bacteria and metals can cause cancer, a leading cause of death among firefighters. 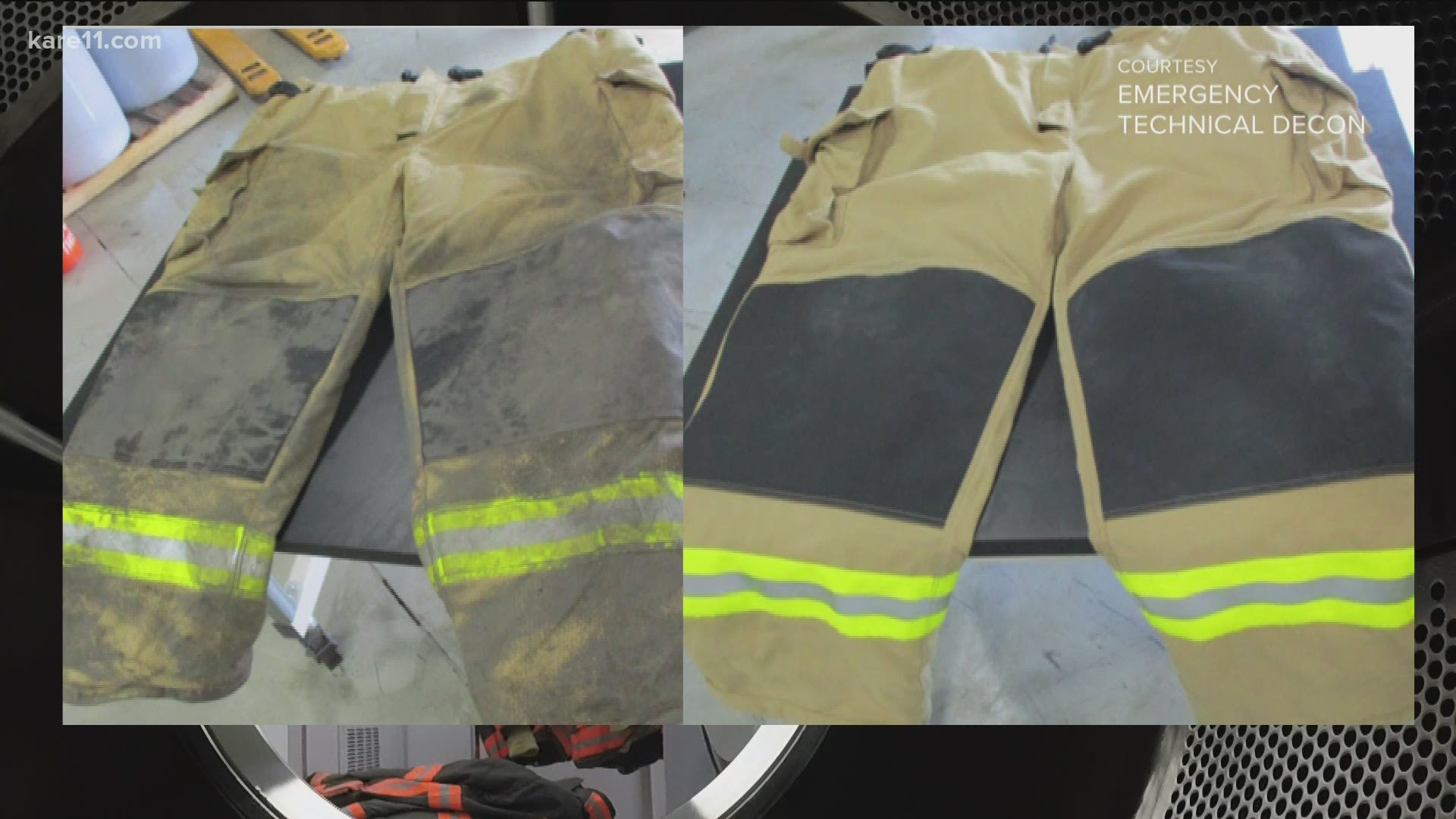 EAGAN, Minn. — A Twin Cities company is doing something that hasn't been done anywhere else in the country, and it's all to take better care of our first responders.

Jon Wikstrom started thinking about the idea three years ago. He built the lab in a warehouse in Eagan. Last month, he says ETD became the only verified cleaner in the country that uses this process after being certified by a third-party, nationally-recognized laboratory.

"We need to do something good with the technology," Wikstrom said. "We knew this firefighter industry needed it."

Wikstrom says cancer is the number one cause of death among firefighters. The National Fire Protection Association (NFPA) says chemicals are emitted from even regular household products when they burn – toxins that end up in firefighter gear. The NFPA recommends firefighters wash their gear twice a year or after a substantial exposure.

Wikstrom says their patented process removes 99.6% of those toxins, while the commercial-grade washers found at many fire departments remove 15% to 40% from just the surface using water.

Wikstrom says CO2 penetrates all the gear's layers, capturing toxins at a molecular level. "It's a gentler process, stays about room temperature and fairly low speed on the extraction side," he explained.

RELATED: Fire safety more important than ever as temps drop

So far, he has cleaned gear for Eagan, Apple Valley, Maple Grove, St. Paul and Richfield Fire Departments, including departments in Utah, Arizona and Alaska.

For now, firefighters are responsible for the cleaning costs. Jackets and pants can run about $160, add in the entire set and it costs about $300. Wikstrom homes future budgets or corporate sponsorships will incur the costs instead. ETD does currently provide a courier system.

"We can pick up, clean, deliver, sometimes within the next day," said Wikstrom."

Northfield firefighter TJ Dvorak and his crew had ETD clean their gear after the historic Archer House River Inn went up in flames last fall.

"It’s not just wood and sheetrock anymore," said Dvorak. "Those carcinogens get in your clothing and when you sweat it opens up your pores and then you absorb it into your system."

The longtime firefighter said dirty gear used to be a sign of credibility. Now, the cleaner the better and he says paying for ETD's new approach should be a priority.

"I mean firefighting is a risky business anyway, so now the stuff that you're wearing is creating another type of risk," said Dvorak.

Wikstrom is hoping for a return on his million dollar investment. He even has plans to expand and create smaller, more mobile cleaning labs to serve rural departments, in particular, right on site.