A technological breakthrough is giving new hope to amputee patients in Minnesota. 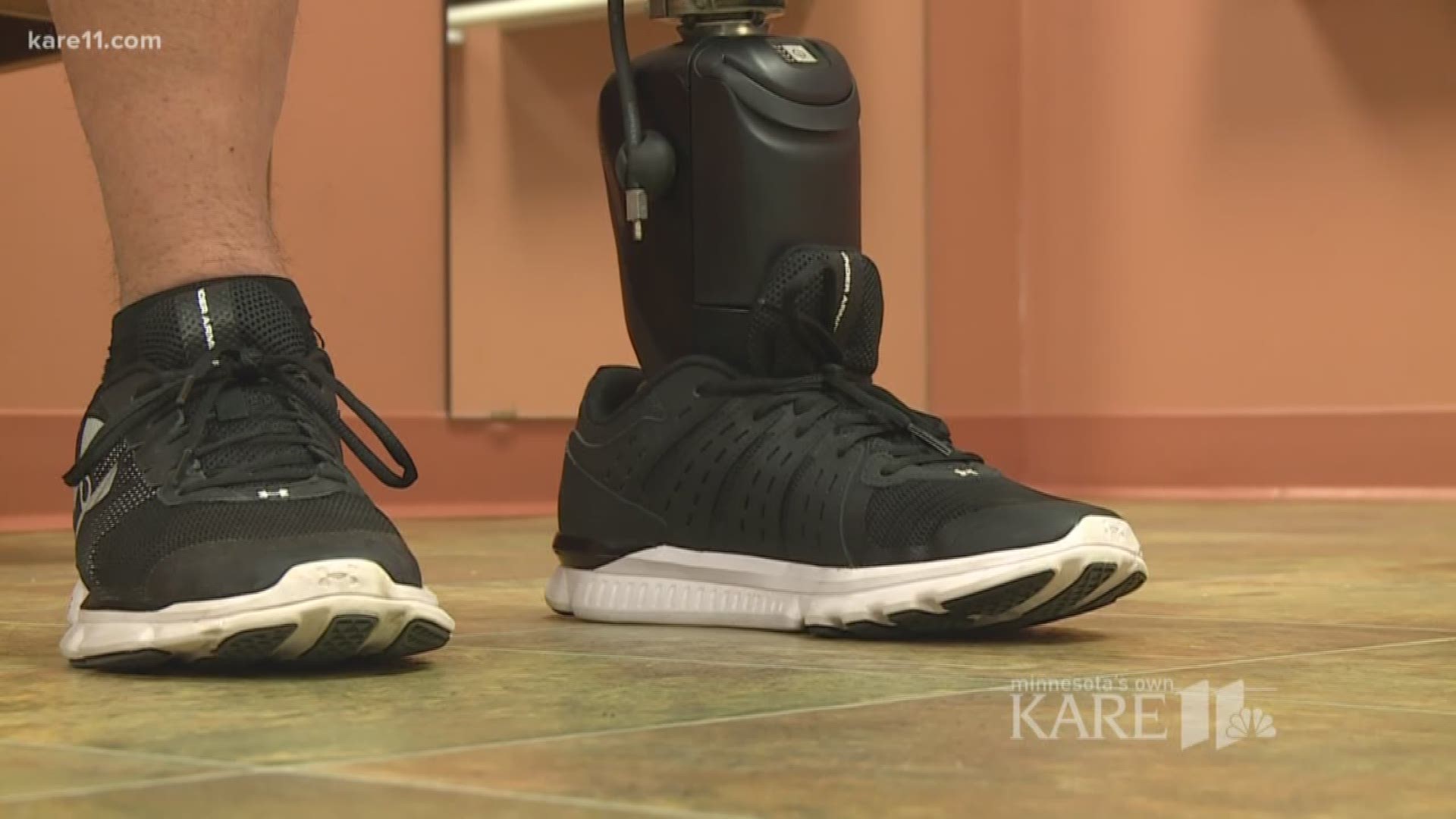 The Tillges Certified Orthotic and Prosthetic clinic in Maplewood unveiled the “Empower Ankle” prosthetic foot Wednesday, marking the first time the clinic says the device has been introduced in the region.

Experts say its introduction to the market marks an industry milestone.

“I would say it’s like the iPhone,” said Erin Ninness of Ottobock, the company that manufactures the Empower.

Ninness said more than 1,500 patients are using the device, which she says uses a combination of “sensors, gyroscopes and hydraulics” to help people regain a natural walking gait. She said the company has taken time to refine the technology, which was first developed five years ago, and is now attempting to bring the device to a wider market.

The Maplewood clinic said they’re thrilled to carry the company’s product forward to their patients.

“It’s a powered foot, propels amputees up and down hills, ramps, slopes. Provides a propulsion for the amputee while walking,” said Michael Tillges of Tillges Certified Orthotics and Prosthetics.

What does it mean for those living without limbs? Those who’ve tried the device say it’s nothing short of transformational.

“It’s as I don’t have an ankle that I don’t need to physically move. It moves for me,” said Judd Yaegar, who lost part of his left leg in a car accident seven years ago. “This is actually easier than walking on my original left ankle, like born-with left ankle. Yeah, it’s cool,” he said.

The Empower does come with a hefty price tag for those who don’t qualify for veteran or workers compensation insurance coverage: $60,000. But the company says they’re willing to consider each request, case by case. For more information, click here.