Kris hopes by sharing 8-year-old Bentley's story she can help other families and build awareness about life with a feeding tube. 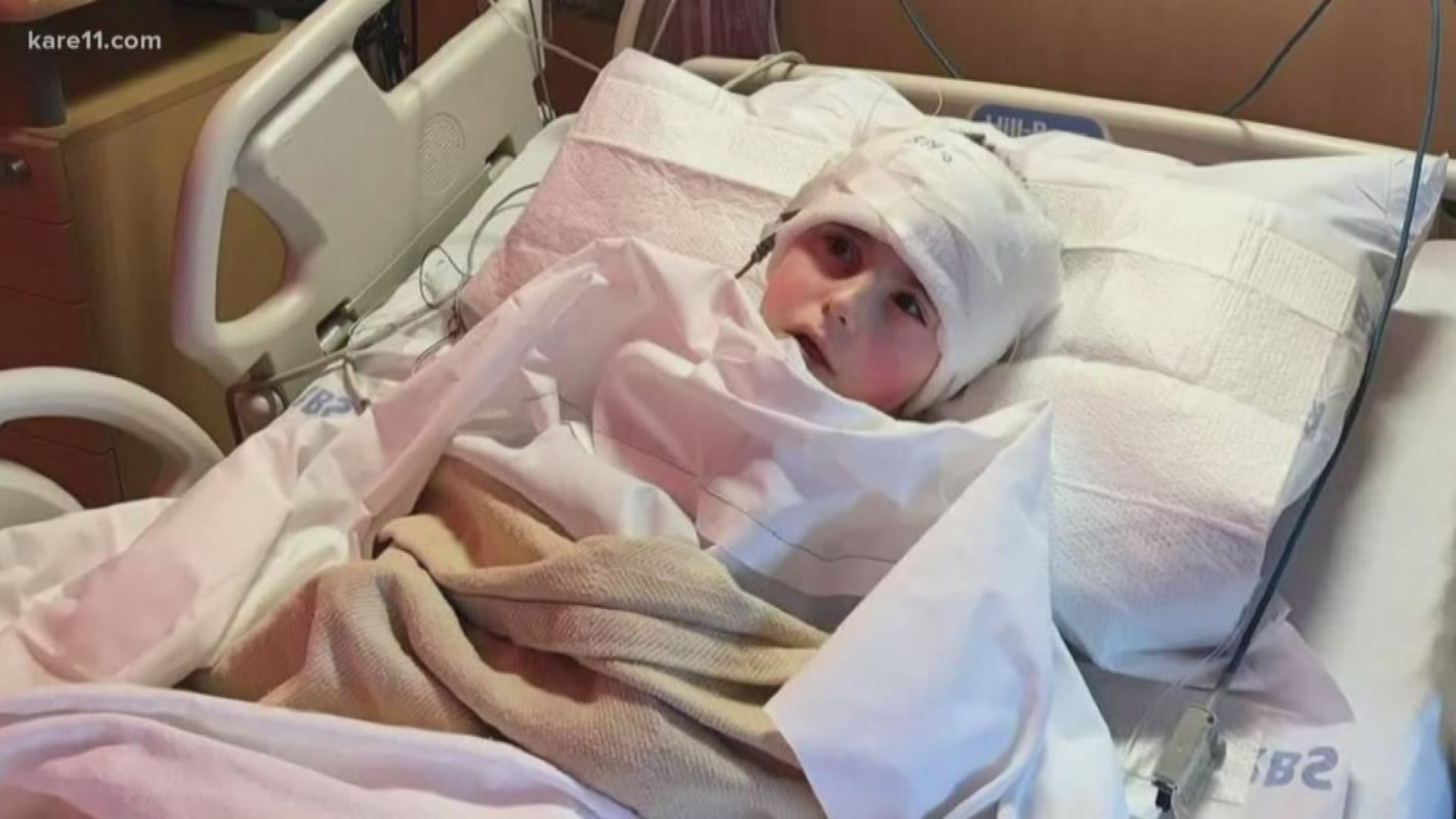 Think about the last meal you enjoyed.

Did you use a fork and spoon?

Maybe you washed it down with your favorite beverage. About one million adults and children in the U.S. don't have that option because they depend on feeding tubes. That is reality for Kris Erickson's son, Bentley.

Kris hopes by sharing 8-year-old Bentley's story she can help other families and build awareness about life with a feeding tube. Doctors often prescribe formula. But Kris says Bentley's body rejected the formula.

When doctors said they couldn't do anything, Kris, a registered nurse, found a solution: blended food.

"I was nervous to do it. I got Real Food blends and thought, 'I am going to try it.' Gave it to him through his pump. He didn't throw up," she said. "After one syringe full. No wrenching and no gagging. It was like God just lit up the path. I gave my child an entire feeding, what normally would've taken an hour and a half to do, in ten minutes."

And this week families like the Ericksons are using Feeding Tube Awareness to fight for their access to real food. Kris is working to change the culture of care so doctors offer formula, as well as real food blended for feeding tubes. She also wants more insurance companies to cover real food options.

Her son, Bentley, was born by emergency C-section at 31 weeks. His upper esophagus did not connect with his lower esophagus and stomach. Bentley also faced a number of other complications including a hole in his heart, a mass in his lung, a missing kidney and craniofacial differences.

"At 9 days old they put in a feeding tube and he has relied on his feeding tube for all his nutrition since birth. Bentley was eating five times a day. His feeding would last an hour and a half. That is eight hours a day sitting on a couch tied to a pump," she said. "When you live a life of chronic illness and disabilities and trauma, it really can break a person's spirit. There is always this ongoing struggle of 'will he survive?' He has probably 35 different diagnosis but none of them define him."

Kris says her son's health has improved since she made the switch. She said Bentley's hair grows so much now, he has to see the barber every three weeks.

"I am thinking this is magic. We change over all of his feeding and all of sudden we got our lives back," said said."He gets to eat with his friends and they get to eat with Bentley. He gets to play and be a kid. He is strong and healthy. "

Indeed, mothers like Kris are problem solvers. Bentley is now in the second grade. To learn more about Bentley and his journey visit here.