Firefighters look ahead to new 'health and wellness' fire station

The new building is currently under construction and will use design tactics to help them protect their mental health. 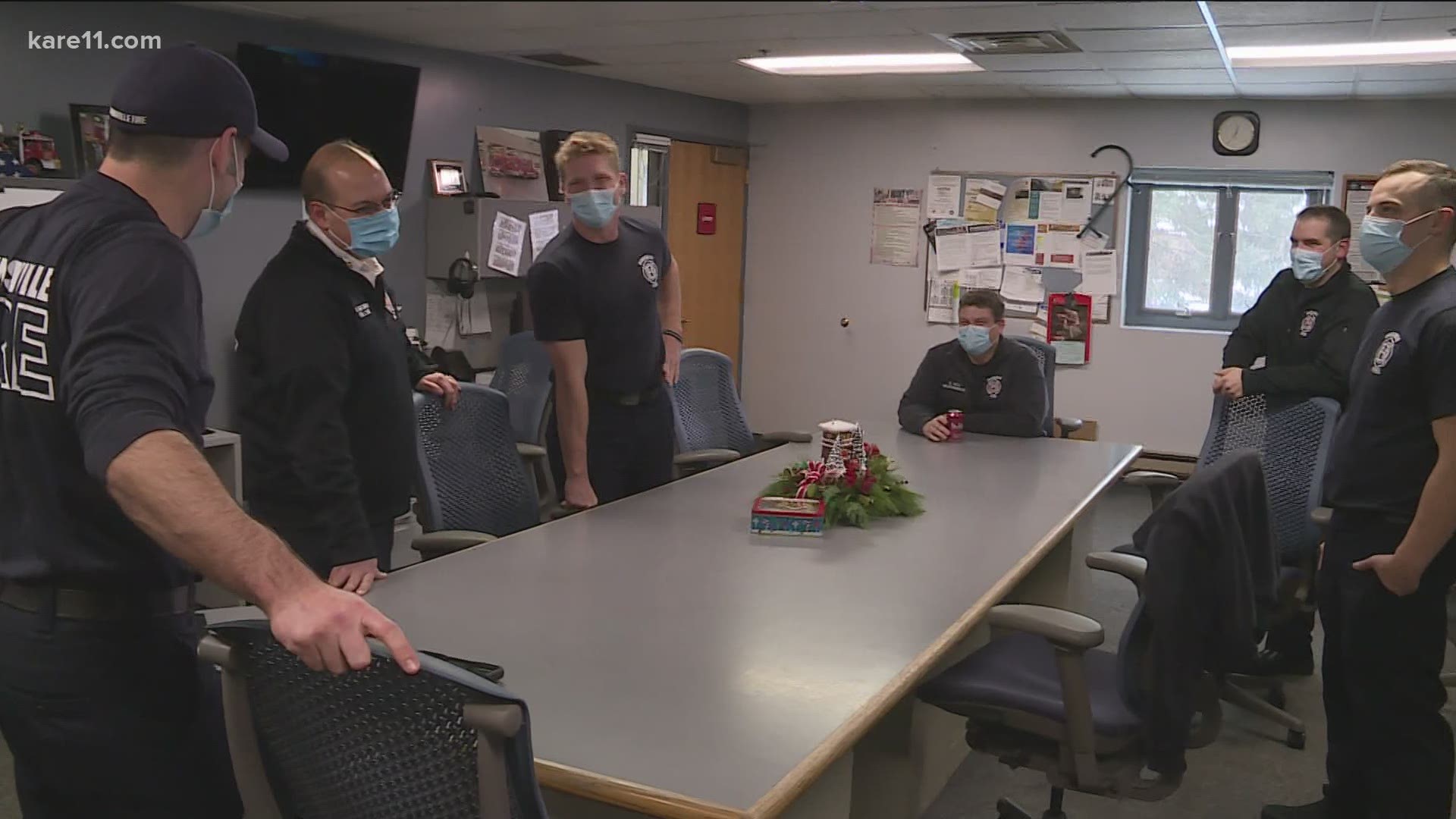 In a crisis, and especially during the pandemic, people often turn to first responders for help. But those front line workers need support too.

The Burnsville Fire Department is showing off some big changes its making in the new year to better protect the crew's mental health.

The Department will be getting a new fire station in 2021. Right now, the new construction is covered with snow, but for Chief BJ Jungmann it's a sign of hope.

"We're setting aside some space people want to be and make it feel like home for them," said Chief Jungmann.

It's important firefighters feel comfortable at work because the Chief says it's a place they will spend about a third of their life. The City's current building that houses Fire Station 1 is from the 1970s, has had several remodels and a 2015 study found the Department had outgrown it.

The Department has since partnered with CNH Architects in Apple Valley to design a new station centered around health and wellness.

"They've built a number of fire stations and stay up on these trends and they brought us a number of ideas and said hey, here's what the research is saying, here's what we've seen done, what are your thoughts," explained Chief Jungmann.

When it's done in October, the station will have a meditation area, lighting that changes based on time of day and a natural color scheme. There are also nine guiding principles that helped lead the design including sustainable, efficient and safe.

"Everybody finds their own thing that works for them and we want to support that," said Chief Jungmann.

The 48-member fire department will respond to 7,500 calls a year and the Chief says there's been a spike in medical calls. Being on the frontlines of a pandemic is also putting pressure on their mental health.

"We see ourselves as responders, we're the helpers; it's tough for us to get help," said Chief Jungmann. "So there's definitely a stigma we're working on overcoming."

Reducing occupation-related stress is a common New Year's resolution and while their fresh start is still under snow, Burnsville's brave firefighters have a lot to look forward to.

The new fire station costs about $18.6 million dollars that the city used bonds for backed by taxpayers. The Chief says they're also still working on what will happen to the old building once they move into the new one.

RELATED: 3 coping strategies that can improve mental health during the pandemic