The cost to patients has gone down in recent years, opening it up to more people and allowing them to better "Take KARE of Your Health." 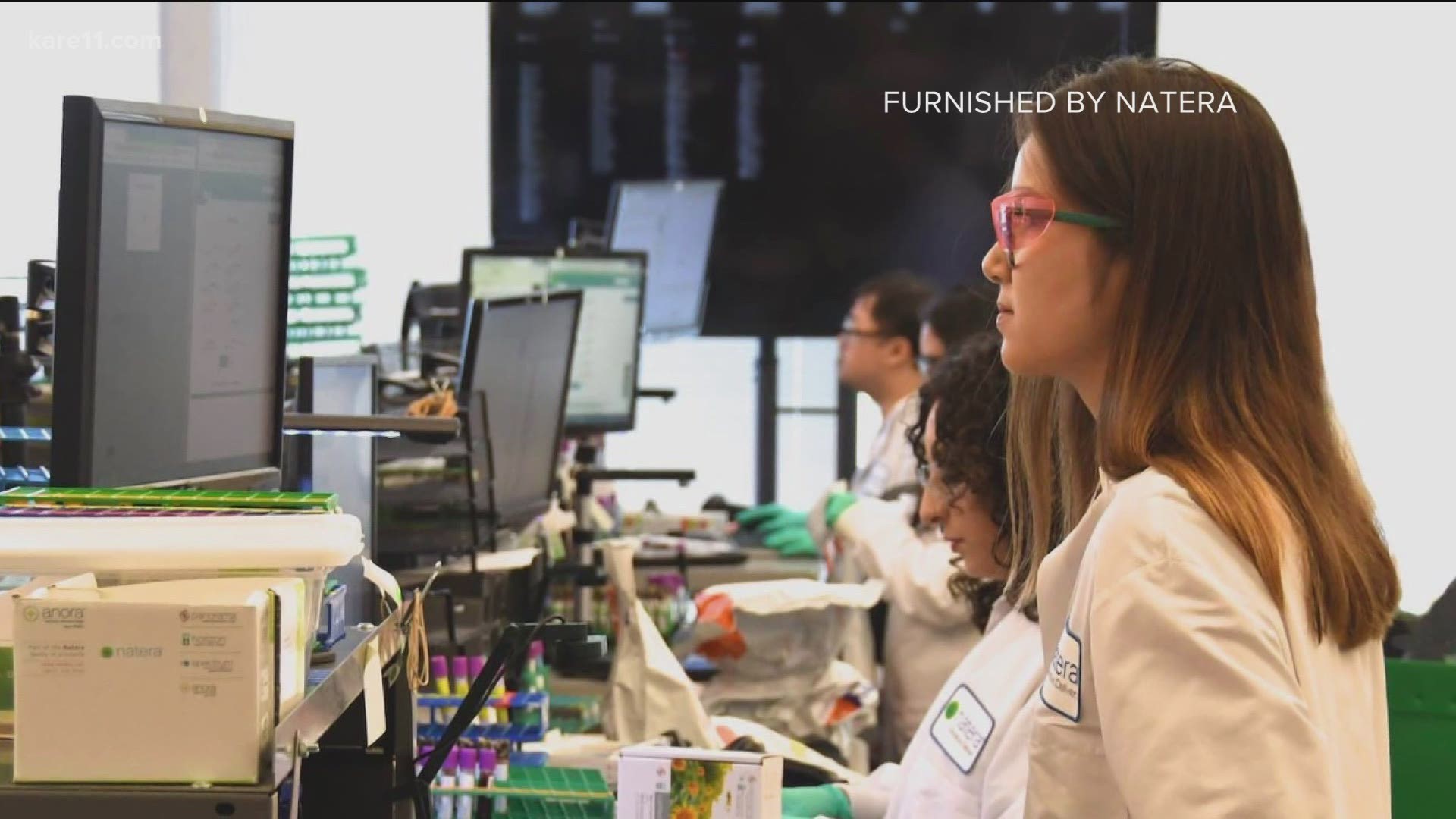 MINNEAPOLIS — Genetic testing gained a lot of attention when Angelina Jolie spoke out years ago about her double mastectomy and the BRCA1 gene.

But since then, the cost to patients to get that testing done has gone down significantly, opening up the possibility to many more people.

Dr. Katie Toft, a physician at OBGYN West who often counsels patients on genetic testing, said tests which a few years ago could cost thousands of dollars are now usually just a couple hundred.

"The costs with this in the past were so expensive that it really made a lot of my patients pause in wanting to proceed further, but now insurance is covering it now more than ever before," she said.

OBGYN West uses a test called Empower. It's a blood test by a company called Natera. Toft says the type OBGYN West uses tests for 40 genes, the most commonly screened for across eight cancer types.

"The genes that we look for with the Empower test are genes that are known to be associated with an increased risk of developing cancer," said Libby Valenti, a genetic counselor with Natera.

Credit: OBGYN West
The Empower test. A patient's blood is sent to a lab where it is screened for genes associated with an increased risk of developing cancer.

It's not for everyone and won't work for every type of cancer. According to the American Cancer Society, only about 5 to 10% of all cancers are hereditary.

"It's all about how likely are you to find a cancer that runs in the family," said Toft. "You don't want to just run a test on anybody. That wouldn't give us as much meaningful information."

If the test finds a gene associated with cancer, then a patient and their doctor can better focus on how to reduce the risk.

Results come back in a few weeks. If you have one of the genes associated with an increased risk of cancer, it doesn't necessarily mean you have to get some sort of preventative surgery to reduce your cancer risk. It could just mean increased screenings.

RELATED: How to land a vaccine appointment in Minnesota as eligibility opens to general public

RELATED: Their 12-year-old has childhood 'Alzheimer's.' $3 million is their only hope for saving him.