“It turned out she couldn't see on her left side. We were able to get glasses because of that free screening.” 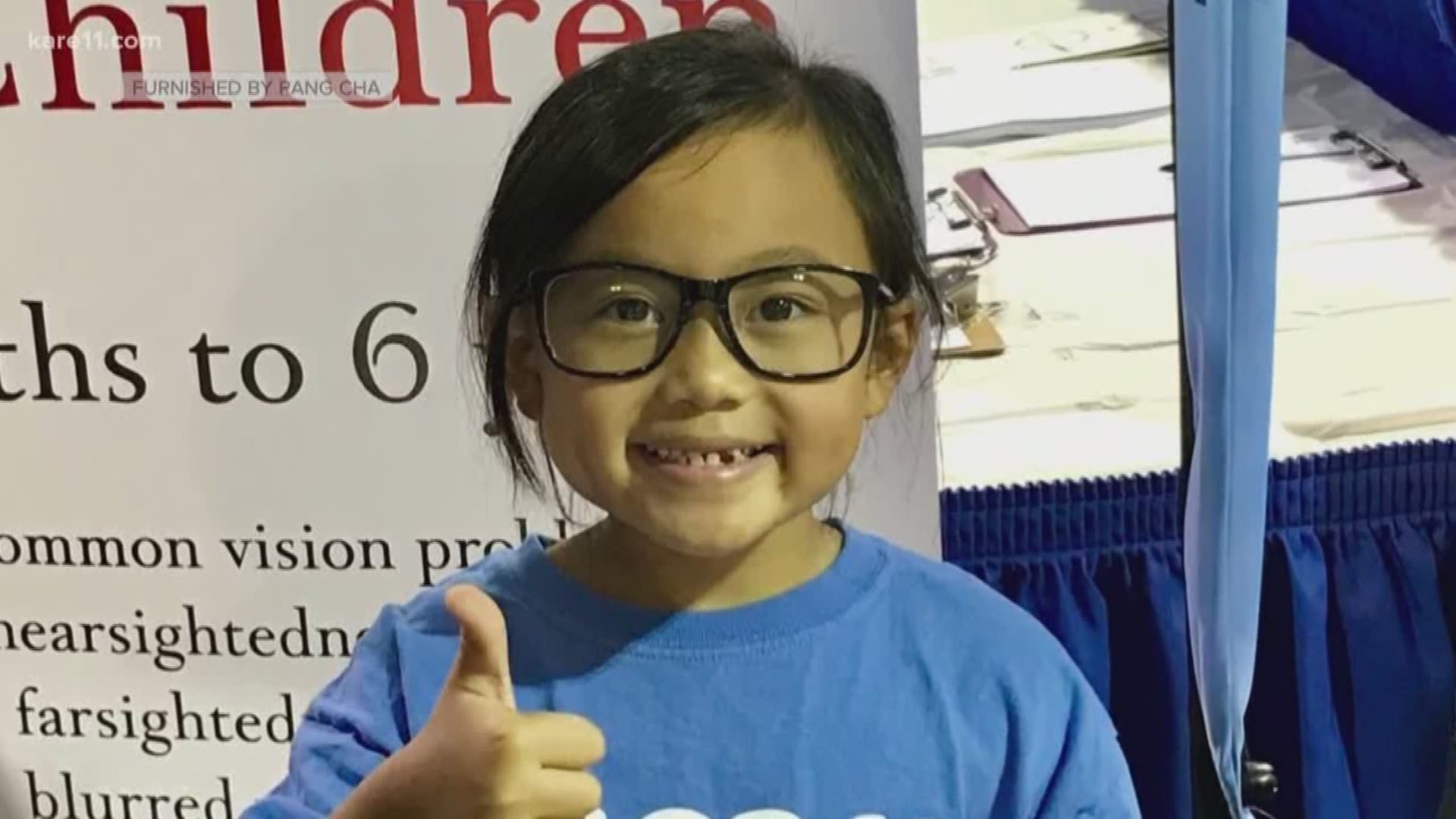 Nineteen. That is how many years Health Fair 11 has been part of the Minnesota State Fair. And, since 2001 there have been 1.2 million screenings and health connections. Pang Cha’s daughter, Trinity, was among the millions screened. And Cha says the free vision screening changed their life.

“It turned out she couldn't see on her left side. We were able to get glasses because of that free screening,” she said.

Cha said she never thought about getting her daughter's eyes tested until she stumbled on a booth offering free vision screenings at Health Fair 11. The screenings are free for children as young as six months. Eye doctors say at six months the eye starts to develop and change.

The free vision screenings, sponsored by Lions Kid sight, can detect blurred vision, far and near sightedness and misaligned eyes.

“Unless you are required to take an eye exam parents don't think about doing it,” Cha said.

“If you catch a problem early it is usually treatable. For example, lazy eye. If lazy eye is not caught early, it can cause a child to lose sight,” Kelly said.

Kelly said their goal is to detect and prevent vision problems.
“We are giving out sunglass to young kids when they get their eyes screened is because the amount of ultra violet light in the atmosphere can damage their eyes,” he said.

Cha said she’s thankful for the free screening that changed their life.

“I am glad we caught it and it would have maybe affected her learning,” she said.

This is the 19th year Health Fair 11 is offering a building filled with free and low-cost screenings and health education opportunities.