KARE 11's Karla Hult is one of them. Only, she prefers to describe Alzheimer's disease as a series of "so many goodbyes… each one of them, heartbreaking." 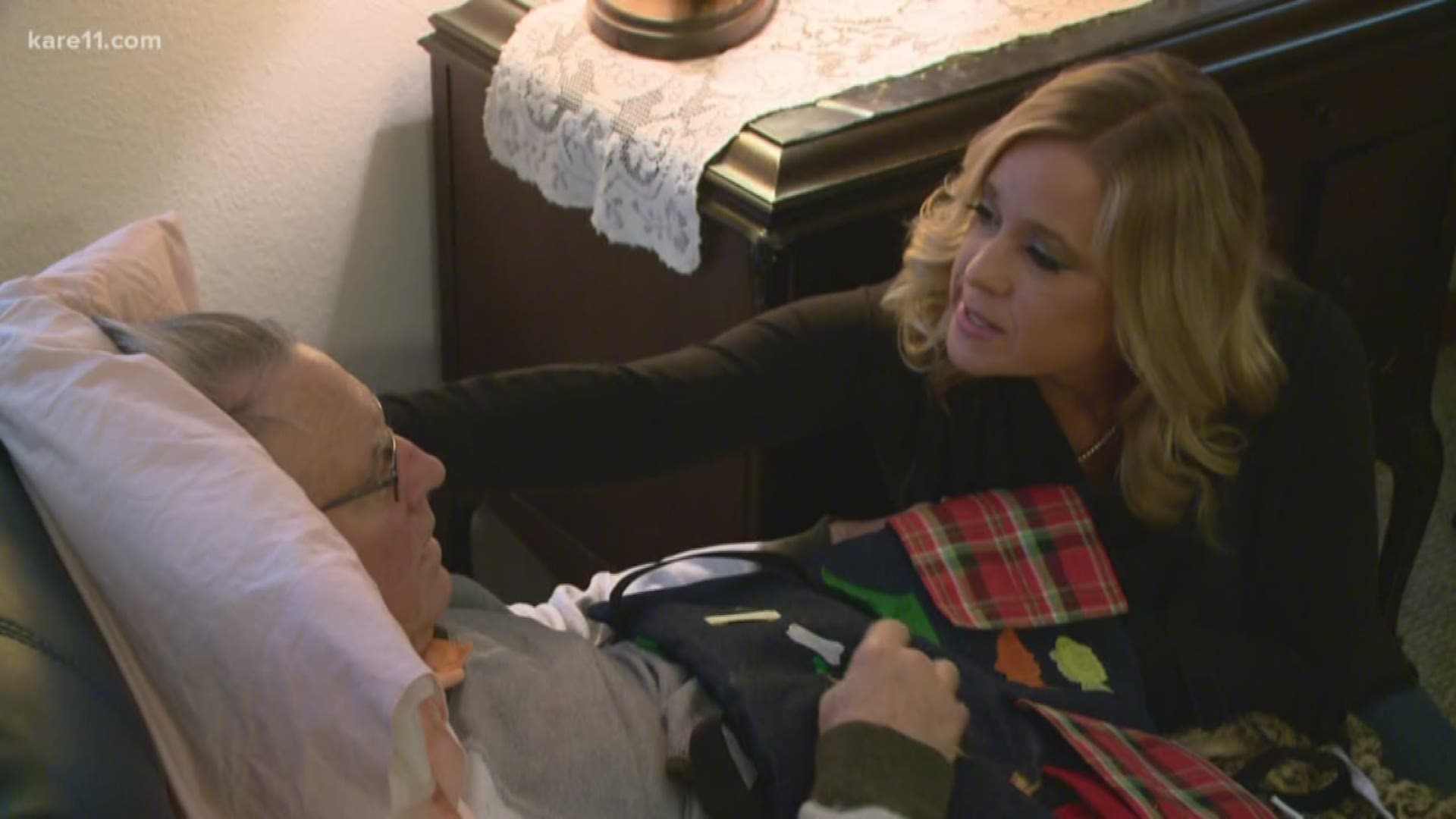 MINNEAPOLIS — She sits in front of the man who raised her, served as her role model and supported her throughout life’s most challenging moments. And she misses him.

She sees him, touches his face and holds his hand. But still, she misses him.

Millions of Americans and their families know the journey of the “long goodbye.” KARE 11’s Karla Hult is one of them.

Only, Karla prefers to describe Alzheimer’s disease as a series of “so many goodbyes… each one of them, heartbreaking.” 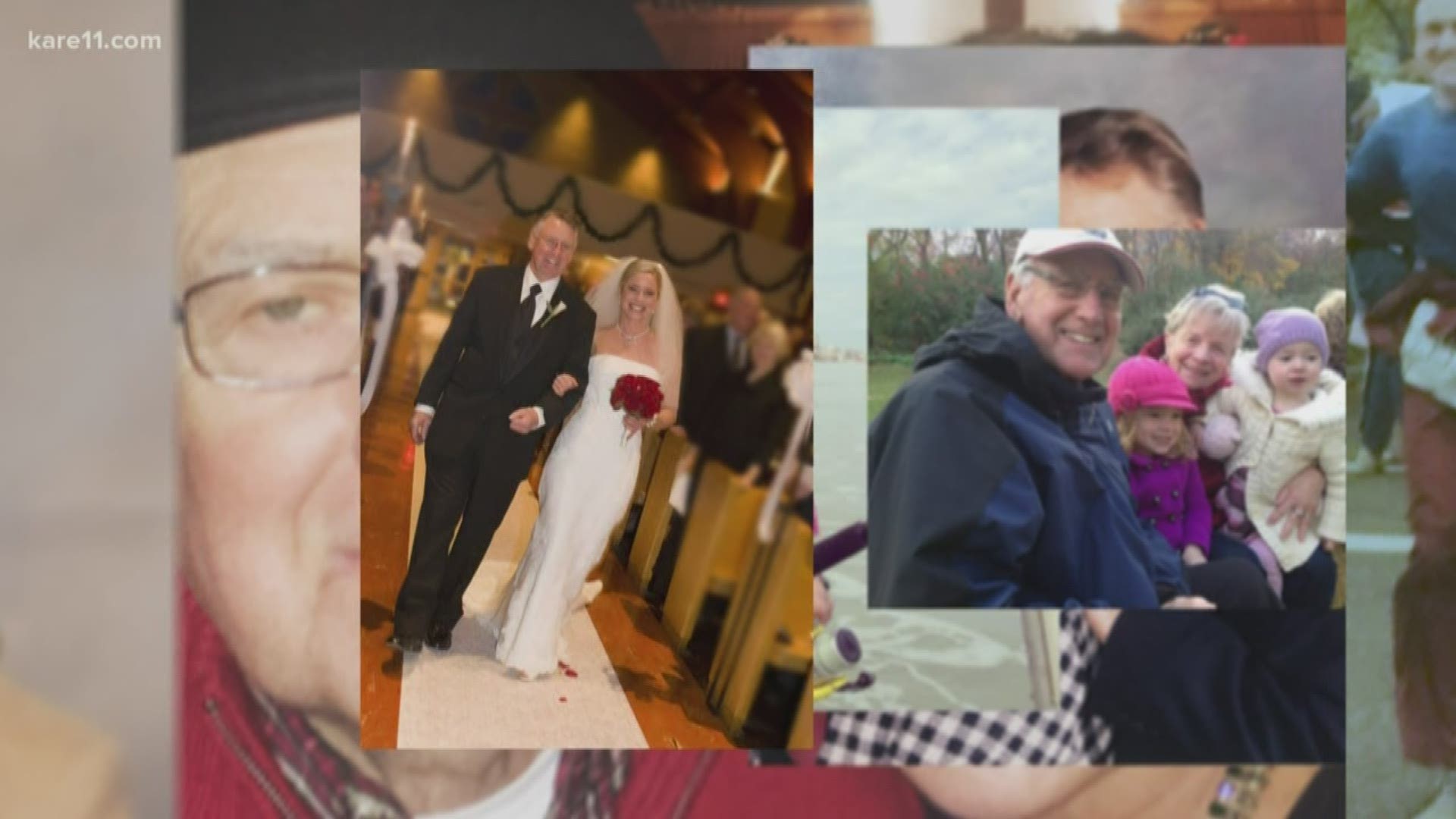 Karla and her family first started seeing signs of Alzheimer’s in her dad, Robert “Bob” Hult, in 2010. For the next nine years, the Hult family watched as the disease slowly stole their loved one – beginning with Bob’s confusion, continuing with his inability to recognize his daughters and ending with the final goodbye last year.

And the Hult family’s journey – both the painful milestones and inevitable destination – is far from unique.

Credit: Karla Hult
Karla Hult and her dad in August 2018, enjoying a rare moment when they'd bridged the divide of the disease.

Alzheimer’s also dramatically outpaces the prevalence of other common diseases: between 2000 and 2017, deaths from heart disease dropped by nine percent, while Alzheimer’s-related deaths increased 145 percent, according to the Alzheimer’s Association. The association further found that one in three seniors ends up dying with Alzheimer’s or another dementia. And perhaps more strikingly, the disease kills more than breast cancer and prostate cancer combined.

Credit: Karla Hult
Bob remained his youngest daughter Karla's hero and role model throughout her life, and throughout his Alzheimer's journey.

Bankrupts both your heart and finances

And then there’s the toll on our national health care coverage and individual family finances. According to the Alzheimer’s Association, Alzheimer’s and other dementias will cost the country $290 billion in 2019 alone. By 2050 – and given the projected rise in people suffering from the disease – that cost is expected to jump to $1.1 trillion.

That brings us to what is projected to be an inevitable “caregiver crisis,” in terms of the gap between needed health care workers and those requiring that assistance.

According to the Alzheimer’s Association, 83 percent of Alzheimer’s caregivers are unpaid family members or friends. And according to AARP, the unpaid work of all caregivers – totaling 34 billion hours – is valued at $470 billion.

The U.S. Bureau of Labor Statistics reports that paid home health and personal care aides earn an average of $11.57 per hour. And the demand for these caregivers is expected to grow 36 percent from 2018 to 2028.

Credit: Karla Hult
Bob and his wife, Marlys, marked their 55th wedding anniversary a few days before he died on March 28, 2019.

Perhaps more concerning, the U.S. is already short more than a million family caregivers, according to Paul Osterman in his book, "Who Will Care for Us: Long-Term Care and the Long-Term Workforce." Osterman – an MIT professor of human resources and management – further concluded that number will grow to 4 million by 2030, and to 11 million by 2040.

At the same time, the Paraprofessional Healthcare Institute (PHI) projects a parallel path among paid caregivers: saying that the country will also be short 7.8 million paid caregivers by 2026.

The reasons for this significant shortfall in both family and paid caregivers are varied, beginning with the aging Boomers demographic and continuing with the declining birthrate. Studies show the tight labor market also plays a part. And according to the Journal of Health Affairs, the recent change in immigration policy has also had an effect, with immigrants accounting for 27 percent of home health and personal care workers.

Credit: Karla Hult
Karla and her dad in August 2018, enjoying a rare moment when they'd bridged the divide of the disease.

But all those alarming statistics aside, the real struggle of this journey still lies within the gradual and devastating loss of a loved one.

“He was pretty much the classic Minnesota dad. And loved the lake, and loved his state and his community, and absolutely loved his family,” Karla said about her dad in the fall of 2018.

Bob Hult was born in St. Paul’s East Side to a humble Swedish family of five kids, including his twin brother, Bill. The twin brothers would overcome challenges at home to excel at school, on the baseball diamond, on golf courses and on hockey ice. In fact, they played alongside the likes of Herbie Brooks and Wendy Anderson as part of the famed Johnson hockey era.

Credit: Karla Hult
Bob was born one of five siblings in St. Paul's east side. Despite a challenging childhood, Bob and twin brother, Bill, excelled at school, golf, baseball and especially, hockey.

After graduating from the University of Minnesota with a business and engineering degree, Bob went on to marry Marlys of Minneapolis. He’d spend a successful career working at 3M, all while serving his community and church: from helping Hmong immigrants navigate their new home, to helping senior citizens fill out their tax returns. And Bob also managed to run marathons, go fishing and, of course, help raise his three strong daughters; Karla was the youngest of them.

Credit: Karla Hult
Bob worked as a manager at 3M for more than 30 years, while also volunteering in his church and community and helping to raise three strong girls.

“My father was my foundation, and I just… it’s been rocked,” Karla shared back in the fall of 2018 about seeing her role model succumb to Alzheimer’s.

The Hult family has been hit especially hard by the disease: four of the five siblings in Bob’s family were diagnosed with Alzheimer’s, including his twin brother, Bill, who has always “lagged behind” Bob in showing symptoms of the disease. Bob’s father, older brother and sister passed away from the disease years ago.

Credit: Karla Hult
Bob was the classic Minnesota dad. He grew up playing hockey and going fishing. He also loved to golf, run marathons and spend time with his family.

Karla has tried to articulate the heartbreak of the disease that has so cruelly captured her extended family and her amazing father.

“I’m standing there in front of him. I’m looking at him. And I’m just, I just have this overwhelming feeling of I just miss him. You know, he’s right in front of me, and I can hold his hand, and I can touch his face, and I miss him,” she said.

Among the most painful milestones of her family’s journey, Karla considers when her dad was still aware of what was happening to him to be among the hardest.

“You see that struggle inside of them, and your heart breaks… because you know that they know,” she said in early 2019.

But other painful moments were always around the corner: such as when the Hult family had to move Bob away from the home he’d lived in for decades and where he raised his three daughters, and when he could no longer walk or recognize his daughters.

On March 28, 2019, Bob Hult passed away, surrounded by his beloved wife of 55 years, his three daughters and devoted caregiver, Hannah.

But even as Bob’s life has ended, Karla’s commitment to support her “extended Alzheimer’s family” has not. This last September 2019, she again served as emcee of the Twin Cities Walk to End Alzheimer’s – the largest walk of the country with 12,000 people.

Karla honored her dad and his “courage” throughout his journey.

“One day, just a couple days after he died, I found the results of a Mayo test,” she shared with the crowd at Target Field.

“The report confirmed my dad’s diagnosis relatively early in his journey. It showed his inability to repeat lists, recognize facts or define words. But then, right there in black and white on page four, was his definition for the word courage: ‘to be strong, to care,’" she said, before adding, “This disease devastated my family and cruelly captured my dad – my uncle, aunt and grandpa before him. But it never, ever could steal my dad’s character. His core values persisted, even as his memory and personality faded, year after year. And while my dad’s definition was profoundly accurate – ‘to be strong, to care’ – I’d argue you could also define courage by the life of my dad.”

And then Karla joined the thousands gathered in solidarity to end this devastating disease – raising flowers of different colors that represent their connection to the disease:

“I am confident that, one day, we will add a flower to this garden. A white flower that represents the first survivor of Alzheimer’s. Until that beautiful day happens, we must not back down. We must continue to lead the way, because together we can end Alzheimer’s!”

Credit: Karla Hult
Karla and her dad in August 2018.

Resources for those on the journey

If you suspect that you, your loved one or someone you know may be starting the Alzheimer’s journey, please know you are not alone. You can reach out to the Alzheimer’s Association Minnesota-North Dakota at: https://www.alz.org/mnnd/helping_you

RELATED: Scientists close in on blood test for Alzheimer's 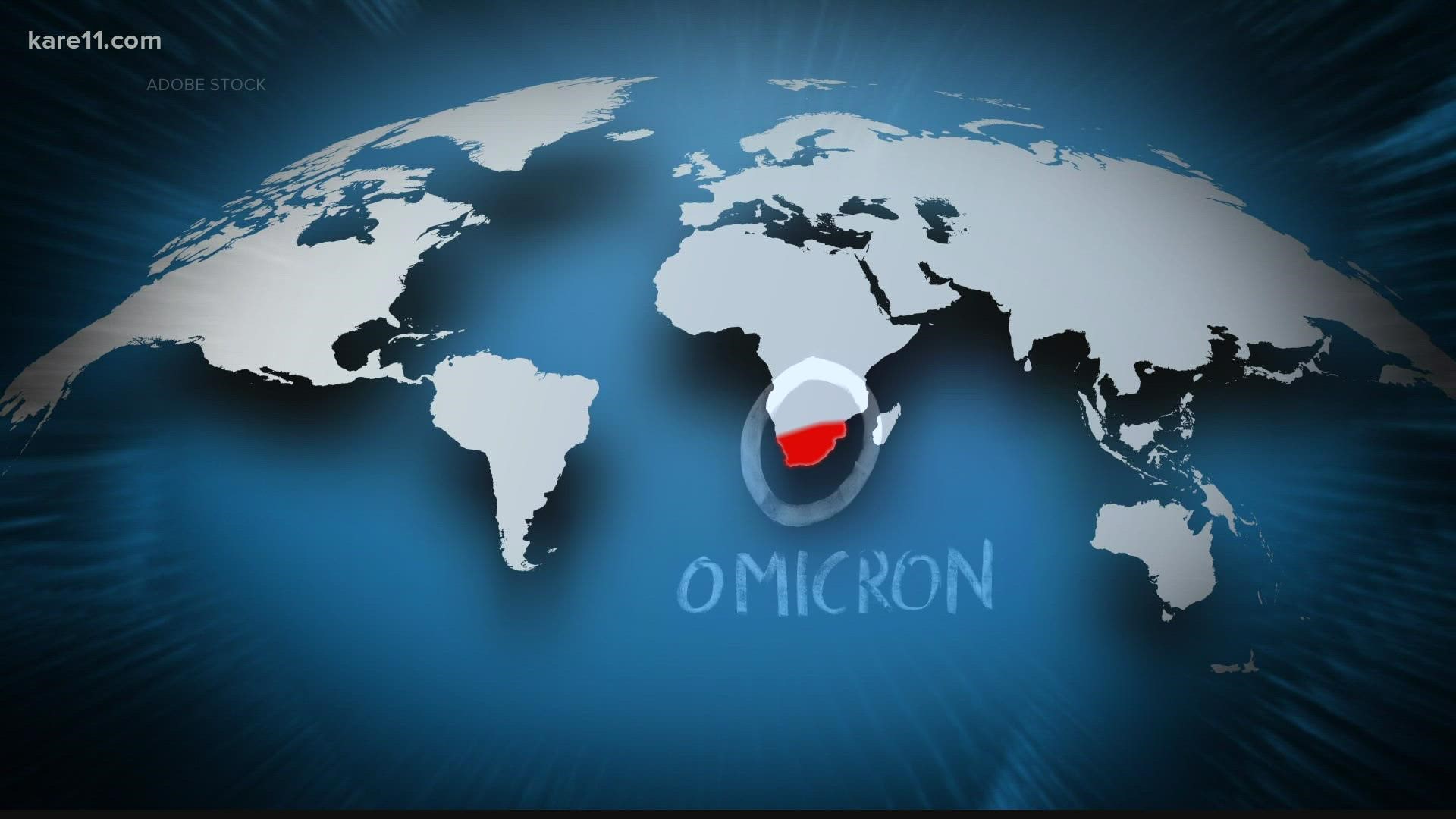