Doctors at HCMC are working with a research team at the University of Minnesota in order to administer hyperbaric oxygen therapy for brain injuries. 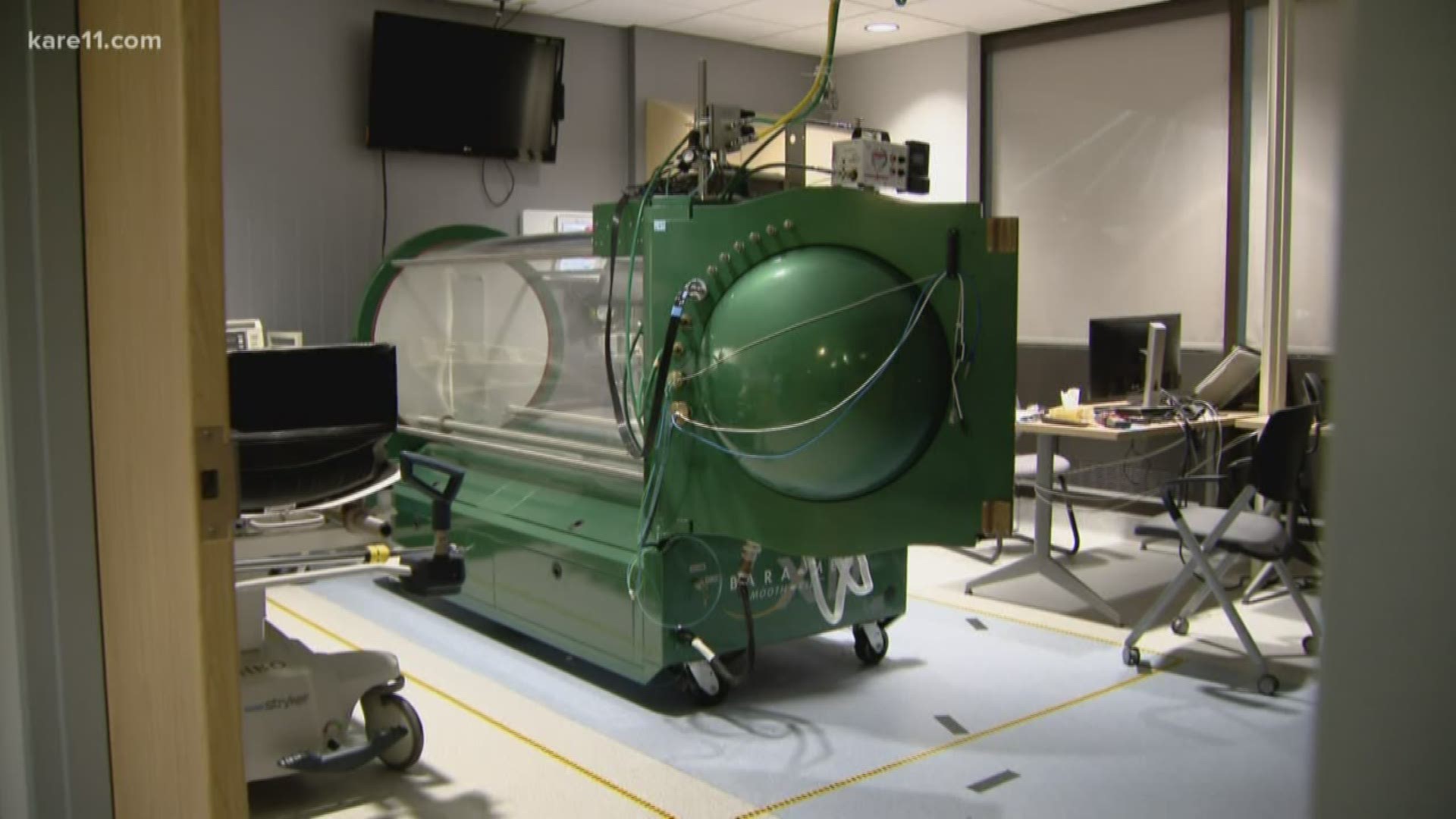 MINNEAPOLIS — The family of two teens hit by a vehicle in south Minneapolis in September, is giving thanks for a clinical trial that's using hyperbaric chambers to treat victims of severe brain injury.

Within hours of the crash, 19 year old Cecilia Speranzella, was rushed to Hennepin County Medical Center to begin the first of ten hyperbaric oxygen treatments throughout the following five days. Her parents tell KARE 11 they believe it has helped her recovery.

“We’re very grateful for the study and feel blessed that Cece was able to get into it. We really feel that the hyperbaric treatment helped her get out of her unconsciousness more quickly than on her own. In addition, we are already seeing the healing of her cuts and her skin, and even her countenance looks healthy. We believe that the combination of Cece’s medical care – including the opportunity to be enrolled in this hyperbaric medicine study – as well as prayer has contributed to her recovery," said Mitzi and Joseph Speranzella, parents of the two teens.

Doctors at Hennepin County Medical Center are working with a research team at the University of Minnesota in order to administer hyperbaric oxygen therapy. It's part of a five year, $10 million national study funded by the National Institutes of Health.

"We've demonstarted that hyperbaric oxygen improves energy production in the brain. Oxygen is really acting like a drug here," said Dr. Gaylan Rockswold, a Professor of Neurosurgery at the University of Minnesota, and principal investigator of the trial. "The sooner we get them treated the better."

Without the treatment, Dr. Rockswold says roughly a third of severe brain injury patients die. Another third sugger significant disability and the remaining third have a reasonable recovery.

"The outcomes from severe TBI have been flatlined, have not improved, over several decades in my career," he said. "When a brain is injured, the delivery of oxygen goes down, while the demand actually goes up, so by supplying very high levels of oxygen to the brain, we restore that brain's capacity to make energy and preserve cells."

Though results from the current trial won't be known until 2023, Dr. Rockswold says four small-scale studies he's already conducted, has shown significant improvements in death rate and patient recovery. Of the 163 people treated so far, he says there have been no permanent complications from the therapy.