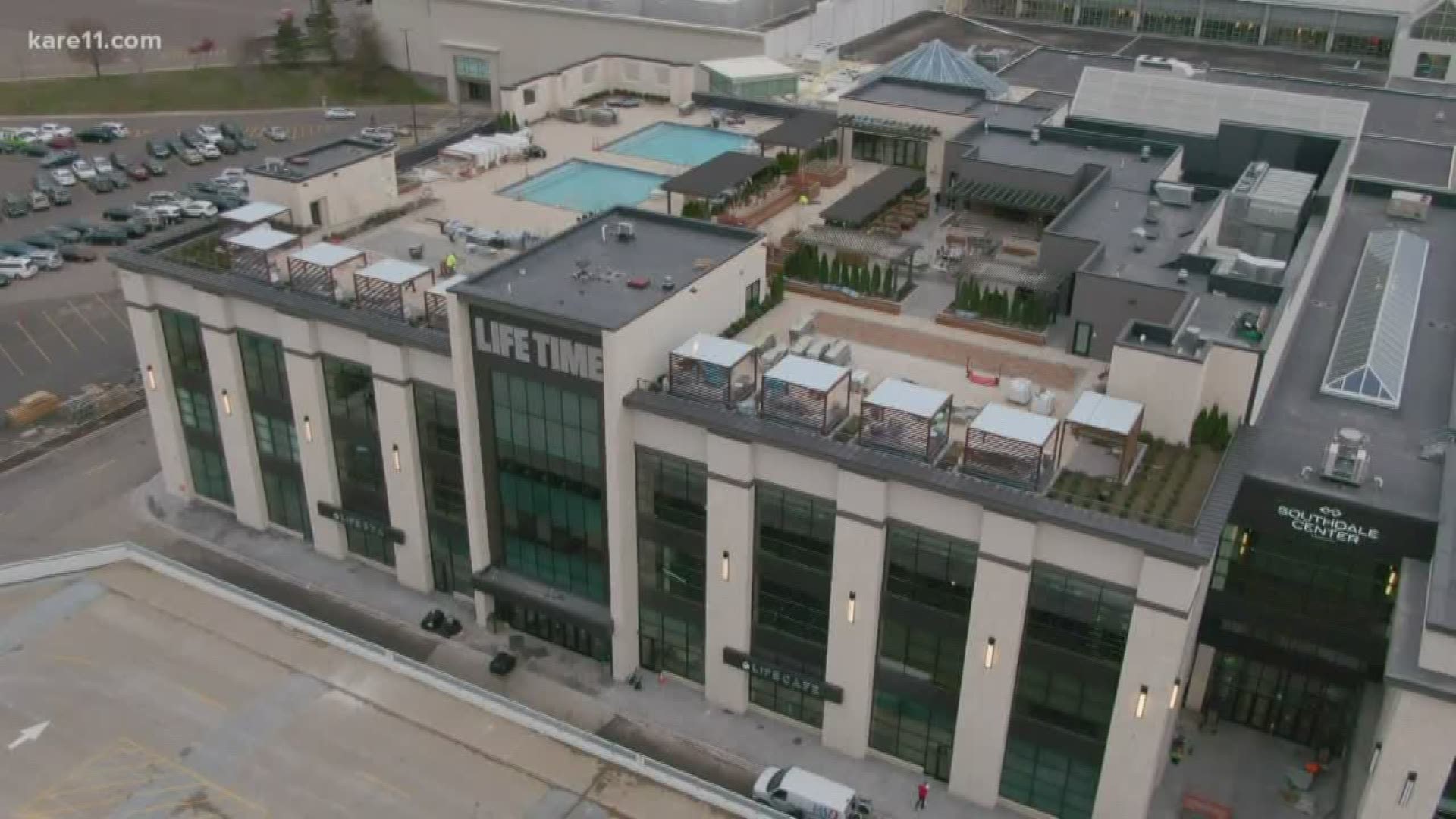 EDINA, Minnesota — The highly anticipated Life Time Health Club is now open at the old JC Penney site at Southdale Mall in Edina. The 200,000 square foot, multi-million dollar health club is the 24th club it’s founder and CEO Bahram Akradi has opened here in the Twin Cities and one in which he takes particular pride.

Life Time Edina is the most expensive Life Time in Minnesota, both to build and to join. Membership costs $160 per month for singles and up to $330 for a family of four. Akradi says there's already a wait list and that once it is up and running it will attract three to four thousand people a day, which will give his other projects at Southdale Mall momentum as well.

Those other projects include the 30,000 square foot co-working space, called Life Time Work and a brand new, three hundred unit luxury apartment building called Life Time Living. If the apartment complex gets approved by the city, it will be built on the site of the old Herberger's store and would open in 2022.

The Life Time health club, co-working space and apartment building would make up what Akradi calls a “Life Time healthy living village,” his latest concept for the Minnesota-based company and one he plans to roll out across the country, making Life Time the place where you live, work and play.
Akradi sees these villages as a natural extension of the Life Time brand, and the wave of the future.

“We are going to do in excess of two billion in revenue next year,” Akradi said, “The bulk of that is our athletic resorts, our clubs, but I envision maybe 10 or 15 years from now that Live or Work could be equally as big.”

As for the future of the once fading Southdale in Edina? Akradi says it’s an amazing site that has every right to be one of the “most happening places in the Twin Cities.”

MORE: How 'Softies' went from an Edina basement to one of Oprah's favorite things

Check out more local MN companies and their success stories below.