We look at why these cells, and their elimination, could hold the secret to staying young. 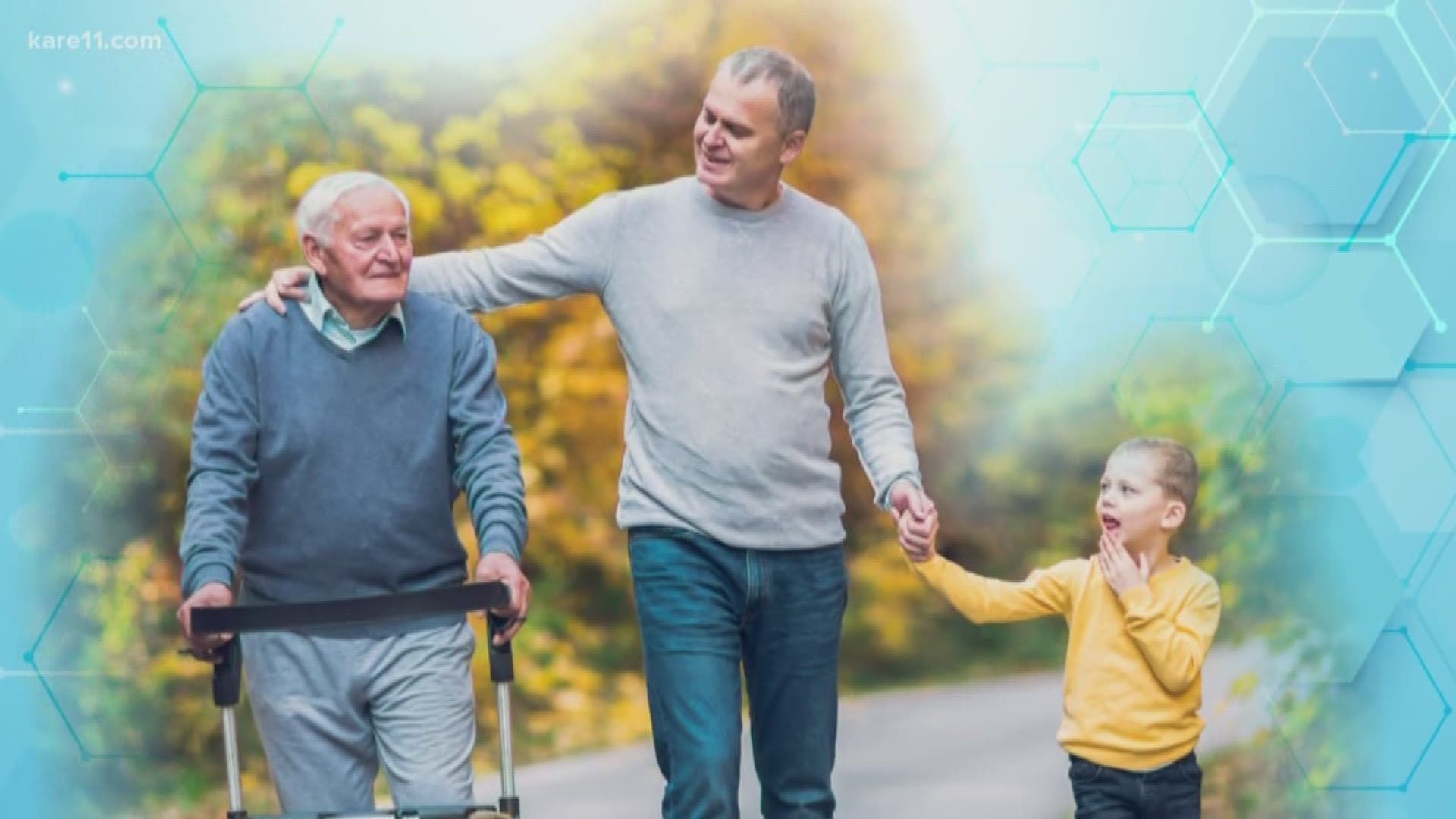 ROCHESTER, Minn. — Aging. It’s not something most of us look forward to, but we know it is inevitable.

We can’t stop the hands of time, but the Mayo Clinic may have found something akin to the fountain of youth. Minnesota researchers are among the world leaders in anti-aging and they’ve uncovered something that could be the secret to staying young.

It’s not just wrinkles and lines that we have to worry about as we get older.

“There are literally dozens to hundreds of conditions where age is by far the biggest risk factor, such that if you looked at all the risk factors on a graph, and you have age on there, you wouldn't even see all the other risk factors,” says Dr. James Kirkland, M.D., Ph.D., with the Mayo Clinic.

Dr. Kirkland says the longer we live the more likely we are to develop a disease, or several of them. Now, that might seem like an obvious statement, but the reason behind it is not. Cells. A lot of it has to do with cells. We have some 30 trillion of them in our bodies and most of them are good, but some of them are not.

RELATED: Mayo Clinic researchers find cells that could be the culprits of anxiety

"A senescent cell is a cell that has stopped dividing,” says Kirkland.

"They don't just stop dividing but they start producing things, at least some senescent cells, that cause damage to the tissue around them but also damage to the entire individual."

Senescent cells can be found at the sites of major diseases and they multiply in our bodies as we grow old. The Mayo Clinic, working closely with the University of Minnesota, found a way to eliminate them.

"We found the drugs we discovered here at Mayo called senolytic drugs, these are drugs that selectively kill senescent cells. We found in numerous different mouse models of human diseases that we're able to delay, prevent or alleviate those diseases," says Kirkland.

The drugs also worked to increase life span in mice. The results are so encouraging, they've now moved to human trials - the first involving people with a life-threatening lung disease. Again, encouraging results that just came back last month.

“The trial was under a month for each of these 14 subjects, but remarkably each of them had an improvement in physical function.” “All of them?” we ask. “All 14,” he says.

As great as all this sounds, Dr. Kirkland won't call it a breakthrough just yet.

"I've been around long enough to know that when you go from mice to people, everything can go wrong,” says Kirkland.

The fact is they're onto something. Something big. These drugs don't just go after one disease. They go after the type of cells that cause many diseases. And if we can cure that, who knows what's possible?

"I think the field, and I think the public in general, wouldn't necessarily want to have a solution where we live to be 130 and feel like we're 130, but if we could develop interventions that would allow us to maybe be 90 or 100 but maybe feel like we're 60 that would be a pretty positive outcome,” says Kirkland.

Kirkland says he wants Minnesota to be the world leader when it comes to anti-aging. Between the Mayo Clinic and the U of M, they are recruiting some of the brightest minds in the world to come work here. They are pushing for support at the state level and are trying to attract industry that is also anti-aging focused.