On this "Mind Matters," learn about 846S and the effort to build a youth mental health and wellness center in the neighborhood where George Floyd was murdered. 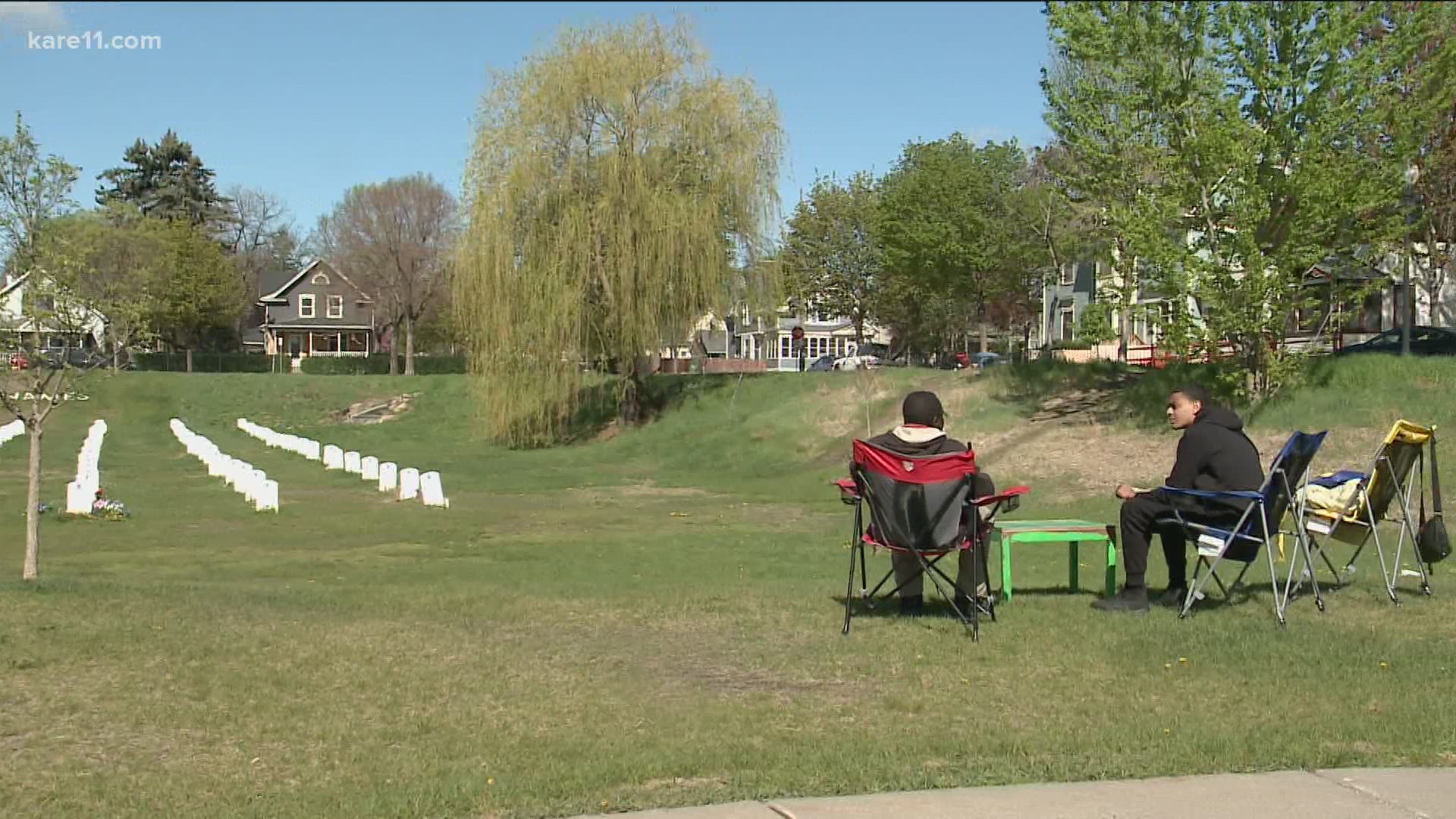 MINNEAPOLIS — Remi Douah sets down a couple of camping chairs in a south Minneapolis park. It's not just any park. It's the "Say Their Names" installation on East 37th Street, one block north of the George Floyd memorial.

"I decided to come here every day since last summer actually," Remi said.

He means after the murder of George Floyd. For some years, Remi raised his son, Isak, in south Minneapolis. This Tuesday morning, the father and son are together and there is an extra chair they've brought along. Remi always makes sure there's an extra seat.

"I saw that there was always an interest any time someone would come and visit the makeshift cemetery," Remi said. "They wanted to talk to someone," he said. "So I said 'OK', I brought my chairs and people would come and start talking," he said.

If they wanted more help, Remi referred them to 846S. He's the director of the nonprofit. Remi said he has the title, but it is truly youth-led by young leaders like his 22-year-old son.

"We try to plug people in with those mental health, culturally-competent mental health professionals, and we crowdfund to pay for those sessions to the people who need it most," Isak said.

Isak said he understands cost is a barrier for many people living in this south Minneapolis neighborhood. He said transportation is another barrier. But Isak said the biggest factor that stops people from seeking mental health help is the stigma.

According to the National Alliance on Mental Health, or NAMI, the Health and Human Services Office of Minority Health said Black adults in the U.S. are more likely than white adults to report persistent symptoms of emotional distress, such as sadness, hopelessness and feeling like everything is an effort. Black adults living below the poverty line are more than twice as likely to report serious psychological distress than those with more financial security. Despite the needs, only one in three Black adults who need mental health care receive it, NAMI reported.

According to Black Men Heal, research shows that men feel pressure to conform to traditional gender norms such a toughness, fearlessness, and invulnerability to pain. It says unfortunately many Black men often suffer in silence because of fears that being vulnerable goes against masculinity ideals. It also said suicide is ranked as the third leading cause of death in Black men from ages 15 to 24.

846S commits to working with Black, marginalized, and underserved communities to co-create a safe and nurturing environment when accessing mental health therapy and help them connect with culturally competent therapists.

Isak said he knows first-hand how critically important therapy is for individuals. Isak was a college student in Amsterdam when the COVID-19 pandemic hit. Then George Floyd was murdered. He said he came back to the states to be with his community and saw the need to stay. Isak decided to take the year off. He spent many nights volunteering at George Floyd Square after Floyd was murdered. At times, Isak said it was traumatizing.

"My mother suggested that I go to therapy," he said. "After seeing the tangible differences in my ability to navigate my own emotions, I wanted everybody to have to opportunity to sit down with a mental health professional, in my community," Isak said. "The anguish in my peers and in my homies and in people I did community work with over the summer, that’s when I saw the need for mental health access," he said.

That’s where a big vision for 846S comes in. The organization is raising money to build a one-stop shop youth mental health and wellness center where they hope to include things like satellite offices for therapists and social workers, a computer room for youth to have access to the internet and to do work, and a youth-run coffee shop. Isak knows it is a major undertaking to try to raise money for a center like this.

"It’s definitely a large sum of money, we don’t have it nailed down for sure," Isak said. But he knows it needs to be done. "I think it’s long overdue that Black people in the south side, Black and brown people, have a place to go to take care of themselves in that respect and also just a place that they can go where they can just imagine," he said.

Isak and his friends involved with 846S don't stop there. They also have a Black and youth-led mental health podcast called "2 Keep It a Buck" where they have candid conversations about their own mental health journey.

Again, Remi has the title. But it's the youth leading him. He watches his son and his friends in awe.

"I’m proud of the fact that he’s risen to the occasion and is dealing with the community in such a way that is very engaged," Remi said.

Remi is not a licensed therapist but has a background in public health. His role is to connect people who want or need help to professional mental health experts through 846S.

"Doesn’t require a license to listen to community members and that’s what those chairs sitting around are providing for the community," Remi said.

In the meantime, Isak looks out on the names like Philando Castille and Breonna Taylor that this country has grown too familiar with.

"There’s a lot more room in this patch of grass for some more names," Isak said. "Honestly I just hope I’m not one of them," he said.

That's partly why his resolve to get his community access to help, remains strong.

"It can really help with that feeling of hopelessness and emptiness," Isak said.