As she rolls out three mental health-related bills, Senator Smith opens up about her struggles with depression in our "Mind Matters" series. 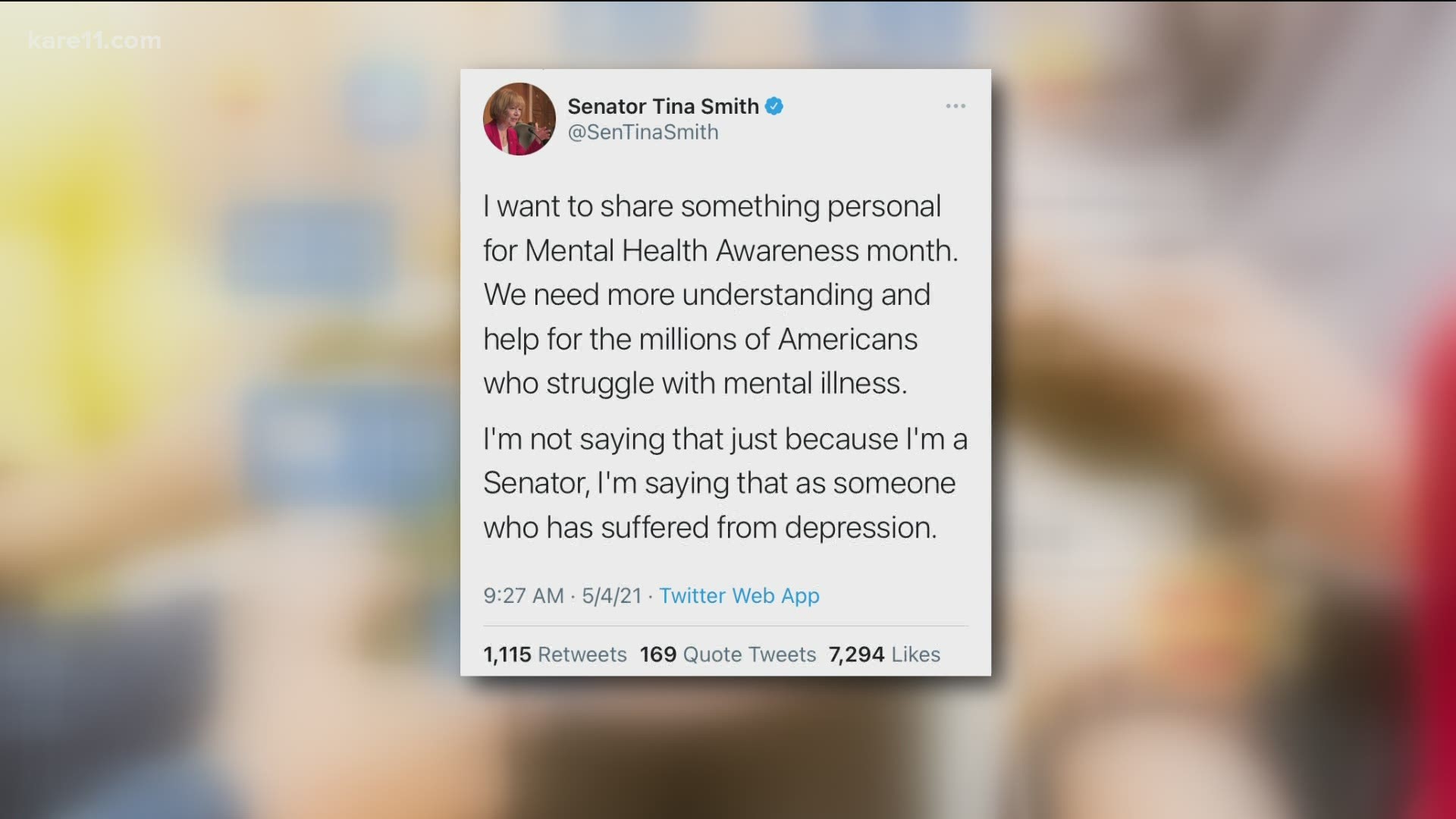 MINNEAPOLIS — We've known her as the Lieutenant Governor of Minnesota and now as a U.S. Senator.

"Those things that did give you joy, they don't anymore," Smith says. "It's like the engine has stopped running."

Smith says her struggles with depression first started when she was in college when, what felt like a rough patch, wasn't coming to an end.

"I described it as all of the color just draining out of my life. All of the things that would give me joy, would make me happy, would give me a sense of contentment – it was just gone," she says. "I couldn't figure out how to get it back."

She says her roommate finally suggested that she get some help. Smith ended up working with a counselor in the student health center and got the tools to get better. Then, that familiar feeling creeped its head again when she was in her 30's as a new mom.

Smith also remembers one night when her husband was away on business.

"I just had kind of a panic attack, like, I can't cope, I can't do this," she describes. "I called a friend and I said – I need you to come over here. I need you to help me kind of breathe."

That reaching out, she says, led to things like starting medication to help her out.

Today she says she's in a good place.

Earlier this month she posted a thread on Twitter sharing her experience with depression. Her tweets tell her followers that she wants anyone who's struggling with their mental health to know they aren't alone.

"This is the treachery of mental illness – you start to think that you're the one – that it's your failing – it's your weakness," she says. "You would never think that if you broke your arm."

This isn't the first time Smith has talked publicly about her mental health. In fact, she shared her experience with depression on the Senate floor back in 2019.

These days she says she pays close attention to her mental health and carries with her the lessons of what has helped her in the past.

KARE 11's Bryan Piatt asked her what she would tell that version of herself that was struggling and calling her friend for help.

"I would say – you did the right thing. You knew when you needed help and you asked for it and that's exactly what you should have done," Smith answers. "Asking for help is a sign of strength – not a weakness."

One of them would provide student loan forgiveness to therapists who practice in areas where there's a shortage of mental health services - like rural areas.