Chrissie Hodges, a mental health advocate, shares her experience with addiction to social media in this week's "Mind Matters" story. 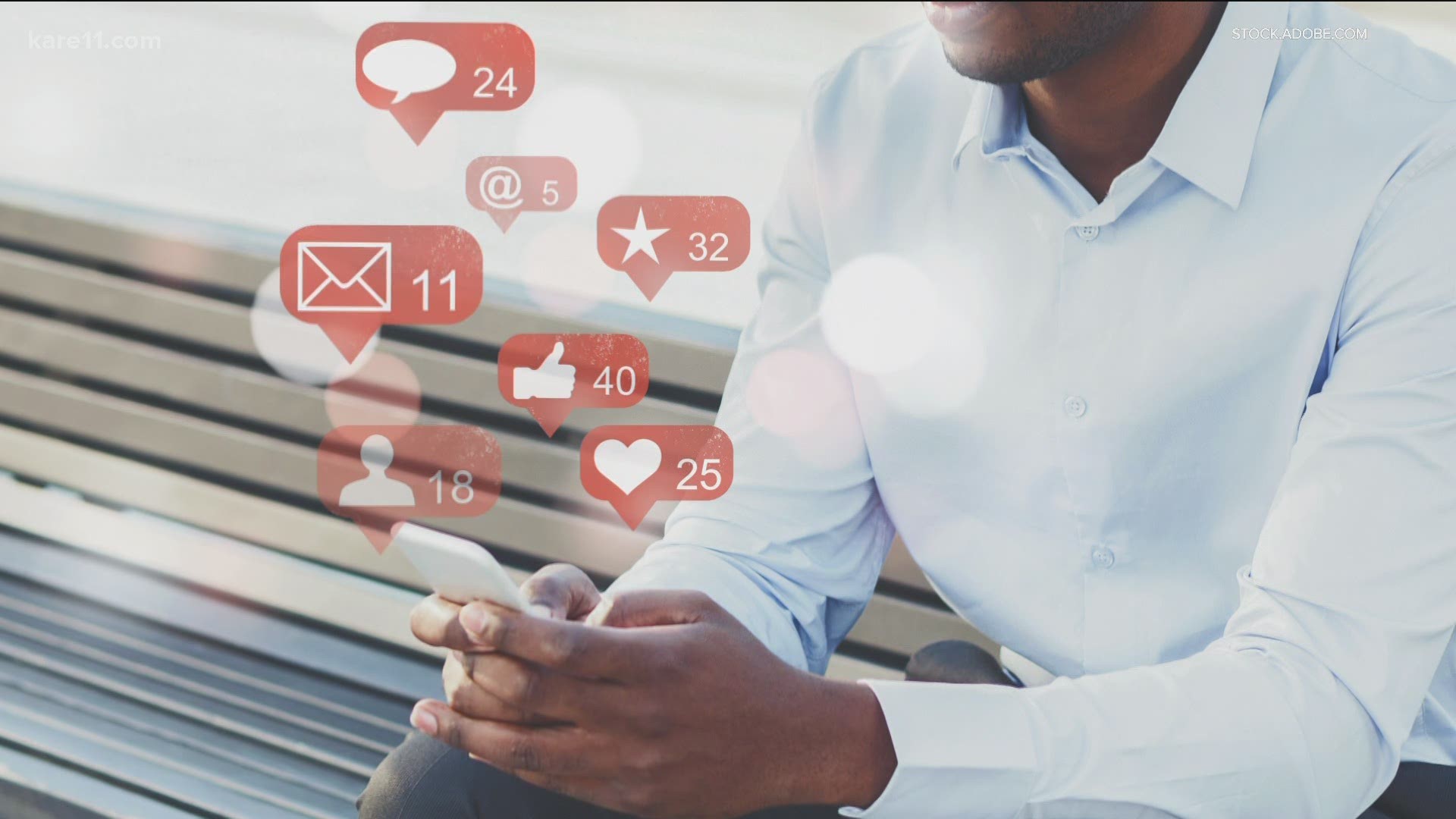 "When you talk about hard things, people feel empowered," Chrissie says. "Someone else is talking about it, so can I."

As someone who's seen the power of community that social media can create, there's also a downside.

"I have a love-hate relationship with social media personally and career-wise," Chrissie says.

Chrissie says that, especially after branching her advocacy onto Instagram, she started to notice that social media had gone from a place to help others heal to an addiction.

"I was losing my connection to my world and social media became my whole world," says Chrissie. "It was not fulfilling, and I was feeling empty and restless every day."

Ava Beilke is a social media coach and takes what she calls a "heart-centered approach" to our relationship with the apps.

"Your social media is in balance when you can open up the app, spend some time on it, and walk away either feeling inspired, motivated, educated or connected," Ava says.

To help you do that, Ava recommends a few things:

"Controlling your usage and not letting social media control you," Ava says.

Chrissie made a deal with herself.

She has to engage with social media before 9 a.m. every day and then she doesn't go back on until after 6 p.m.

As that connection to herself grows, the message to her online community remains strong.

"I want them to feel heard and to feel seen," Chrissie says. "If they're across the world they can be like - that chick in Palmer Lake, Colorado I feel like is my best friend and she's right here with me tonight. That's what I want."