Minneapolis is Redfin's most bikeable city in U.S. for 2020

The rankings, based on data collected from Bike Score, a tool Redfin uses to calculate the bike-friendliness of neighborhoods, cities and addresses.

MINNEAPOLIS — An annual ranking by Redfin says Minneapolis is the most bikeable city in America.

The rankings are based on data collected from Bike Score, a tool Redfin uses to calculate the bike-friendliness of neighborhoods, cities and addresses. Scores are based on several factors including access to bike lanes and hilliness. Communities where daily errands can be accomplished by bike score 90 points and above, cities where biking is "convenient" for most trips score 70 to 89 points and cities with some bike infrastructure score 50-69 points.

Minneapolis finished first for the second year in a row, followed by Portland, OR and Chicago.

In both Minneapolis and Portland, Redfin says local government has committed to creating new bike infrastructure for environmental, health, affordability and safety reasons.

Minneapolis earned its top score based largely on hundreds of miles of both on-street and off-street bike lanes.

"Fair-weather bikers like myself are out in full force during the summer months in Minneapolis, but you still see bike commuters with ski goggles year round," said Twin Cities Redfin agent James Garry.

"Homebuyers moving to Minneapolis from a different area are always pleasantly surprised by how easy it is to bike everywhere here. The streets have dedicated bike lanes, many of which connect to suburban trails, and a lot of companies provide locker and shower facilities for bike commuters. The city's bike culture is especially important to buyers looking at downtown condos, as they're often looking to get rid of at least one car," Garry explains.

Mayor Jacob Frey, himself an avid biker, was obviously proud after Redfin named Minneapolis the top bicycling city in 2018.

“As both a mayor and a bicyclist, I place a high priority on sustainable and inclusive transit,” said Minneapolis Mayor Jacob Frey. “Our greenway, our nationally-renowned parks, and our city’s commitment to creating streets safe for everyone have helped make Minneapolis a national model for bike and pedestrian embracing infrastructure. This first place finish is a testament to our collective commitment to the Minneapolis model for meeting the transportation, safety, and environmental demands of the 21st century.”

Redfin is  a technology-powered real estate brokerage, based on sellers paying a lower fee than in most transactions, usually between 1 and 2 percent. 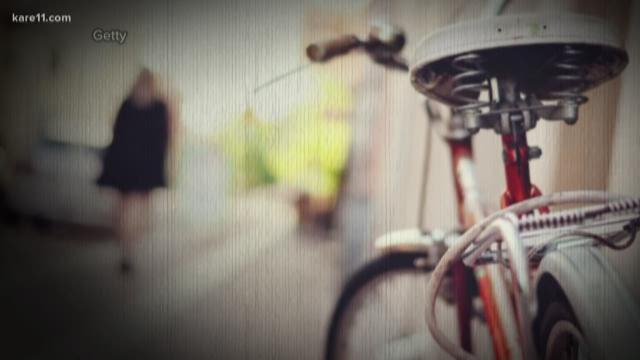 RELATED: A tale of two travelers: Bicyclists vs. motorists